Easily the most popular recipe on my blog, this baked sweet and sour chicken is a miracle of a dish. Baked, not fried, it has been a family favorite for over a decade! 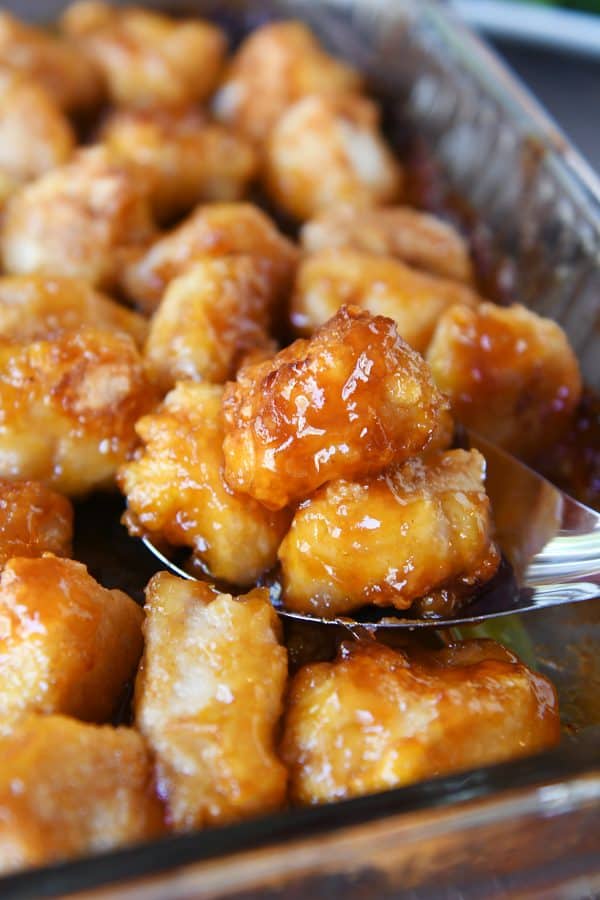 Invented on a college budget almost 20 years ago, this baked sweet and sour chicken is the most popular recipe on my blog. And even better, it still remains one of our family favorites.

You may have seen this recipe floating around the internet; it’s everywhere! And for good reason. It’s crazy delicious.

But I’m happy (and yes, a little proud) to acknowledge that the delectable sweet and sour chicken recipe originated here (posted way back in 2008, it was one of the first recipes I ever shared on my blog!). 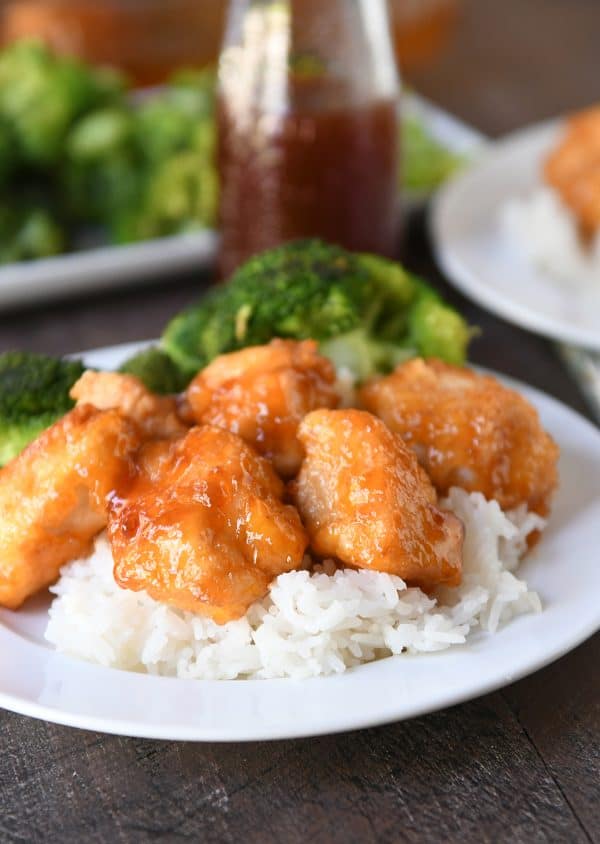 With over 800 comments, 50+ 5-star reviews, and almost half a million pins/shares, that quick glance will tell you there is something special about this recipe.

If you’re new to the world of baked sweet and sour chicken, let me give you a quick rundown.

First, this recipe, while delicious and absolutely and totally worth it, is going to be a bit more work than your average Tuesday night spaghetti.

It’s not complicated. It’s not hard. But it’s also not a 30-minute meal. So with that caveat in place, here’s the 5-second overview. 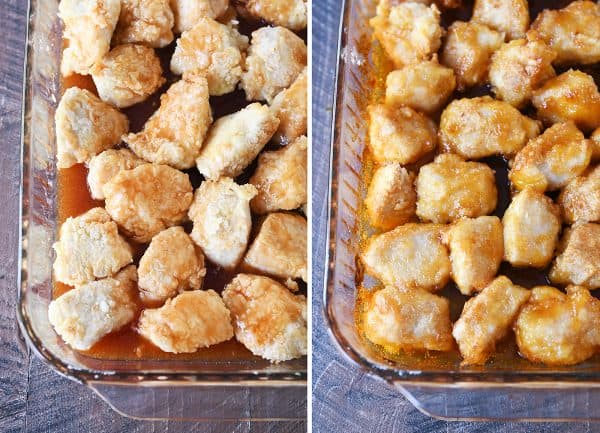 Chicken pieces are coated in cornstarch followed by a quick dunk in a bath of lightly beaten eggs. They are then dropped into a piping hot skillet with a smidgeon of oil and browned quickly before being crammed in a single layer in a baking pan.

The super easy sauce is whisked together, poured on top, and the whole sweet and sour chicken concoction bakes for about an hour.

There is just the right amount of sauce for the breaded chicken pieces to bake in without becoming saturated and soggy (and allowing the sauce to thicken and caramelize while baking).

But if you are a saucy kind of person (like my husband), as I mention in the notes of the recipe, you can very easily whip up another batch of sauce, simmer it on the stove, and serve it alongside the tender, amazing, baked sweet and sour chicken. 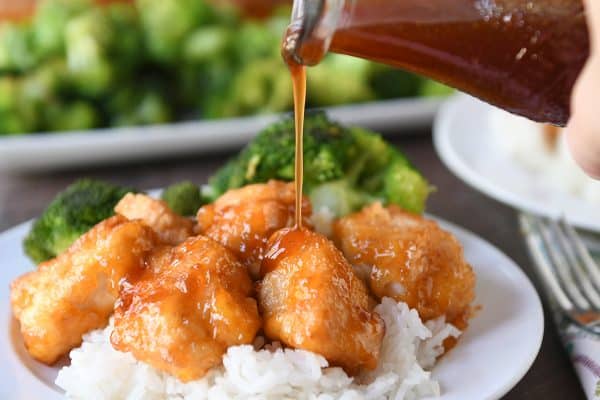 Because this recipe has been around for a long time and because there have been a lot of questions in the comments, I’ve put together a quick FAQ for your reading pleasure.

That way you can take a look at some of the most asked questions and the answers without having to filter through hundreds of comments. 🙂

Question: Can I cut down the sugar?
Answer: Many people have commented that they have reduced the sugar to 1/2 cup and I’ve done the same (if not more) over the years, too.

Question: The vinegar smell is really overpowering when I bake this. Is that normal?
Answer: Yes. Vinegar, while baking, gives off a strong aroma, but the strong aroma/taste bakes off during the recommended time in the recipe leaving a delicious sweet and sour taste.

Question: Can I cut down on the amount of vinegar because of the aforementioned question?
Answer: That’s up to you. Many people in the comments have adapted the recipe ingredients; however, other than sometimes reducing the sugar to 1/2 cup and using a different type of vinegar (see the question below), I make the recipe as written and can’t vouch for results for other adaptations. I have made this sweet and sour chicken recipe at least 50 times (probably more) and even though the vinegar seems overpowering, the recipe works. Promise. If you are determined to adapt the vinegar, several others have used half vinegar and half pineapple juice for a milder taste (but you’ll lose a bit of the sweet and sour punch). 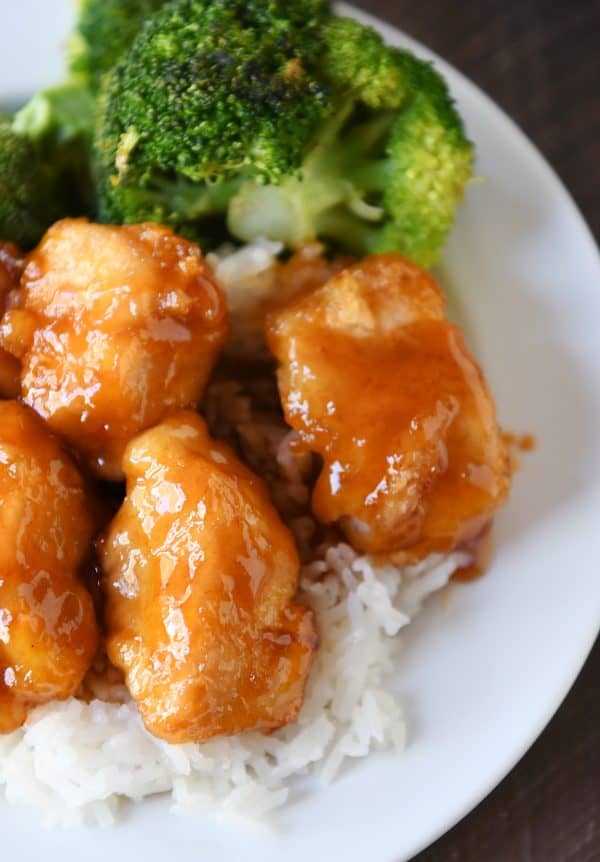 Question: Can I sub something for the cornstarch? Flour?
Answer: All-purpose flour will not give the same light coating as the cornstarch. The only decent substitute I’ve found is tapioca flour/starch. Works great!

Question: Surely there is a misprint in baking time. An hour for small chicken pieces? What’s the deal?
Answer: I encourage you to make the recipe as written. Like I said above, I’ve made this recipe many times and the hour baking time is not a typo. Keep in mind that you don’t want to cook the chicken through while browning it. That step should be a quick flash in the pan in hot oil in order to give the chicken a crispy outer layer, but the pieces should still be raw in the center. Many have commented that they have cut the baking time down to 30 minutes. You can try that; the sauce won’t thicken as much as if baking for the full hour.

Question: Are you sure I’m supposed to put the chicken in the cornstarch mixture before the egg? That just seems wrong.
Answer: I’m not often right, but in the case of cornstarch and egg, I am. The chicken is coated with cornstarch and then dipped in egg.

Question: Can I add pineapple or other veggies to this while baking?
Answer: I don’t see why not! Many commenters have tried that with good results.

Question: Can I prep this ahead of time? Can it be made into a freezer meal?
Answer: I have not tried either but feel free to experiment! Someone commented in the 500’s about freezing the sweet and sour chicken if you want to look up specifics.

Question: What kind of ketchup do you use?
Answer: I always try and use the Heinz Natural brand (without HCFS) but when I can’t find it, I go with regular Heinz. 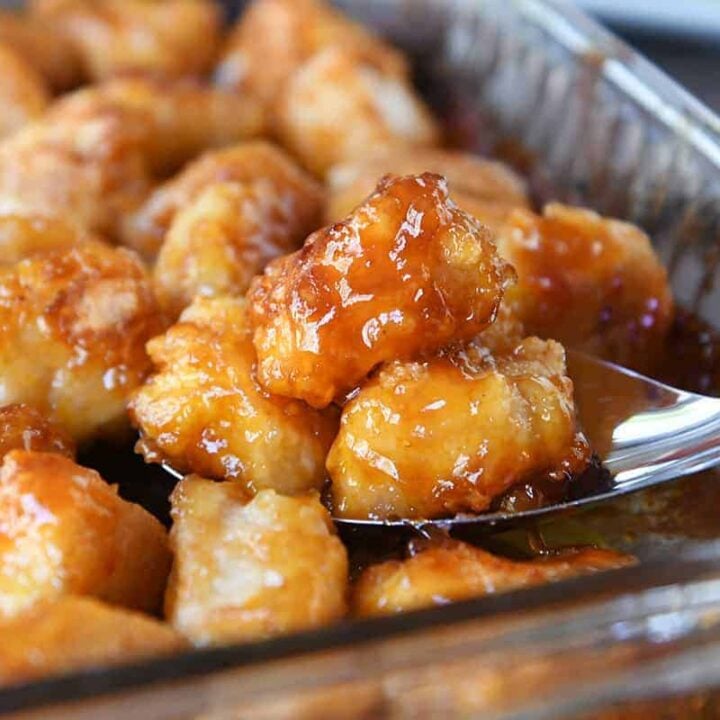 FAQ's: see the recipe post for a ton of FAQ's about this recipe (substitutions, etc).

Sauce: if you like extra sauce, double the sauce ingredients – pour half over the chicken and follow the recipe instructions; pour the other half in a small saucepan and cook the sauce on the stovetop at a simmer for 8-10 minutes until it reduces and thickens. Serve it on the side of the chicken. 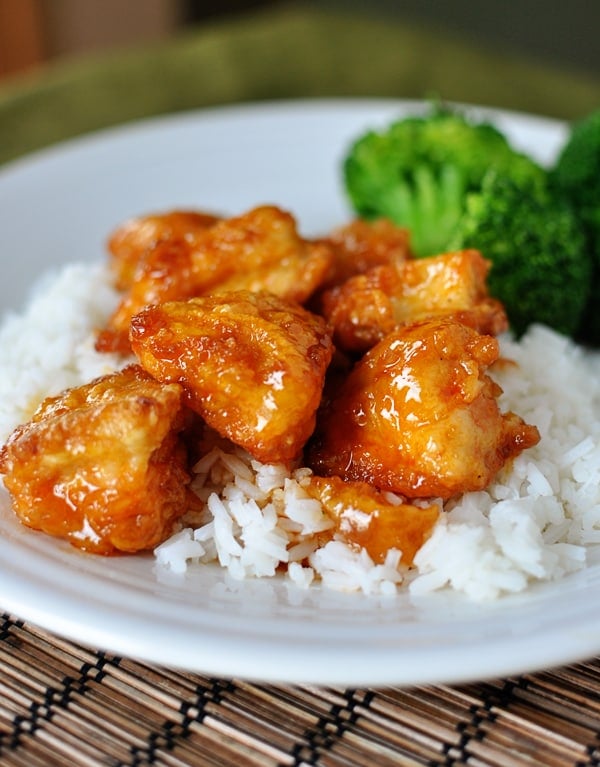 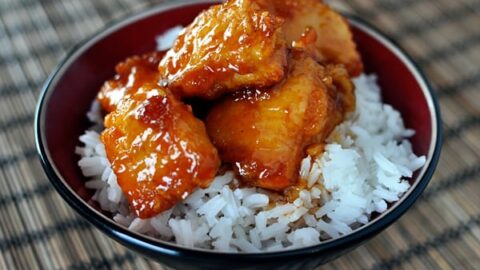 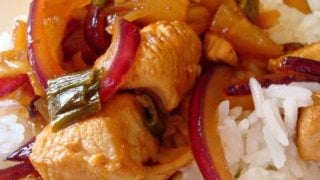 Sweet and Sour Chicken with Pineapple and Red Onion 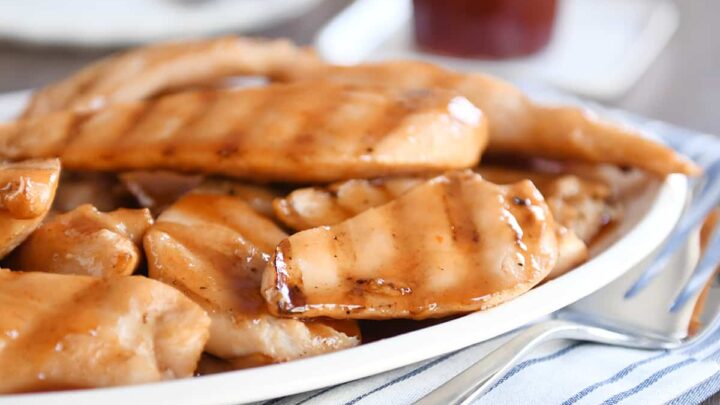 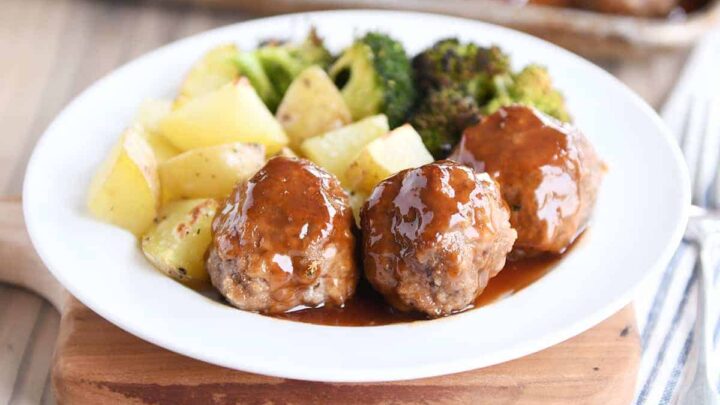