So before I get into the nitty gritty, thank you so much for all you said last week to get me out of the funk of a bad week. I’m realizing more and more how mentally challenging running is and sometimes I lose that battle. But after reading through your comments, it really did help me to reflect on how far I’ve come and how this is often so much more than just running. So thank you…more than you know. I was so inspired by all of you who have accomplished goals of your own and started running/exercising recently.

Ok, on to a quick update for last week!

-Monday: two shorter {free} FitnessBlender.com workouts (this one and this one) late at night after spending the whole day thinking I might actually run 5 miles (hint: I didn’t)

-Tuesday: ran 5 miles in the early a.m. – loving that it’s getting light slightly earlier now. The run was pretty decent overall; I’ve been alternating listening to audiobooks and music. Changing it up helps my feet keep going.

-Wednesday: did a 30-minute strength training workout borrowed from my cousin (a Chalean Extreme workout and LOVED it, loved it).

-Thursday: ran 4 miles at our elementary school track in the early a.m. Track running’s a little boring but I was happy to get the miles in (even if it was a pretty slow run overall).

-Saturday: ran my 10K! A few overall thoughts below… 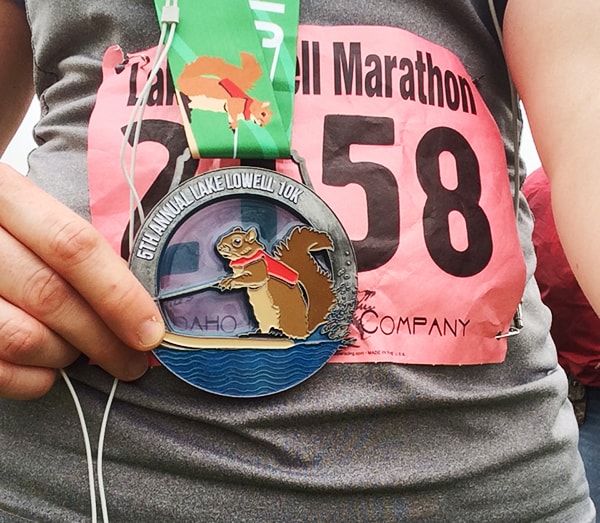 -I was so nervous, it’s almost indescribable. I know that sounds silly because it’s only six miles but I haven’t run an official race in over a decade. And my nerves almost got the best of me – like, I almost backed out.

-Brian told me if I backed out, I couldn’t make a new recipe for a month. So I powered through my stomachy nerves because you know that I know that food is my life. It was a local race about 25 minutes away – I drove out there while Brian held down the fort (meaning: took all five kids to weigh Jackson in for his wrestling tournament and then took them all to two rainy, cold soccer games, one of which he was coaching, and I met them there after I was done running; he’s amazing and clearly very supportive). 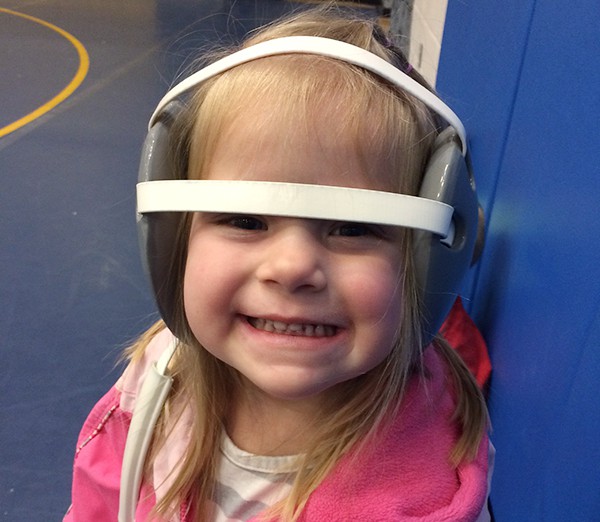 -Running alone has been my style all along except for occasionally running with Brian or the kids. Which basically means I was a bit out of touch with how running in a pack like that would mess with my mind. I was worried when so many started out like they were sprinting a 400 meter race and it made me wonder, “am I running fast enough” or “why am I so slow” or whatever. Overanalyzing = me. It was easy for me to want to keep up with those in front of me but I had been warned enough not to start too fast out of the gate so I held back and tried to keep my regular ol’ pace.

-I ended up running it in about 1:01 with a couple gatorade stops and a potty break thrown in there and a little rain coming down at the end. I had absolutely no time or goal in mind for finishing so in my mind, I was just happy I finished. And I have no idea how that time fits on on the running spectrum but hey, it’s a PR, right?

-I’m really sore sitting here tonight. Like, I’m kind of worried to stand up and get ready for bed. I might need assistance.

-Since this is my most current race experience, my main take away from this is that running knows no stereotype. And I loved seeing that today. I literally was passed by a blazing fast 75-year old grandma and later by a rock star of a guy wearing a prosthetic leg. There were teenagers, middle-agers and strolling-pushing parents. Super thin, muscular runners and stockier, heavy runners. Runners that clearly had run 100’s of races and others who were newbies (hello, me!!). It was fascinating. I’m kind of a people watcher by nature and that facet of the race was so interesting to me it made the running time actually pass faster than if I had gone out and run 6.2 miles in my neighborhood. I was so inspired by all the levels of fitness out there running today. Even though I didn’t speak to another soul, it felt unifying somehow. 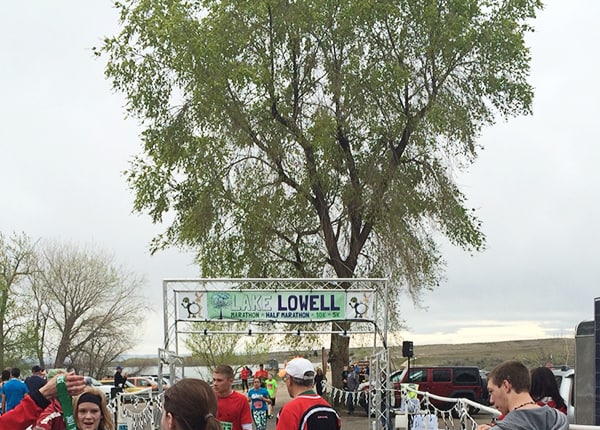 I’m obviously not the first person to ever run a race; it’s not like this is a unique, singular experience but I feel awesome for completing another milestone that I never thought would be possible 11 weeks ago.

This next week marks moving up from running 3X a week to 4X a week until race day (June 16). The plan on my training schedule is to run 3 miles Monday, Wednesday, Thursday and Saturday before upping the long run to 8 miles the next week (aaaahhhh!). Is it bad that I’m kind of looking forward to a week of all 3-mile runs or is that my inner laziness coming out?

Thanks for listening to me blab. Love you guys. PS: If you see me in Costco, you better grab me and say hi! Jackie, who comments here on the running updates, did just that last week and it was so, so fun meeting her in real life even if it was while we were in the freezing produce room and I was dreaming of my parka. I wish I could meet all of you like that (although you would have to promise not to judge me based on the 32 packages of dark chocolate pretzel packages in my cart)

How was running/exercising for you this week?