Quick note: If you are going to be at the Utah Valley race on June 13, check out the details at the bottom of this post; I’d love, love, love to meet up with you and say hi!

It seems a little unreal that I only have two more weeks of training before this race rocks my world. This last week I had a few hiccups with my schedule and running and getting it all in + my long run on Saturday had me in tears, but the week is over and I’m kind of glad about that.

Monday: it was Memorial Day so we took advantage of family time and all seven of us (ok, eight if you count Maggie the Pup) went on a three mile jog/bike ride. It was slow and steady and fun to do as a family. Well, fun for me since I wasn’t the one pushing the stroller. Brian and the two older boys are trying to get ready for the 10K they’ll be running the same day I do my half so it was good to all get out there together even if we were sweating buckets at 8 a.m. 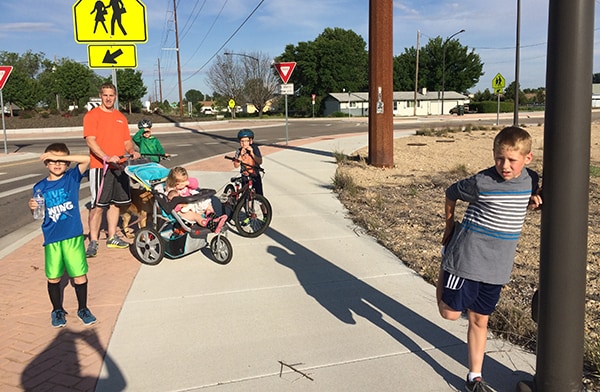 Tuesday: I did a little stretching in the morning (like, 10 minutes) but that’s all I fit in + still trying to rest my leg that hurts now and then.

Wednesday: was supposed to run four miles and woke up to my alarm at 5:45 a.m. only to hear it pouring rain outside. I couldn’t bring myself to jump on the treadmill so lazybones that I am, I didn’t run today even though all day I kept thinking “I’ll do it before dinner” and then “I’ll do it when the kids go to bed.” I didn’t do it and I felt lame but I had so, so many other things to get accomplished that running fell by the wayside today.

Thursday: redeemed myself slightly by meeting my friend Deb in the early a.m. and running five instead of four. It actually felt pretty good and that one problem area on the back of my right leg didn’t bother me a bit.

Friday: I thought I might run two miles today to make up for the mileage lost over the week but instead the kids and I rode our bikes in the scorching heat of the afternoon (after spending the entire morning working our fingers to the bone inside and outside) to get sno cones. I figured since I had Miss Cam on the back of my bike and part of it was uphill, that counted as my cross-training/running today. 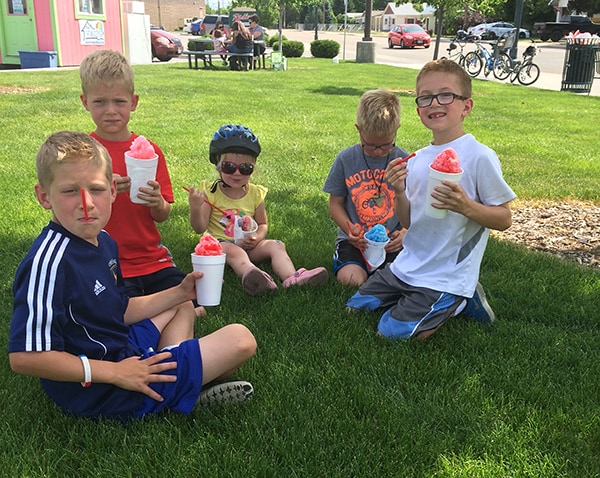 And then later that night, I had a hot date with this truck full of sand. I unloaded the entire thing in preparation for finishing our chicken coop and my back and arms and abs were feeling it (and I’m not talking feeling the love, I’m talking feeling the pain). Yowza. 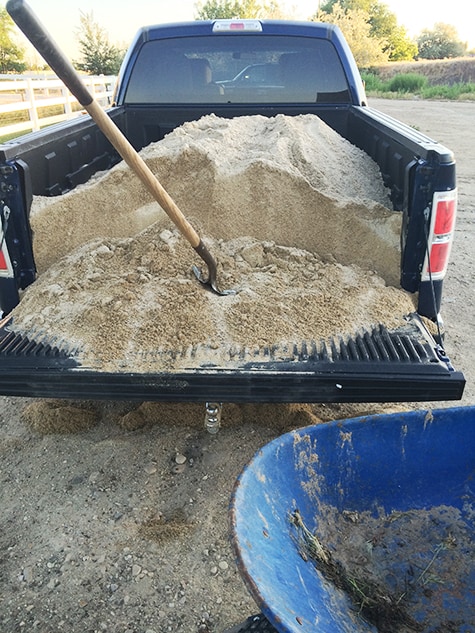 Saturday: I woke up a little before 5 a.m. to tackle my 10-miler this week since we had company in town again and I wanted to be back to make breakfast for everyone. A friend of mine, Kim, who has recently decided to run a half-marathon texted me earlier in the week saying she was running seven on Saturday and we decided to do our long runs together. She runs fast – like 9:30 minute miles – and I was nervous about that but told her to not feel bad if she needed to leave me in the dust. In the end, we averaged about 10:05 miles which is quite a bit faster than I usually run on my long ones even though I know that’s not really super fast in the running world. When she split off to go home (after 7 miles for her and 8 1/2 for me), leaving me with my remaining couple miles, I actually thought I might not make it. My legs were tingling and achy and I think I know what it means to officially “hit the wall”. My friend, Areli (who I ran with a couple weeks ago), ended up meeting up with me for the last mile or so at which point I was pretty much in tears. By the time I got to 10.5 miles near my house, I couldn’t run another step and wondered if I’d have to crawl home. A couple of my toes were bleeding (I have no idea why, it hasn’t happened before) and my knees hurt terribly which hasn’t been a problem for me yet either. Quite frankly, I was a mess.

This run definitely taxed me and left me feeling a little insecure about everything, not to mention feeling very sore, too. I took a few ibuprofen in the afternoon and it seemed to help (with my headache and my sore hips and legs) especially since much of the day was spent doing work outside (we are desperately trying to get our chicken coop finished among a thousand other tasks). Bethany suggested in the comments of last week’s post to try a bath with peppermint oil as a substitute for scary ice baths. I meant to try it today but ran out of time – will definitely see how it works soon, though. I like the idea. 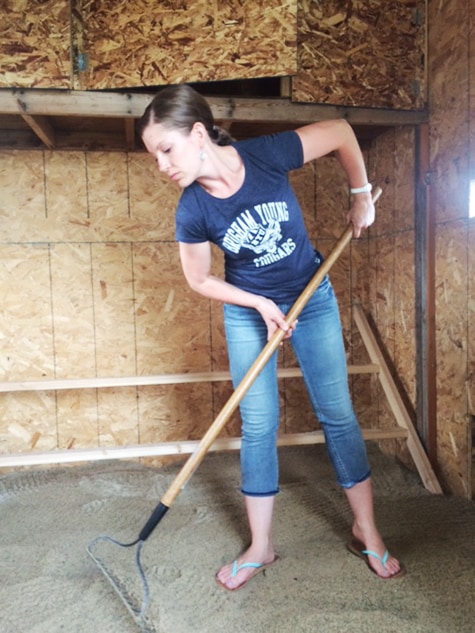 Monday: run 3 miles
Tuesday: rest day (my legs need it) but hopefully will do some stretching/yoga
Wednesday: run 4 or 5 miles
Thursday: run 3 miles
Saturday: run 5 or 6 miles (starting to taper for the race; I’ll be at a family reunion on the coast of Oregon on this day so will have to be creative about how to get the run in)

Details on Meeting Up After the Race

It will be quite a party after the race or so I hear. Tons of fun and booths and food and massages at the finish line…and lots and lots of people. After the race(s), I’ll be hanging out in a little spot to the east of the bag pick-up so if you want to stop by and say hi (please, please do!) look for the blue-topped canopy in that area. Even if you aren’t running the race and are close enough to come and drop in, I would love it so much! You know, just as long as you realize I’ll be stinky and sweaty and chugging gatorade and ice cream (will they have ice cream there? oh, please have ice cream there). I’ll probably be under that blue canopy for a while after the race ends so make sure to comment and let me know if you’ll be in the area so I can keep my eye out for you.

Your support has meant so much to me over the last 18 weeks. I can’t even describe it. I never, ever would have come this far and continued training if it wasn’t for this fun/crazy/loving/supportive/virtual support group. Maybe it’s weird and not entirely socially normal, but in my toughest running moments, I know deep down that I’ll be ok because I can bring my fears and emotion and successes and challenges here and you have my back. It sounds trite, but I mean it: I’d be lost without you.

Thank you so much. So very much.

I’ll be posting one more training update next week (might be a few days late thanks to that family reunion) and then probably a recap after the race. I can’t believe our time together is coming to an end but I’m ready to get this race checked off my bucket list!