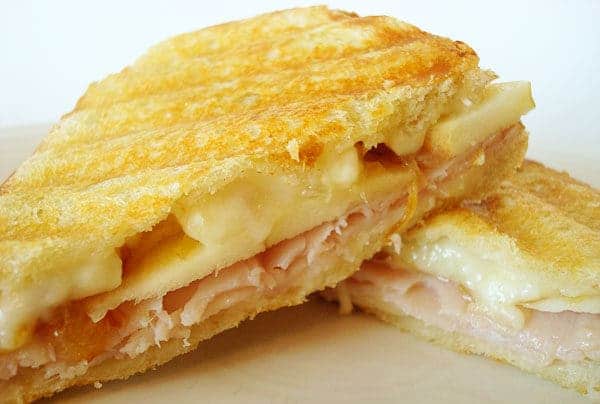 I’m about to go out on a limb and declare something here and now. This was the best sandwich I’ve ever eaten.

Really. I’m not lying. I’ve heard of people doing crazy things like putting sliced apples on sandwiches and figured I might as well try it if I wanted to form a real opinion.

I made this concoction on a whim due to some brie that landed in my fridge via my husband’s cheese cooler at work (don’t worry, he paid for it!), and seriously, as I was eating this, I would devour a bite then look at my husband and roll my eyes in delight, eat a bite then look at my 5-year old and say, “is this not the most divine sandwich ever?” which was a little lost on him since he opted for a plain old cheddar grilled cheese, and the pattern just continued until the entire sandwich was gone…in a flash.

I could eat this sandwich every day for the rest of my life.

As a sidenote, I don’t own a panini press and still make panini sandwiches all the time using my indoor grill pan and a heavy cast iron skillet to press it as it grills.

And if it helps, it really isn’t much of a recipe – more just a list of ingredients layered on each other. Try it. I want you to love it as much as I did! 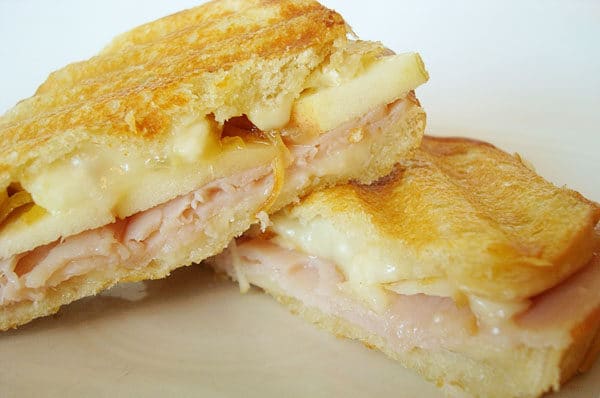 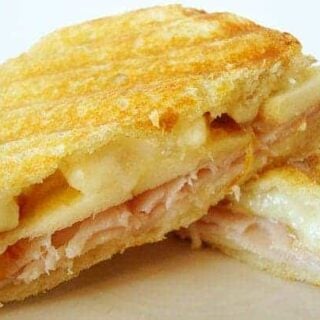 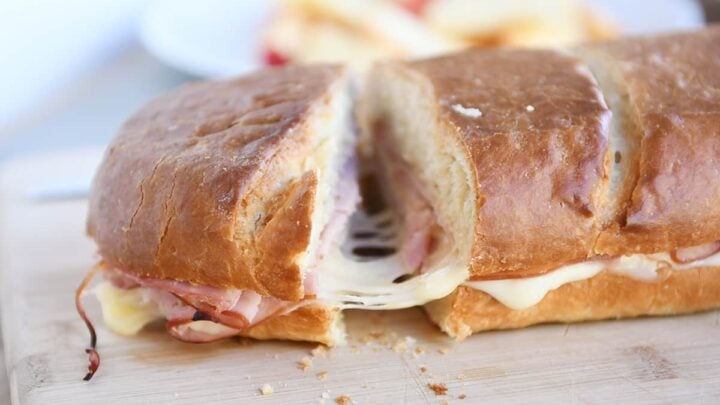 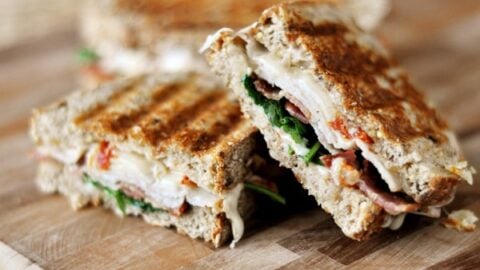 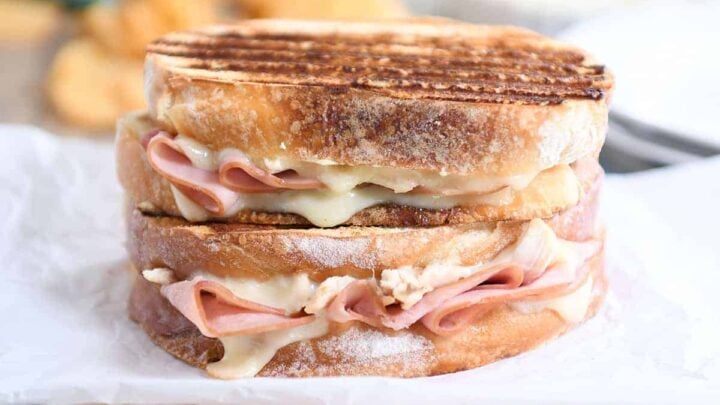 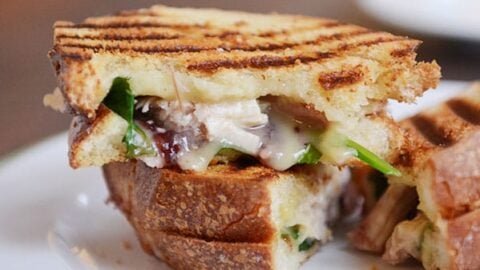