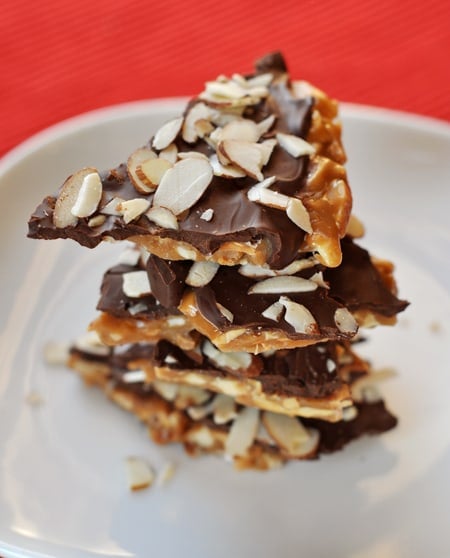 I know that some of you are candy making experts (and I’m jealous!). And others of you are probably nervous about (or completely disregarding) this recipe because it uses a candy thermometer. I get it, I really do!

Candy making is a lot of trial and error and sometimes even the most expert candy makers have failed batches of candy. I am far from an expert candy maker but I’ve been experimenting more and more with candy recipes, and let me tell you…it’s fun! And talk about feeling like a rock star in your kitchen.

Your success in using a candy thermometer lies mostly in knowing if it reads high, low or right on. Second, be willing to practice. If your first try is say, less than a stellar success, don’t give up! And third, follow those recipes exactly – now is not the time to be channeling your inner Emeril and throwing in a bam! here and there. 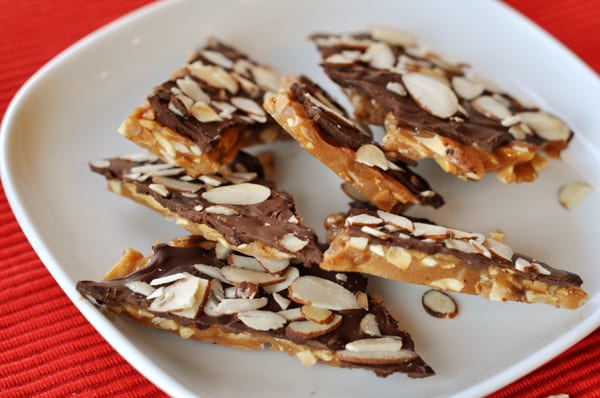 Now on to the roca…

I’ve been making this recipe for years and while you may question my self-control when it comes to treats (rude!) based on declarations of love I’ve professed for other goodies on this site, I can honestly say most things I can walk away from after about 20 taste tests.

Not this, my friends, not this. It is so delicious. And so hard to stop eating. Toasted almonds are smothered in buttery, crunchy toffee, and gloriously drenched in chocolate while still having a layer of slivered almonds atop all the other caloric goodness.

I promise that this recipe is so delicious that it alone can transform you into a confectionery rock star. Because, really, isn’t that what you’ve always wanted to be (or wait, maybe that’s just me…)?

P.S. See below the recipe for step-by-step photos and troubleshooting tips. 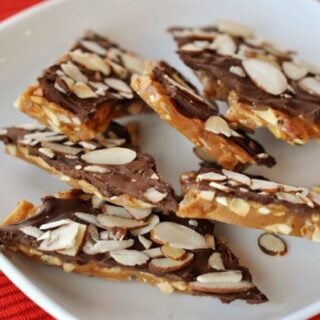 If using unsalted butter, add 1/2 teaspoon salt in with the sugar.

Troubleshooting?
-While cooking my toffee, the butter seemed to  separate from the toffee forming a greasy, buttery layer? Why does this happen and what should I do?

Oftentimes caramel and toffee can separate and form a layer of butter on top of the boiling mixture (or even when it is poured out on the pan). This can be caused because of a sudden shift in temperature. Be careful not to crank the heat up or down during cooking. Keep it at a steady medium-low or medium temperature. I’ve heard that if it separates while boiling you can stir vigorously until it is combined again or even try adding a pinch of baking soda to the mixture and stir until it is cohesive. If after pouring it out on the pan, you notice a layer of butter on top of the toffee, you can blot the butter up with paper towels and proceed with the recipe.

-Why did my roca/toffee turn to sugar and/or crystallize? 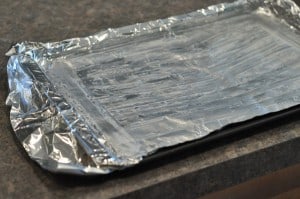 I toasted my almonds and set them aside on a plate once they were cool so I could have them ready to pour into the hot toffee. 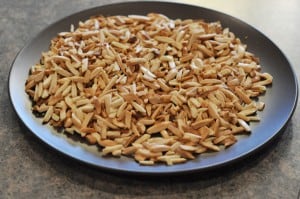 Place the butter in the pan and heat on medium-low. 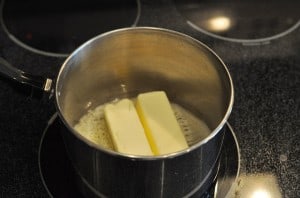 Add the sugar and stir to combine. 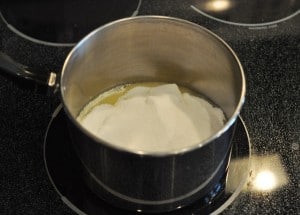 This may take a few minutes but don’t crank up the heat. You want to wait until the mixture is smooth and the sugar is dissolved. 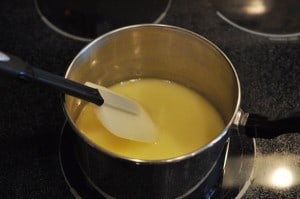 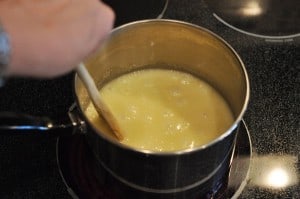 Clip your thermometer on the pot once the toffee comes to a boil. Remember to follow the package instructions for how far the tip of the thermometer should be in the liquid (usually 1- to 2-inches). 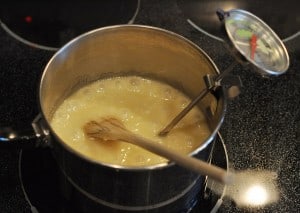 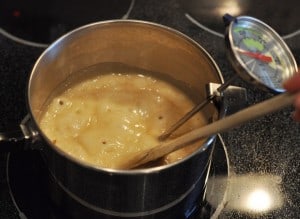 The mixture is going to turn golden. 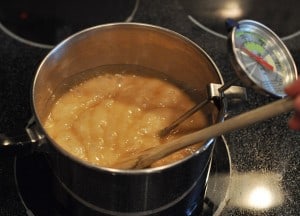 And then get even darker. 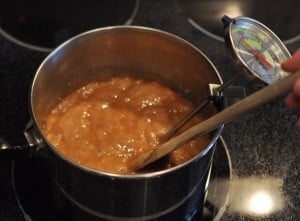 Stir in the almonds and turn out the mixture onto your prepared baking sheet, remembering not to scrape the bottom and sides of the pot while pouring it out. 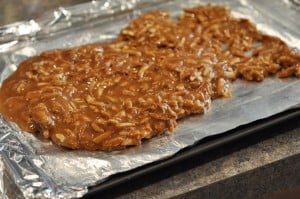 Quickly spread the roca into an even layer. It will start to harden pretty fast. 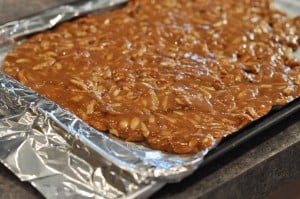 Sprinkle the chocolate chips on top. 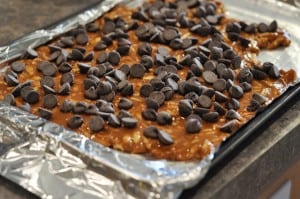 Tent with foil to help those chocolate babies melt. 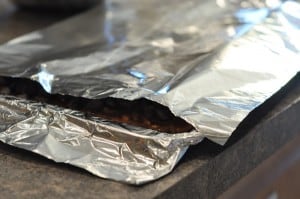 See how they get all melty-looking and delicious? 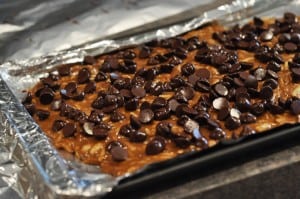 Spread out the chocolate and try not to lick the spatula. 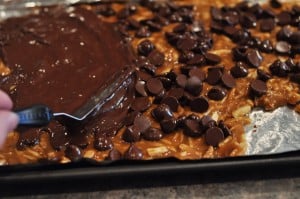 Then sprinkle the sliced almonds on top and let the toffee cool and set up. 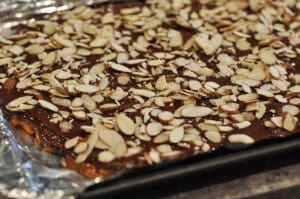