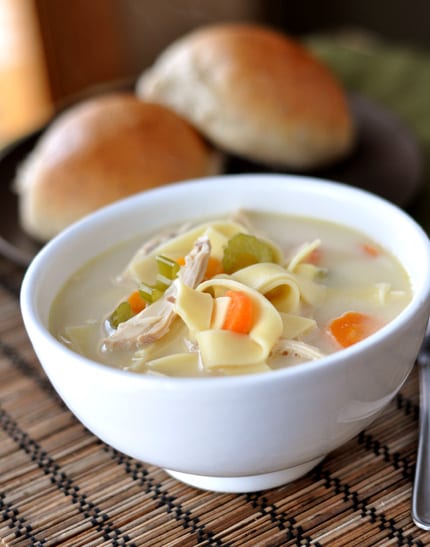 Yeah, unless you are me. I’m plenty particular when it comes to my chicken noodle soup which is why I finally decided to perfect the stuff. Here’s what I require: Lots of chicken. Lots of it.

The same goes for the noodles. And not just any noodles. Good-quality, thick noodles (my brand recommendation is down in the Notes of the recipe). The noodles make the soup, baby. Oh, and lots of flavor doesn’t hurt either.

My preference is to cook my whole chicken up in the slow cooker all day with some pumped up broth (thanks to the veggies and seasonings added in with the chicken and broth) and then throw the rest of the soup together with the slow cooker broth in a flash about 30 minutes before eating.

We love a slightly creamy chicken noodle soup, but I’ve left that part optional in case you fall among the more classic lines of chicken-noodle-soup-lovers.

Looks like I still have plenty of time to enjoy a good pot of this chicken noodle soup since we just got slammed with another six inches of snow. (Hey, Winter, it’s March already!!) 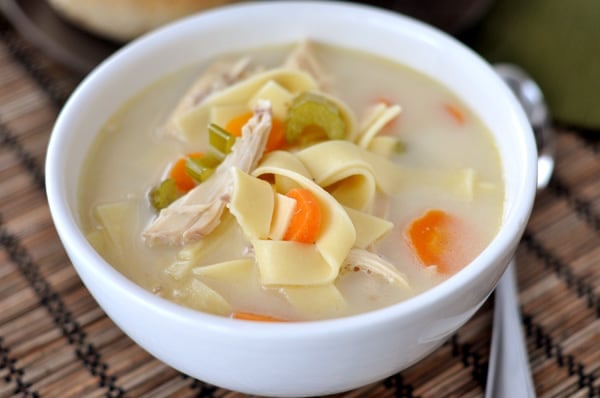 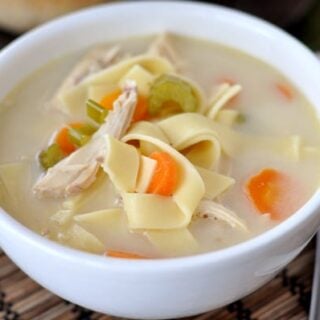 For Chicken and Broth:

Not in the market for a huge ol’ pot of soup? Well, then, keep the Chicken and Broth ingredients the same but save half of the chicken for later (freezer for another use or another batch of soup) and halve the Soup ingredients. 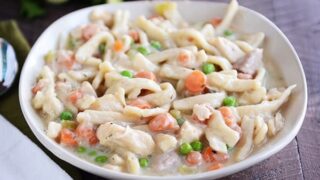 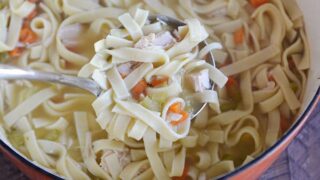 Easy Rustic Crusty Bread with Tutorial {No Mixer, No Kneading}