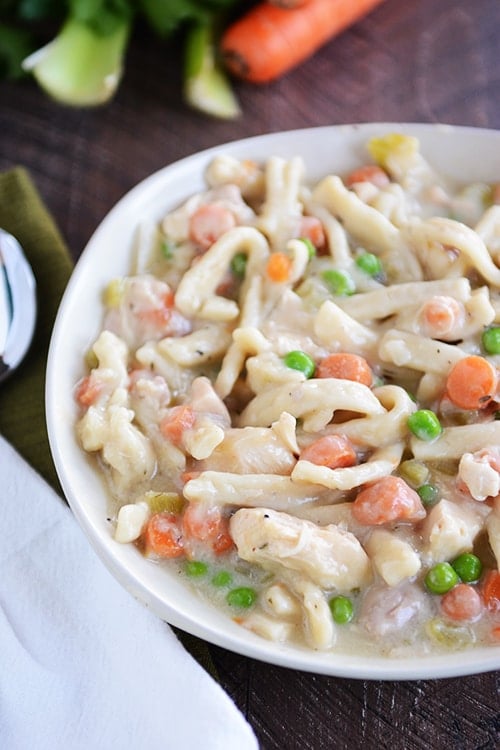 Don’t worry, I wasn’t really familiar with the concept of stew in chicken noodle form either until a little while ago.

And then it all became a bit more clear when I realized that similar dishes are often called just chicken and noodles. This stew is like chicken noodle soup but thicker, richer and magnificently more noodly.

The secret to this stew is in part the quick slurry of milk + flour that is stirred into the soup mid-boil.

The other secret? The noodles. If you want the glorious flavor and thick, hearty texture of stew, bypass the curly dry egg noodles you might often use in soup and opt for either homemade noodles (super easy, remember to cut them thick) or egg noodles in the frozen aisle. Or rather, frozen egg noodles. Egg noodles that have been frozen. Egg frozen noodles. Clear enough?

Reames and Grandma’s are popular, easy-to-find brands (my very average grocery store had them sitting right next to the frozen dough). 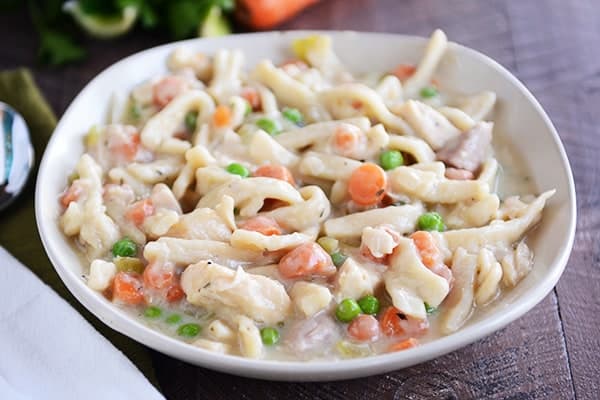 It might sound like carb overload but I’ve heard that serving a thick chicken and noodle dish like this over mashed potatoes may or may not equal heaven.

I can attest that about a decade ago when my friend, Tori, had us over for dinner and served her classic chicken noodle soup over creamy mashed potatoes, I about died. So we should probably all get on board with that. 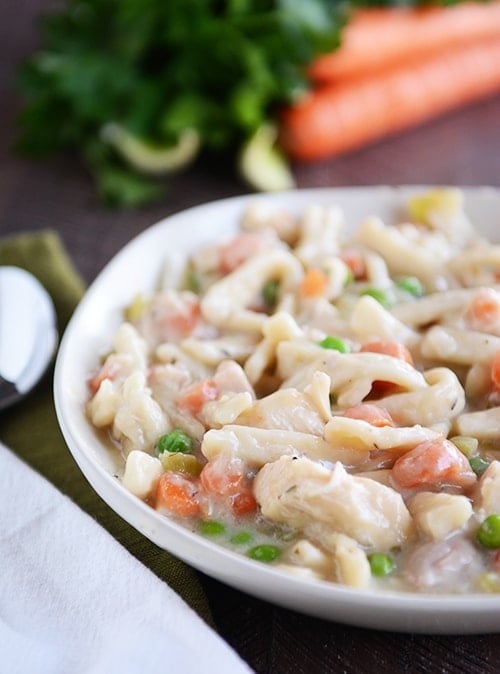 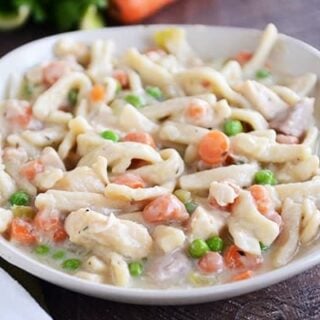 Recipe Source: embarrassingly I can’t remember exactly where I found the basic idea of this recipe (I scribbled down my version of the recipe in my notebook but I think the original, which I adapted, might have been Cuisine at Home) 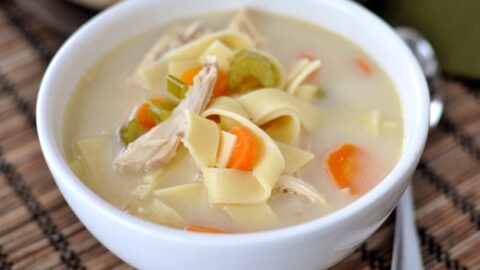 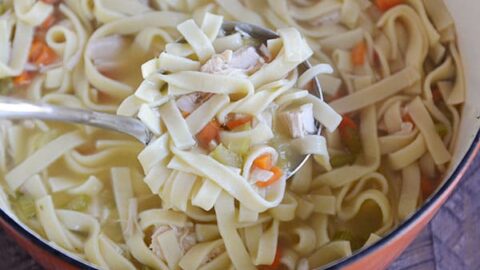