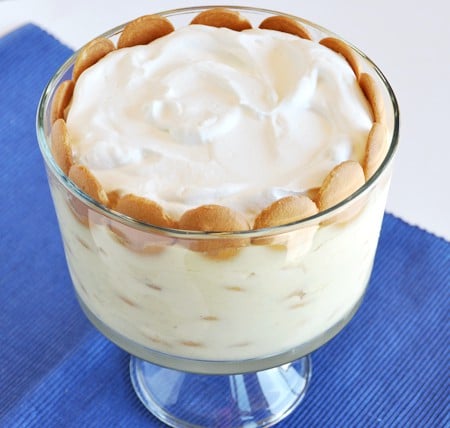 Who can resist the classic, cool, creamy concoction of banana pudding and vanilla wafers?

I’ll admit that I usually much prefer chocolate desserts, but this banana pudding trifle has nearly convinced me to change my mind.

Not only does it make you feel like a rockstar for making banana pudding from scratch, but it is such a refreshing, delicious, crowd-pleasing dessert, that all the extra work (which really isn’t hard at all!) is worth it.

The depth of flavor from using roasted bananas morphs this popular pudding dessert into a whole new level.

Rich, silky and absolutely tasty, this treat can be made up to two days in advance and actually benefits from a longer refrigeration time – helping the pudding set up and the flavors meld together.

I brought this to a potluck BBQ and let me just tell you that kids and adults alike went crazy for it.

I think this dessert has a magical way of bringing out the kid in all of us. Lucky for whoever makes this, the presentation is pretty and elegant enough to serve toddlers or totterers.

That is, until you dish it up, because despite my best efforts, it looked like complete slop when it was served. Oh well. It still tasted absolutely heavenly. 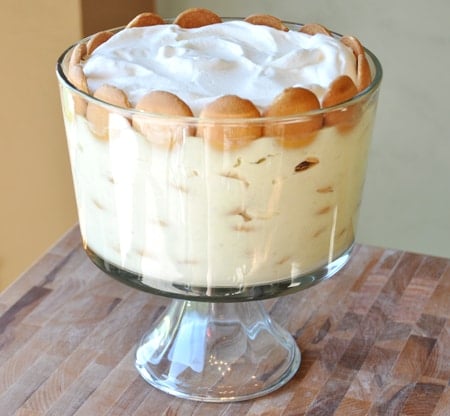 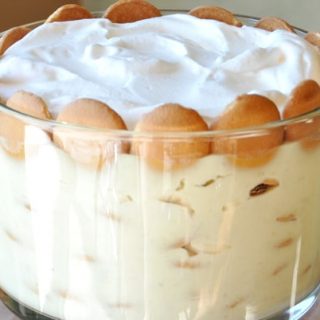 Make-Ahead: this pudding can be made up to 2 days in advance!