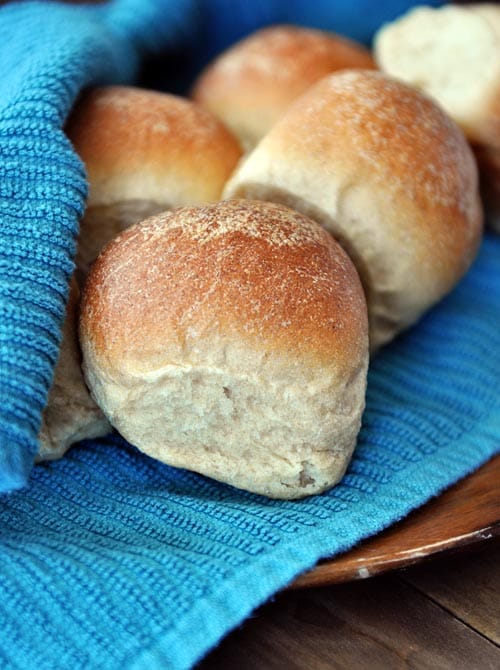 News flash! Whole wheat rolls don’t have to be dense and built-like-a-brick. Promise.

These fluffy whole wheat dinner rolls are as light and scrumptious as their French Bread counterparts. And when I say whole wheat, I mean the real deal whole wheat. As in 100% whole wheat.

None of this put a quarter cup wheat flour in a recipe with six cups white flour and call it whole wheat stuff.

For the last several years when making the aforementioned French bread rolls, I would just throw in part or all whole wheat flour in order to up the nutrition a bit.

They were ok. Not as delicious as the all-white flour version, but not terrible.

It’s rare that I make any bread or roll without subbing in at least part of the white flour for wheat thanks to my beloved wheat grinder sitting on the counter just waiting to fulfill its purpose in life (and the fact that white bread is like dessert to my kids – they think something extra special, like the end of the world, for instance, is happening when the bread or rolls in our house aren’t brown).

No one in my family really complained about the whole wheat rolls I would make, but in my heart I knew they could be about a million times more fluffy and yummy and equally as delicious as the white flour version. 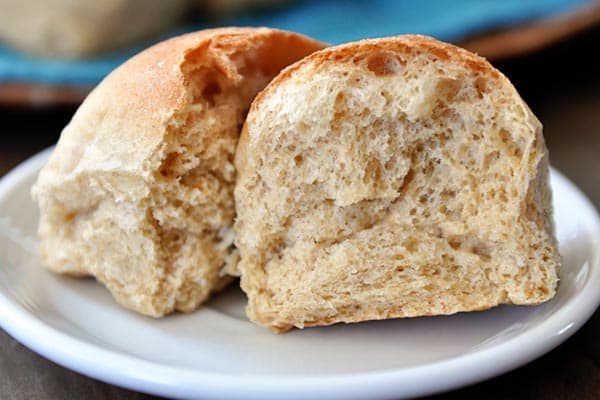 Who knew the solution would be so easy?

I took a simple ingredient that I use in my whole wheat bread recipe and added a bit of it to this roll recipe along with 100% whole wheat flour. And whatdyaknow? The most amazing, fluffiest whole wheat dinner rolls on the planet.

It’ll be our little secret that there isn’t a speck of white flour to be found in these babies.

If you’ve already made the French Bread rolls, you’ll know they are one of the most foolproof bread recipes out there and a grrrreeeaat place to start if you are knew to the world of making your own yeast breads.

This whole wheat version? Despite a few extra minutes of kneading time, they are equally as simple.

As always, one of the biggest keys to yeast bread success is to not overflour the dough. Otherwise, you will end up with little brick-ish lumps and your heart most definitely will not be singing hallelujah to the fluffy roll heavens. 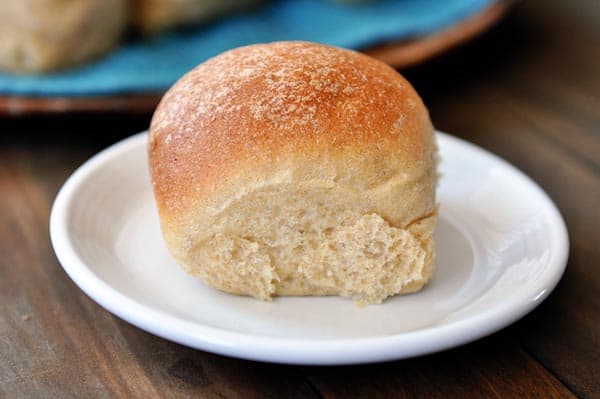 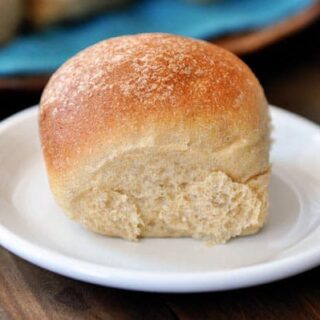 Flour Amount: as with all yeast doughs, I never use the flour amount called for in the recipe as a hard fast rule. Because humidity, temperature, altitude and a multitude of other factors can impact how much flour you need in your yeast doughs, I always judge when to quit adding flour by the texture and look and feel of the dough rather than how much flour I’ve added compared to the recipe. This tutorial on yeast may help identify how a perfectly floured dough should be. Also, here's a video tutorial on how to shape the rolls.

Vital Wheat Gluten: is basically wheat flour that has the wheat bran and starch removed - it's low in carbs and super pumped up with protein. When added to yeast breads, particularly whole wheat breads, it helps develop the natural gluten in the wheat flour and provides a light fluffiness sometimes hard to achieve with whole wheat bread. It is very fine in texture and light brownish/yellowish in color and is easily found in the baking aisle of most grocery stores near the flour (I get mine from an organic mill near where I live so you may check your local availability for a source like that).

Whole Wheat: finally, if you are new to using whole wheat, here is a series on the different types of wheat and another on grinding wheat. I almost always use hard white wheat berries for grinding because I like the texture and lightness of hard white wheat vs. hard red wheat. 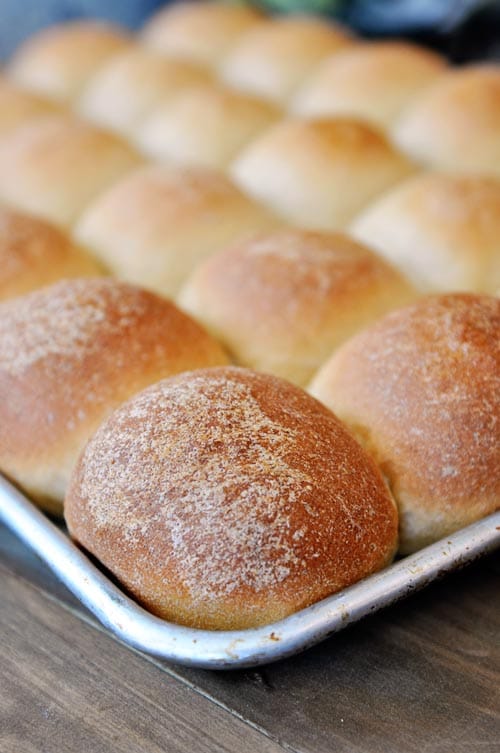 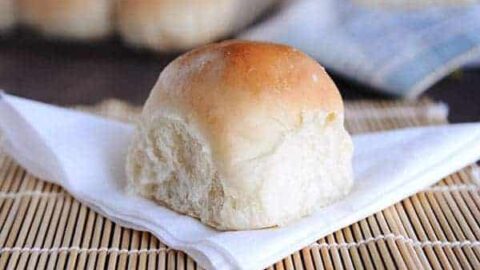 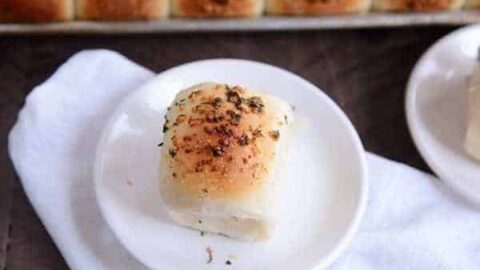 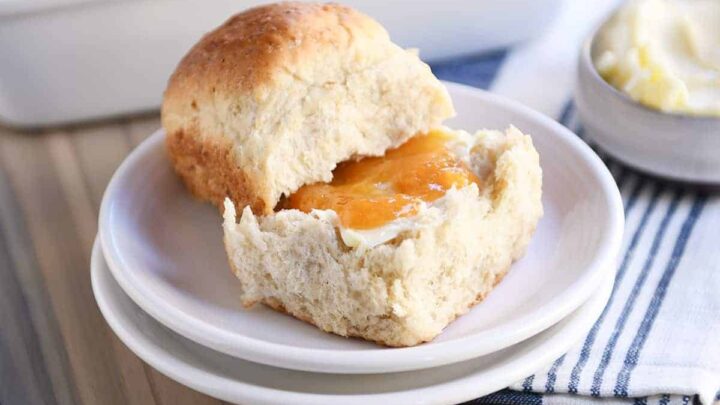 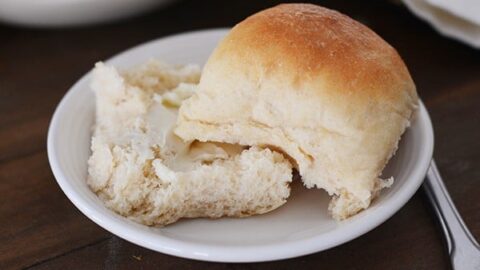