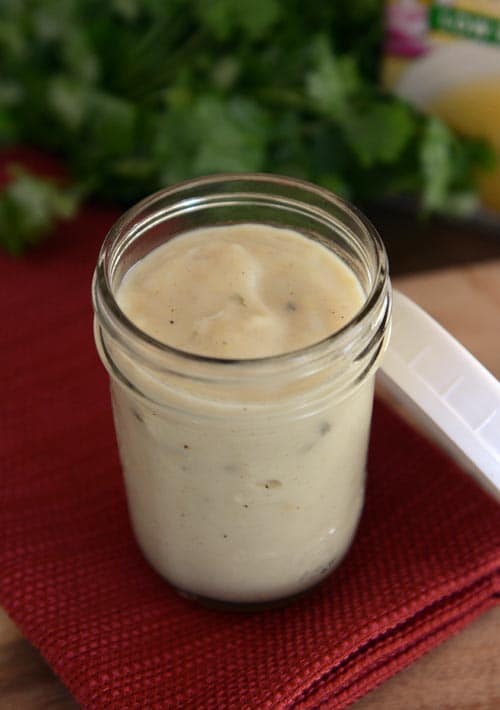 Today, on this glorious Monday, we are bypassing gourmet and going for functional. Trust me, it will be worth delaying a recipe for triple chocolate truffle cake (yep, that happened in my kitchen yesterday) for now.

No matter where you fall on the spectrum of love-or-hate-condensed-soups, it never hurts to have a homemade version waiting in the wings for when you need it.

After getting the seasonings and final amount just right (I was really after getting a nearly exact equivalent for one can of soup so that it can be substituted easily), it’s finally time to share.

This recipe couldn’t be simpler – a handful of flavorful herbs, a bit of broth and milk and flour, five minutes of vigorous whisking (come on, I know you can do it) and you’re done. Simple, wholesome, pronounceable. 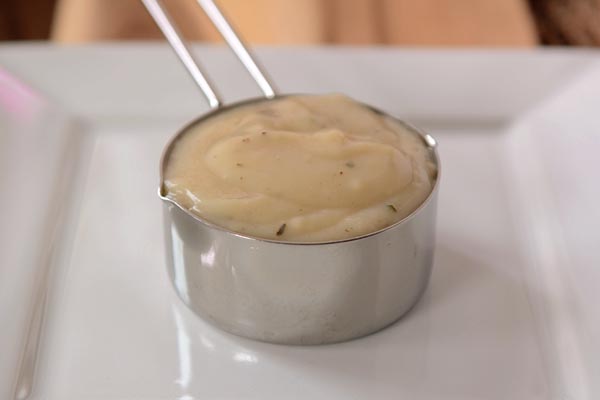 How to Substitute in Other Recipes:

1) Simply make the recipe below (doubling or even tripling as needed).

2) Use immediately or store in the refrigerator for up to a week (you can also freeze the stuff if you don’t mind it being just very slightly grainy after defrosting, which doesn’t bother us but is only a fair heads up).

3) Measure out the equivalent called for in the recipe and use accordingly. Story Problem Solution: If a recipe calls for 1 can of condensed cream of chicken soup and let’s say you’ve made a double batch of this, simply measure out 1 1/3 cups (the same as the 10.75 ounce cans of soup) and use it accordingly. Of course if the recipe only calls for 1 can and you made the exact recipe below, well, then, no story problem needed. It’s a one-for-one and couldn’t be easier.

Of course, I haven’t tried subbing this homemade version for every.single.recipe in the live long land that calls for cream of chicken soup so I can’t guarantee results 100% of the time (i.e. this is a disclaimer in case anyone decides to sue me) but generally speaking, this recipe has your back when it comes to subbing in a homemade version of cream of chicken soup.

In my quest to rid my pantry of processed foods and rely more on homemade foods, this cream of chicken soup recipe is a lifesaver. Can’t wait to share more recipes this week that use it for a unique and modern take on cass-cass-casseroles! 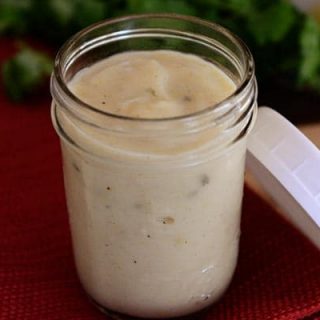 Broth: this homemade cream of chicken soup is going to be as flavorful as the broth you use so make sure it's a brand you like (or use homemade if you have it). I've made this several times using the organic chicken soup base (kind of like bouillon but in a paste form that stays refrigerated) and I like to use about 1 heaping teaspoon chicken base for the 3/4 cup water amount.

Seasoning: for the 1/8 teaspoon amounts on the seasonings - go ahead and add more if you like (or use a heaping 1/8 teaspoon), it really is adaptable to taste. Also, when I haven't had poultry seasoning on hand, I omit it and throw in a pinch each of ground sage, marjoram, and ground thyme.

Doubling: this recipe can be increased as needed. It makes the equivalent of one can of cream of chicken soup so if you need two cans, just go ahead and double.

Chicken: and if you really want to get wild and crazy, you can stir in some finely chopped cooked chicken in at the end to give it the texture you know and love.

Recipe Source: adapted from several sources and tweaked to my liking (including making just a one can equivalent) including here and here