Thanks for sharing your story, Kelli!

I was never a runner. In fact, I was never an athlete in any way, shape or form. I tried soccer: hated it. Tried gymnastics: hated it. PE in school: hated it. I never exercised either. It wasn’t until I got to college that the magic began.

I was a freshman in the dorms in 2007. A friend down the hall had been a runner in high school, and she was asking around for a friend to take a jogging class with her. I randomly volunteered to be that friend. Why? I will never know. But once that semester class ended, something had begun stirring inside of me. My professor told me that I had a great pace and form for running. She thought I had been a runner in high school! Little did she know… 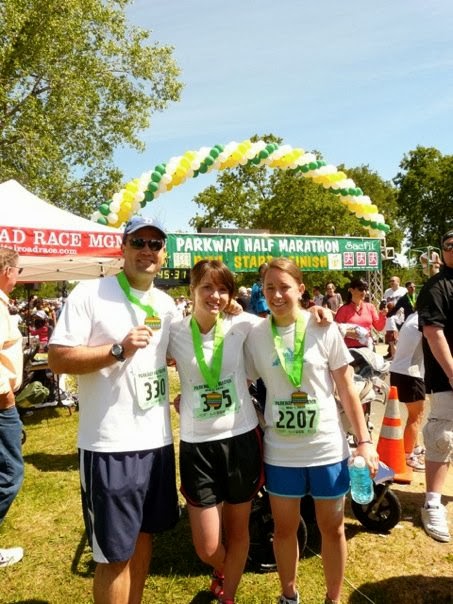 I ran my first half marathon in May 2010. It was mostly on a whim. I didn’t train that hard, and the farthest I ran in training was about 8 miles (and I basically to collapsed from exhaustion afterwards). I signed up for the race with my roommate, and my dad ended up joining us! We ran the American River Parkway Half in Sacramento, CA. I forgot my iPod the day of the race, huge bummer. I started out strong with my roommate while we left my dad behind since he was taking it slow due to knee issues. We ended up separating later on because I had to go to the bathroom and I told her to go on without me! Later on in the race my dad caught up with me, and I decided to stick with him and we could finish together. We finished in 2 hours and 5 minutes. Not bad for a beginner who had barely trained! I felt like collapsing (once again) after the race and couldn’t imagine being one of those crazy marathoners, turning around and doing another 13.1 miles! But the more I thought about the race in the months following, I realized I WAS one of those crazy marathoners – I wanted more. 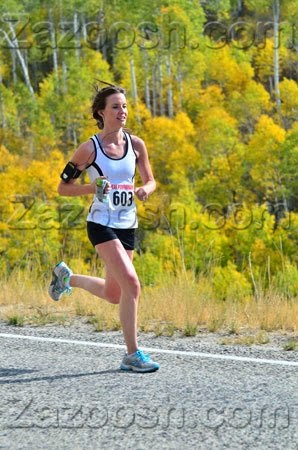 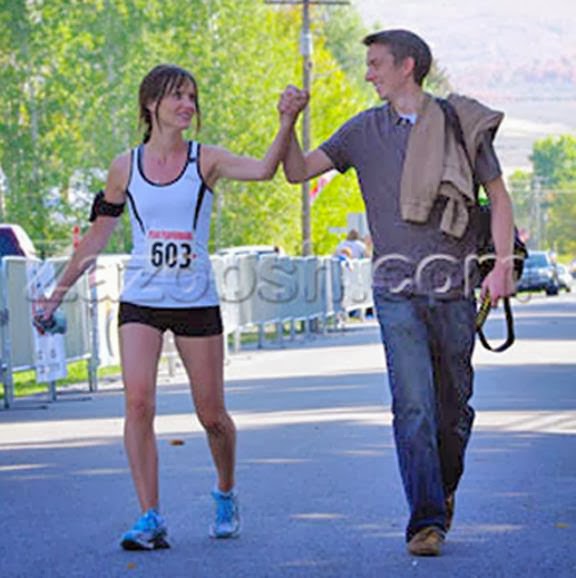 I ran my first full marathon in September of 2012. I signed up for the Huntsville Marathon because I thought it would be an easy downhill course and a nice fall weekend getaway for Andrew and I. Unfortunately it was too much downhill – I had to stop running a little over halfway through it, due to blowing out my calf muscles and from extremely stiff joints. I didn’t want to injure myself so I walked quite a bit. I was training to finish with a 3:30-3:45 so it was pretty disappointing. (Read the full race recap here and here) I was really upset that I didn’t finish as well as I wanted to, but the more I thought about it the more I felt like, “That was the BEST experience of my life.” I wanted to redeem myself for sure. The whole experience of marathon training and running the actual race is incredibly rewarding. After you run a marathon, you feel like you can accomplish ANYTHING.

So I guess I was hooked on running after that! I knew I wanted to do another marathon but I also wanted to have a baby. Our sweet baby boy came in February 2014. I trained and ran the St. George marathon in October of 2014. I knew it would be the perfect motivation to get back into shape post-baby, and I knew I loved training so I wouldn’t back out. I finished in 3:46! Just 11 minutes shy of that elusive BQ. You KNOW I’ll be coming back to the marathon again.

Is it weird that it excites me to put up a new training plan on my Google Calendar?! I knew it will be difficult to train with a brand new baby for a first time momma, so I wanted to share my journey in order to motivate others and hopefully share some new knowledge. There were a lot of unknowns ahead and I wanted to share how to overcome training-with-baby obstacles on my blog.

You can read my St. George Marathon recap here!