Thanks for sharing your story, Sarah! I have to admit, I laughed out loud at your playing volleyball as a teenager. We must have been twins at that age. Way to go on your half marathons – you ARE a runner! And you are inspiring many others. 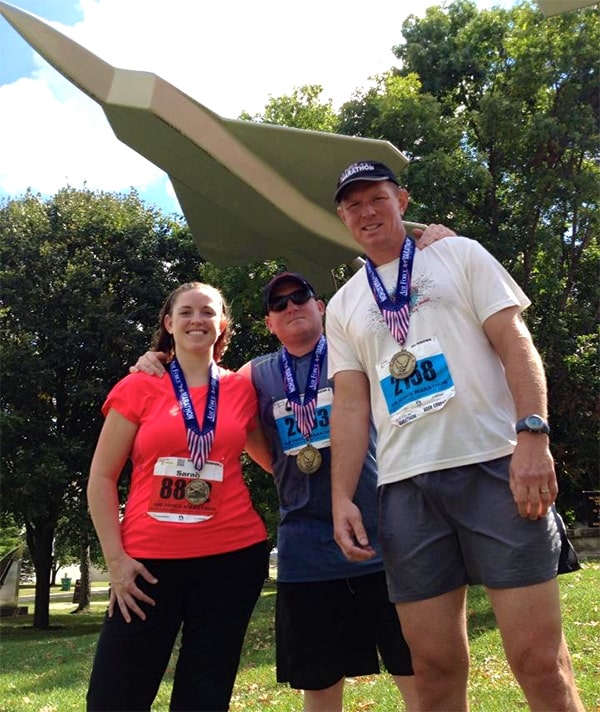 Hi I’m Sarah, 36-year-old mom to five beautiful daughters and wife to an amazing military man, and I will be the first to tell you that I am not an athlete.  I never played any organized sports growing up and the few times I actually did participate in some sort of sporty activity I did not enjoy myself.  In fact, the closest I ever came to playing sports was singing and dancing in show choir in high school!  I remember playing volleyball at our church building as a teenager and just feeling so out of place.  I wanted to be there because that’s where my friends were, but I didn’t want to actually play a sport.  Anytime the ball would come sailing over the net and make it’s way toward me I would do one of two things – step out of the way so someone around me could get it instead or cover my face with my hands because, you know, there was a ball flying at my head.

Early in 2013 my husband convinced me that I should sign up for the Air Force Half Marathon which is held in Dayton, Ohio every September.  I’m not really sure how he talked me into it since I don’t especially enjoy running, but he’s a very persuasive guy and he really wanted us to train and run together.  Signing up for a race nine months away maybe wasn’t the best idea since I spent the first half of the year putting off running and training. By mid-June I knew that I had to start running if I had any hope of being ready for race day. 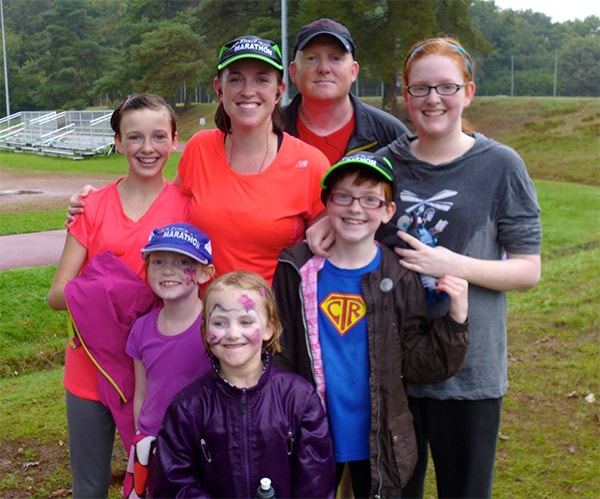 I quickly learned that being a sedentary slug isn’t such a big deal as a teenager, but it kind of catches up to you almost twenty years and five kids later!  For the entire twelve weeks of my official race training I was coming up with reasons not to run a half marathon.  I even secretly hoped that the little injuries that dogged me during that time would be enough to make me have to bow out.  I’d go to the doctor and detail my symptoms all the while keeping my fingers crossed that I’d be told, “Sorry, you have to stop running.”  The root of all this is the fact that I usually only attempt things which I already know (or am reasonably sure) I will be successful doing.  Running was a big unknown for me and, given my lack of athletic ability, I wasn’t sure I’d be any good.  Mostly, I just didn’t want to fail or make a big fat fool of myself. 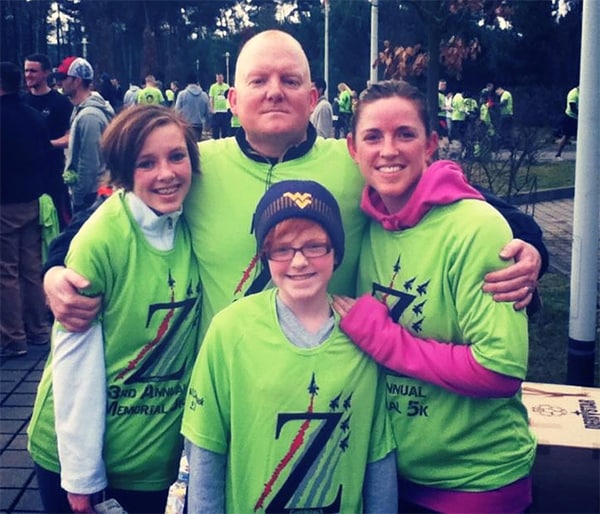 No matter how much I wished it wouldn’t, race day arrived and there was nothing to do but run! The most I’d run without stopping during my training leading up to the big day was six miles. All of my longer training runs had been a combination of running and walking. With that in mind I planned to run for about five miles and then take walking breaks as often as I felt I needed them. I wasn’t running for time – I just wanted to finish! Surprisingly, I didn’t feel like I needed to walk after an hour of running, or after an hour and a half, or even after two hours of running. I took things one mile and one aid station at a time.  I really surprised myself by making it through the whole race without stopping to walk at all!

Two half marathons and many shorter races later, I still don’t consider myself to be an athlete but I can’t shake the feeling that maybe I am a runner or at least am becoming one. Completing that first race was a huge boost to my confidence. I really surprised myself and felt pretty amazed at what I was able to accomplish. Maybe empowering sounds a little overused, but it’s the perfect word to describe what running has been for me. 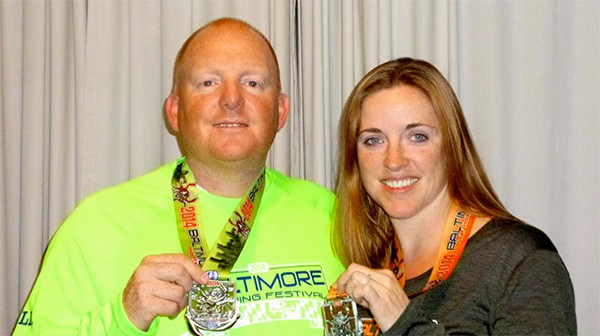