Want all the flavor of a roasted chicken without the fuss (or long cooking time)? This easy pressure cooker chicken is the answer! 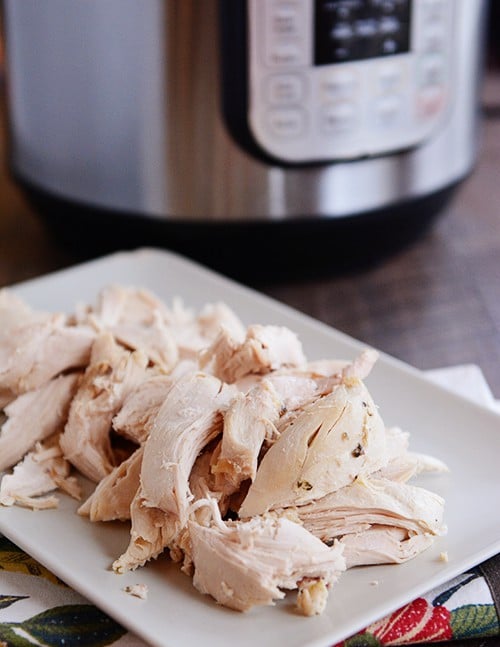 And dare I say, it might be the most tender, tastiest chicken you’ll ever eat.

I love cooking whole chickens in the pressure cooker because: a) it’s an inexpensive way to get your chicken fix, b) it can be faster than oven-roasting and c) you can reuse the bones for some ridiculously easy pressure cooker chicken broth.

The presentation on a pressure cooker whole chicken isn’t as pretty as other traditionally roasted chickens but if you’re all about utilitarian instead of gourmet presentation and want or need juicy, cooked chicken for an upcoming recipe (a bazillion of my favorite recipes that use cooked chicken here), you’ll love this.

Start with a whole chicken (shocker, I know)!

And go ahead and salt and pepper that chicken like crazy.

This adds a ton of flavor and you don’t want to skimp on the s + p. 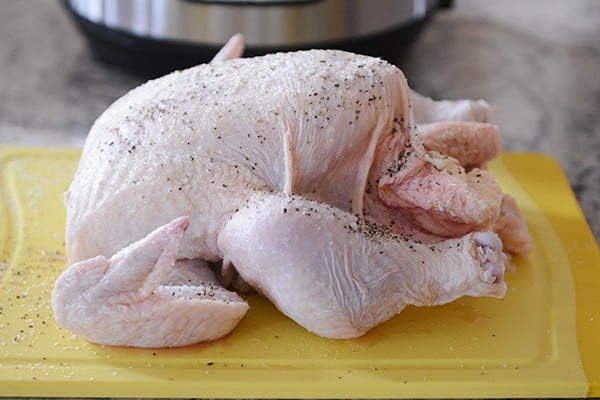 I’m using my InstantPot for our little demo today but this obviously works great in a stovetop pressure cooker, too (and cooks a bit faster – details below).

Heat some oil until hot and rippling, using the Saute function on the InstantPot, and add the seasoned chicken breast-side down.

You can skip this browning step but I think it adds a little boost of flavor and while you won’t get crispy skin like in a traditional rotisserie chicken, it will add a bit of nice browning action on the top of the chicken. 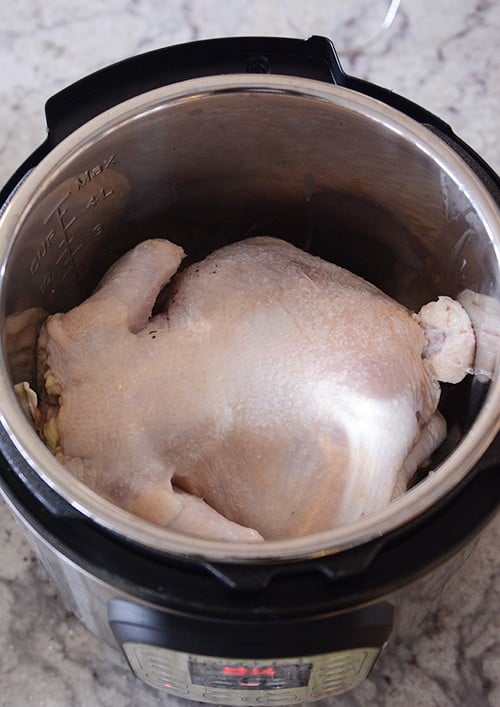 After it browns for 5 or so minutes, carefully take it out and stuff the inside of the chicken with some fresh parsley, half a lemon, and fresh garlic. 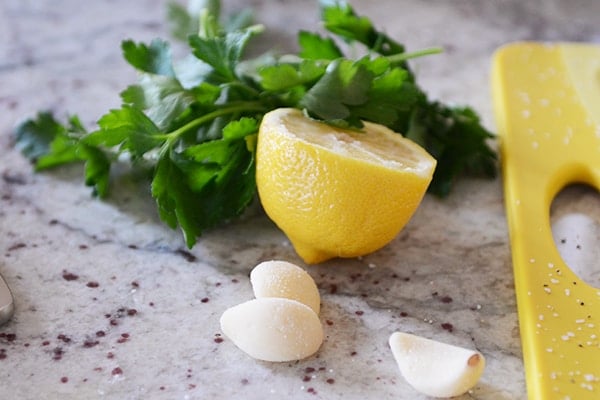 Put the chicken back in the pressure cooker, breast-side up, add the broth, and then lock the lid and cook on high pressure for about 8 minutes per pound of chicken.

Let the pressure cooker naturally release for 15 minutes and then quick release the rest of the pressure. 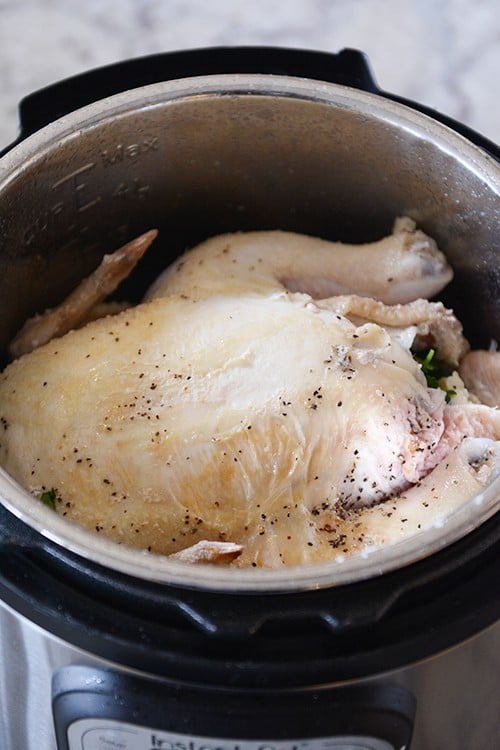 As I mention below in the recipe, I’ve found that my stovetop Kuhn-Rikon pressure cooker, since it gets to a higher psi, cooks the chicken faster – I plan on about 6 minutes per pound of chicken (versus the 8 minutes per pound for the InstantPot).

Adapt as needed depending on your pressure cooker.

A good test is to use an instant-read thermometer and make sure the internal temperature of the thickest part of the chicken reads 165 degrees F.

If not, crank that pressure cooker back up to high pressure and cook a few minutes longer. 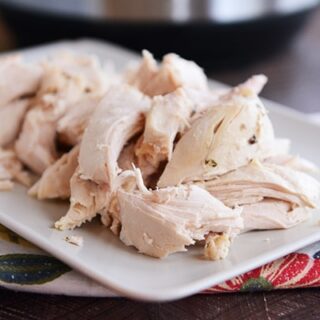 Cooking Time: I've detailed this below but a good rule of thumb for whole chickens is to cook them 6 minutes per pound in a stovetop pressure cooker and about 8 minutes per pound in an InstantPot (or other electric pressure cooker). Naturally release the steam for 15 minutes (meaning, let it sit off the heat or unplugged) and then quick release the remaining pressure. 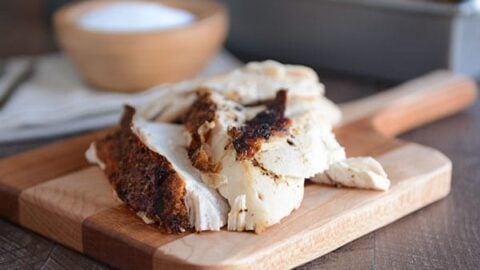 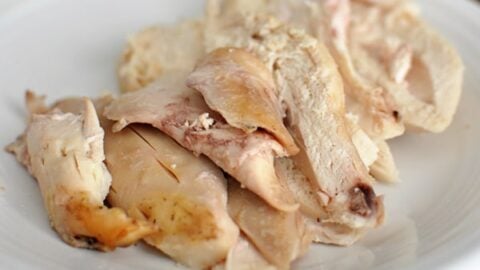