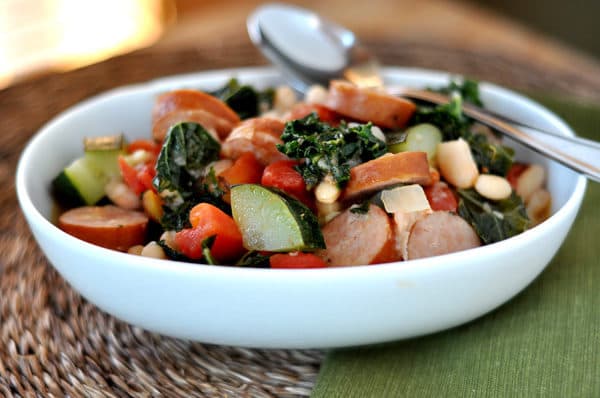 Listen. I get it. I really do. It’s hard to inspire love, joy and excitement over a recipe titled White Bean and Sausage Ragout {with Tomatoes, Kale and Zucchini}. Can’t even compare with the buzz around recipes like this.

But even so, trust me when I say that I don’t post anything unless it is 100% unrighteously delicious.

And this White Bean and Sausage Ragout {with Tomatoes, Kale and Zucchini} is just that. The bonus is that it is shockingly healthy and full of crazy-good-for-you nutrients.

Not to mention that I’ve developed a love affair with chicken apple sausages (tried them??) and this is only one of two recipes I’m posting with the delicious morsels this week.

This ragout – simply a thick stew-like concoction – has layers of flavor, starting with the sauteed onion, sausage and garlic, and enhanced by the hearty vegetables: kale, zucchini, tomatoes.

Although it probably goes against the rules of ragout, I served this over a scoop of steaming rice, so as not to completely shock my children’s systems and attitudes with the plethora of healthiness going on. The real shock was that they ate it right up. A blessing, on one hand, but a curse, on the other, since it left less for me to enjoy later. Seriously good stuff.

And it doesn’t hurt that it comes together in less than 30 minutes. 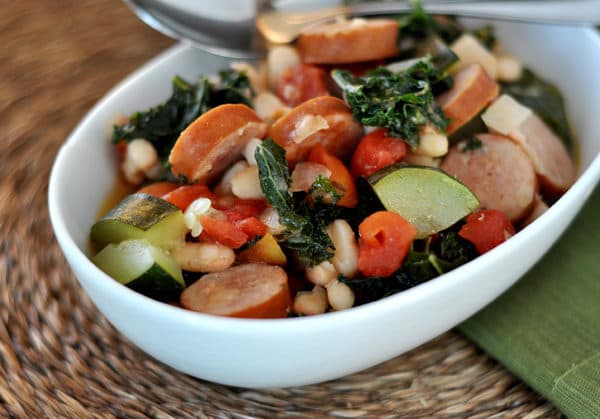 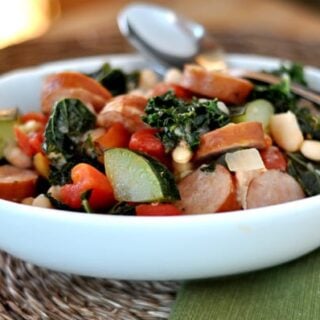 Kale: if you are unfamiliar with kale, it needs to be rinsed well and then the tough stems need to be cut away before using.

Sausage: also, I found the chicken apple sausages in my average, every day grocery store near the hot dogs and kielbasa (Johnsonville brand) but I hear Trader Joe's carries an excellent sausage as well. 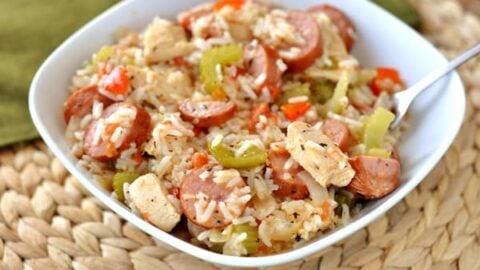 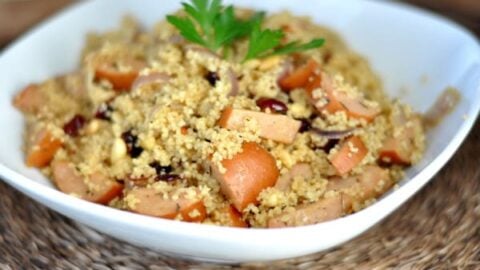 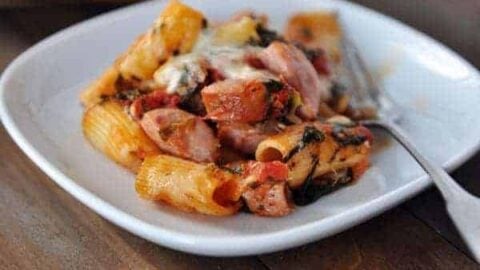 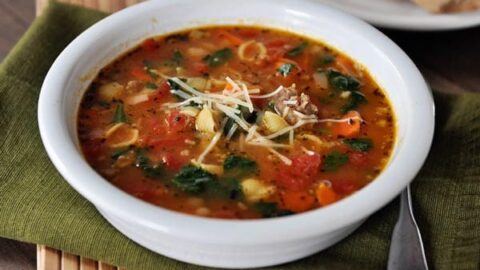 37 comments on “White Bean and Sausage Ragout {with Tomatoes, Kale and Zucchini}”