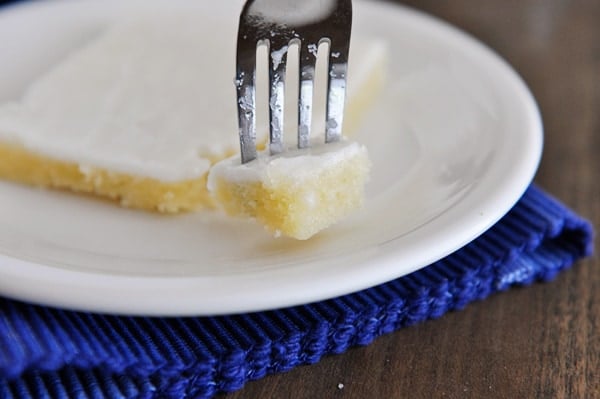 Brian would say it is shocking, sad, and devastating since classic Texas Sheet Cake is one of his favorite desserts in the history of ever making the lack of a post about it all the more tragic, according to him.

We do make it occasionally (when we do, he’s usually in charge since it’s his family’s recipe) but since there are 100 million versions of regular ol’ chocolate Texas Sheet Cake in the universe, I wanted to be rebellious and give you a white sheet cake version first. 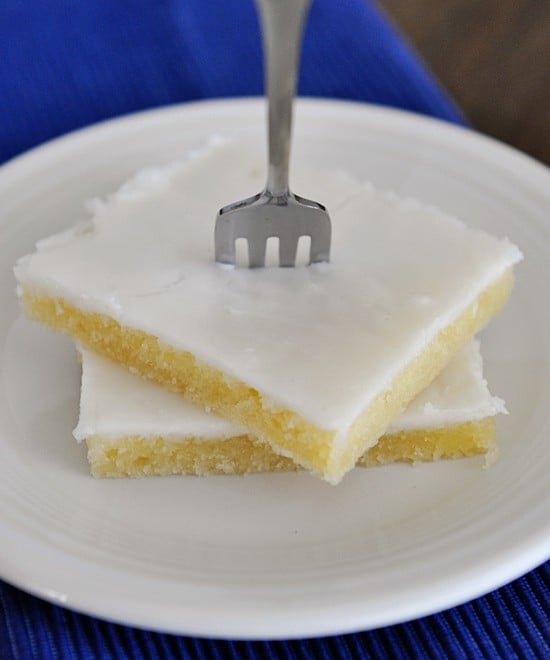 Just like the chocolate version, boiling part of the cake ingredients and also part of the icing gives this cake its soft, melt-in-your-mouth texture.

It bakes up into a deliciously light, thin cake layer and is complimented beautifully by the skinny layer of sweet icing. Funny how rereading that sentence makes me think if I ate another piece or three, I might actually lose weight. Dream on, Mel, dream on.

This simple, pristine cake is pretty much the perfect dessert to take anywhere you need to feed a crowd (potlucks, right?) since it fills up a large cookie sheet and is super un-fussy to serve. 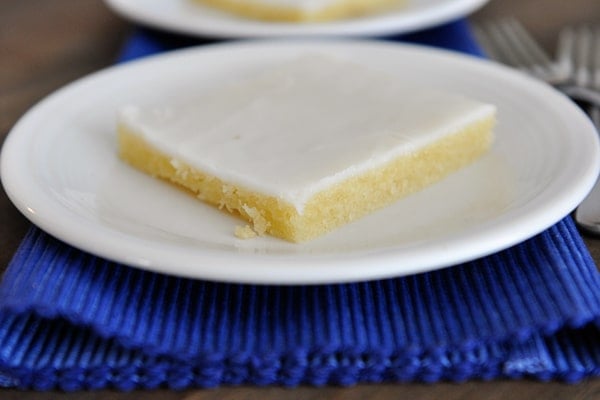 I’ve included a note below about subbing in a bit of this and a little of that (coconut oil, for starters) to make this cake into a coconut lover’s paradise.

It’s unbelievable (both the original posted version and the coconut version). And speaking of coconut oil, stay tuned because next week it’s time we sat down over a batch of freshly baked cookies and had a serious chat about the trendy stuff. 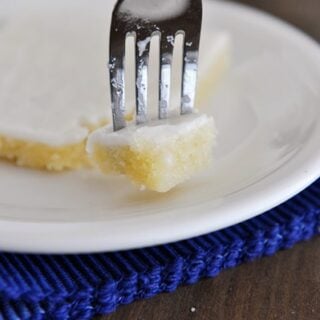 Halving the Recipe: ok, let's talk. You could {probably} halve the recipe for a 9X13-inch pan but I haven't tried it yet so experiment and let me know how it goes.

Coconut Version: also, if you just want to take this to a coconut-crazy level (which I've done and absolutely died over), sub the butter for organic, extra-virgin coconut oil in the cake and the icing, switch out the almond extract for coconut extract (or vanilla extract) and sprinkle toasted coconut over the top of the iced cake.

Coconut Oil: the coconut oil gives it a slightly sweeter taste but is delicious. I've made it the original way (as posted) and also the coconut way and both are phenomenal.

Extract: if you don't love the flavor of almond extract, sub in vanilla extract.

Recipe Source: adapted slightly from my cousin Katie (Aunt Marilyn’s daughter) by way of her sister-in-law, Amy C. (decreased the sugar a bit, experimented with coconut oil and extract, altered baking time just a tad) – thanks, Katie and Amy! 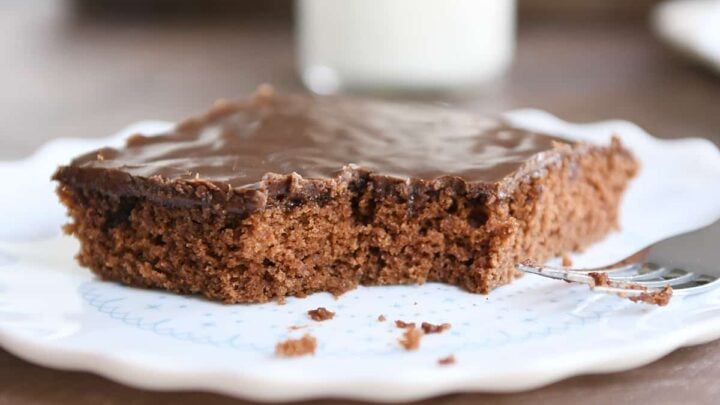 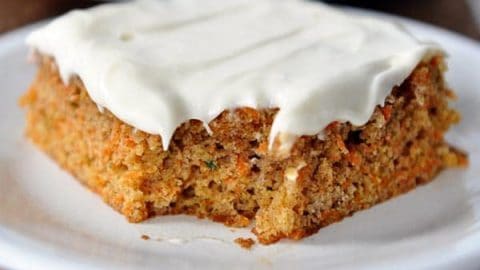 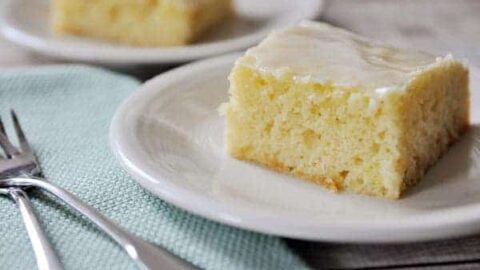 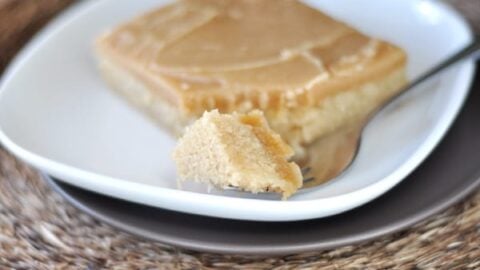