The best (and easiest!) BBQ pulled pork sandwiches EVER. Plus, the recipe includes directions for the slow cooker or the Instant Pot! 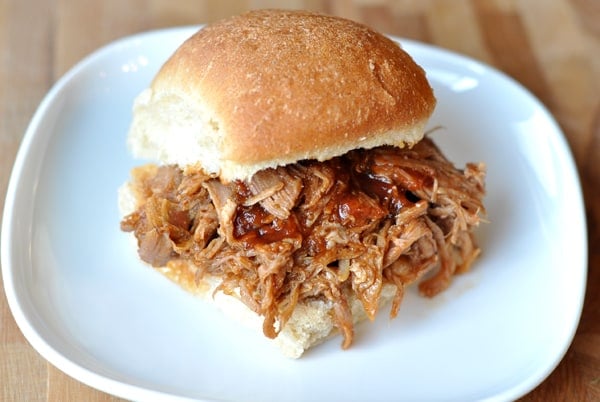 BBQ pulled pork sandwiches rank right up there with some of my husband’s favorite meals. I tried three recipes last year that I thought would be sure winners and they were awful.

One was so strong on the vinegar, we all gagged while it was cooking; the other two were just average and nothing to write home about.

In fact, just last week, I made it for our family reunion serving 13 kids and 13 adults and it was scarfed down (the leftovers were made into everything from nachos to quesadillas to pork/avocado rollups). The recipe is so easy, it’s almost a non-recipe, but it produces pork that is falling apart in it’s tenderness with a hint of hickory smokiness. UPDATE: after posting this recipe almost a decade ago, it is STILL our favorite pulled pork recipe and we make it all.the.time.

Combined with my favorite homemade BBQ sauce and these to-die for rolls, this is seriously a meal for all seasons. (Thanks, Sarah!)

How to Make It in the Instant Pot

This recipe has been living on my site for years (and years). Eventually I’ll get around to updating the pictures, but for now, I wanted to add a note how to make this in the Instant Pot. I’ve also updated the directions in the recipe.

Season the pork roast with salt and pepper and add to the insert of your Instant Pot. Decrease the water (I almost always use low-sodium broth) to 1 cup and add it to the Instant Pot along with the liquid smoke. Secure the lid, set the valve to seal, and cook on high pressure for 55-60 minutes. Let the pressure naturally release for 10 minutes before quick releasing the rest of the pressure. Shred the pork and toss with BBQ sauce (can keep warm in the IP for several hours).

French Bread Rolls (for the bun)An awesome side like this: Barbecue Macaroni Salad, Coleslaw, or these Boston Baked BeansFresh vegetables and/or green salad 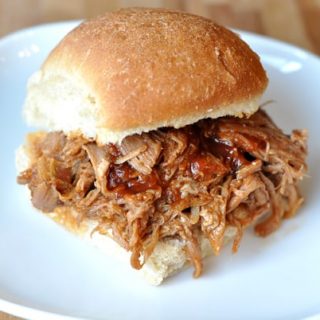 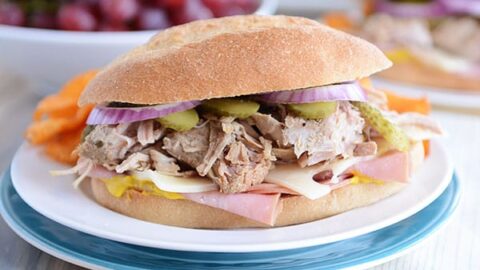 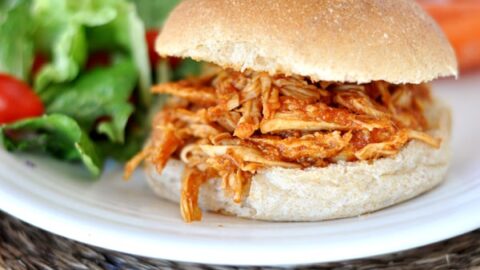 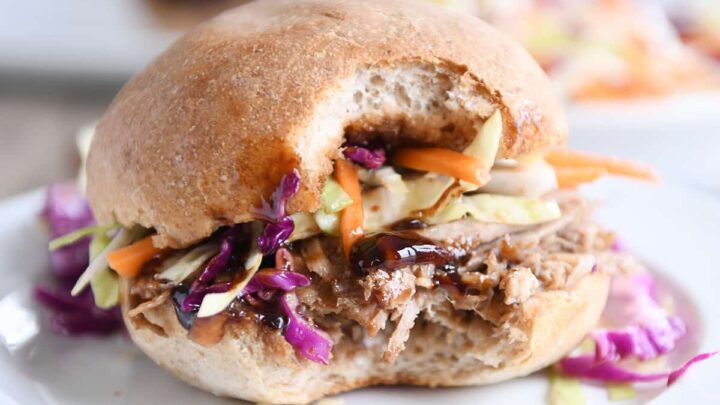 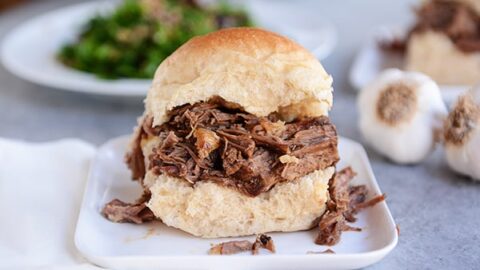