Every kid loves dirt pudding cups, and now every parent can love them too because this homemade version beats the boxed pudding version hands down! 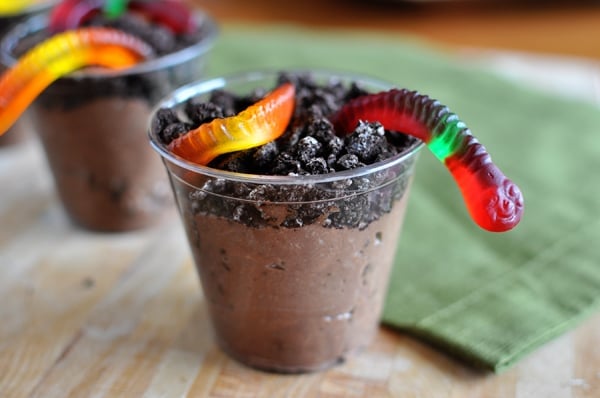 I’m fairly convinced that everyone, and I mean everyone, needs a go-to recipe for dirt pudding cups. I mean, look at them? Aren’t they just screaming love and happiness?

Maybe my house is the only one where dirt and worms translates into love and happiness (I have my four rowdy boys to thank for that), but I’m guessing these would be a hit with the little ladies, too.

A while back, I had an email exchange with Laura, a MKC reader, who wanted some insight into the famed Oreo dirt pudding cups. Well, it didn’t take much convincing for me to get to work doing some recipe testing.

I mean really, Oreos (or Trader Joe’s Jo Jo’s in my case), whipped cream, chocolate pudding and gummy worms – what’s not to love? (Ok, in the interest of full disclosure, gummy worms make me gag, but my kids could eat them for breakfast, lunch, and dinner, so I’ll rephrase: what’s not to love…unless you have a gummy worm gag reflex?)

The result is a classically fun and tasty treat that will please kids and adults alike. Just ask my husband. He was like a kid at Christmas. Apparently he’s been pining away for a good ol’ dirt pudding cup for the last year or three. I had no idea but am glad his craving was finally cured.

Trust me, this homemade version beats the boxed pudding any day and doesn’t take a whole lot longer. Guaranteed or your money back (er, not really, but you know what I mean!). 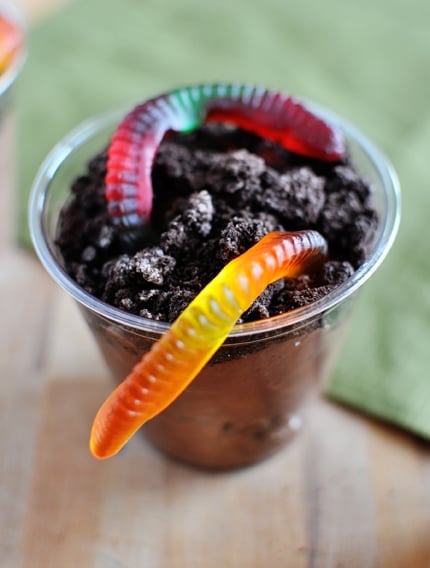 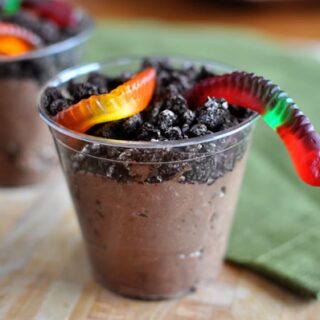 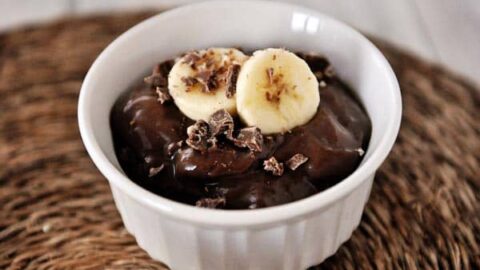 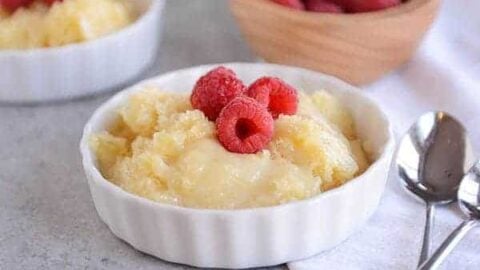 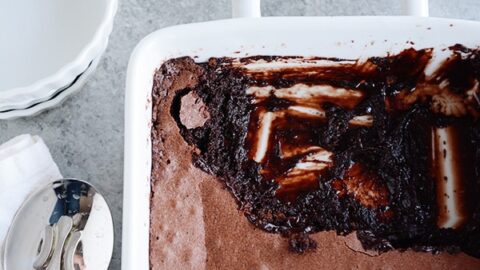 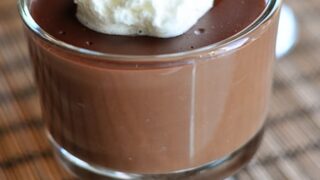