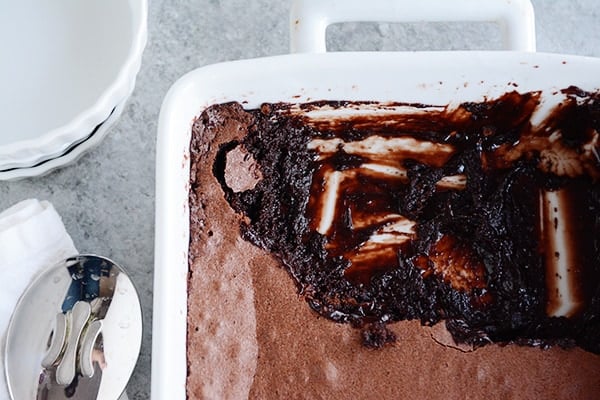 Because this stuff is so good I want to seriously marry it.

And (I rarely say this), it’s so incredibly rich and decadent that a little serving is actually better than a huge honkin’ bowl full.

Just enough to satisfy and calm that chocolate craving without making you never want to eat chocolate again (would that, could that ever happen?).

I’ve made a lot of chocolate desserts in my day and this ooey, gooey, delicious brownie pudding is right up there with desserts that I’ll love for the rest of forever.

Or like a big pan of brownies that are underbaked times a million.

The minute you crunch through that top crusty layer and dive into the pool of molten chocolate, you’ll get what I’m trying to say. 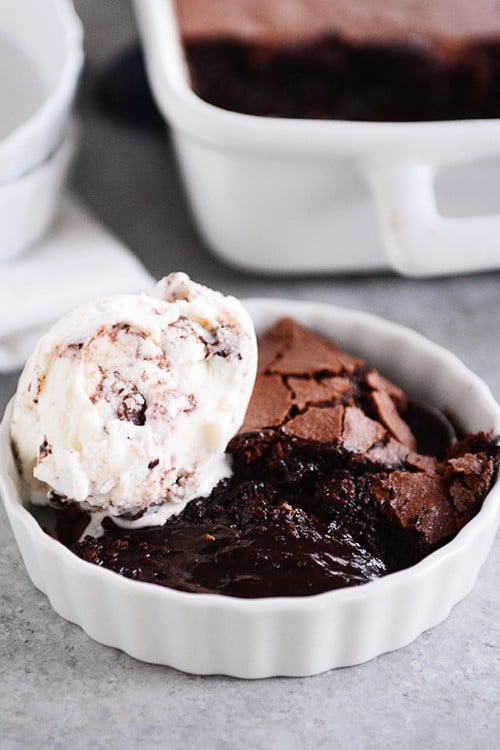 The key to this dessert is using a water bath while baking.

I know it’s easy to want to resist that step but don’t! Otherwise, you’ll just end up with a pan of brownies.

Not necessarily a bad thing, but also not what we want when it’s brownie pudding we have in mind.

And besides, it’s no harder than setting the pan of brownie pudding inside a slightly larger pan and filling it up with water.

As long as we are talking about rules here, don’t skip the ice cream.

This dish is rich beyond words and a little bit of cold creaminess goes a long way to complimenting the dark decadence of the chocolate.

Is there ever a reason to say no? Speaking of, has anyone gotten on the 3-ingredient no churn ice cream bandwagon yet?

We are making it like crazy but I wasn’t planning to share our variations with the world if you’re all over it already. 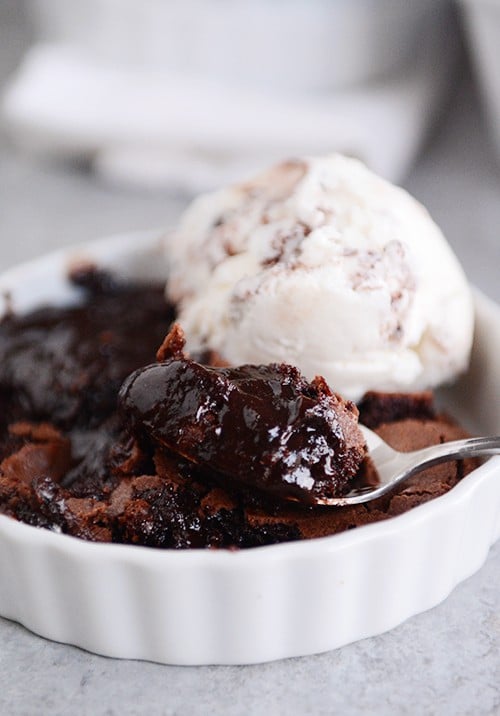 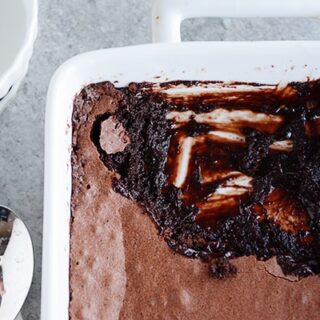 So a 2-quart baking dish is about 9X12-inches.That's not an ultra-common size (but yes, I manage to have two of them in my kitchen; nerd alert). Any 2-quart oven-proof dish will work, it doesn't matter the shape. If you don't have something like that, try using a 9X13-inch pan and before pouring in the batter, run a thick strip of folded aluminum foil across one short edge about an inch inside to make a makeshift 9X12-inch pan (I'm afraid the batter will be too thin to bake properly if using the full 9X13-inch pan but you could experiment doing that).

You'll also need an additional larger pan for this recipe since it requires a water bath in order to create that delicious gooey pudding layer so keep that in mind when deciding what pan to bake it in. 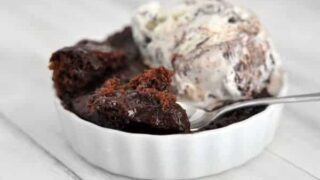 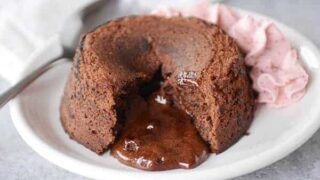 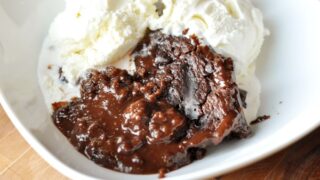 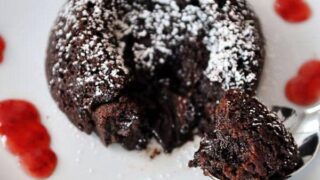