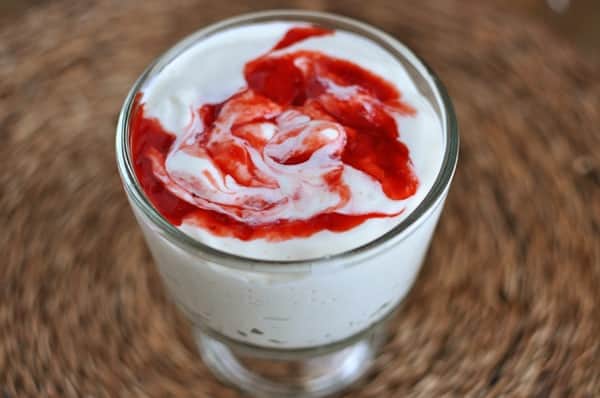 I have to tell you that since moving to our tiny little town stuck in the Northern reaches of Minnesota, I’ve realized that if I don’t start getting in touch with the inner reaches of my resourceful soul (I swear, it’s in here somewhere), I’m going to be in big trouble.

Mainly because I don’t have the same access to groceries and “things” that I used to have. Let’s face it – I was spoiled. Big time.

I’m not saying we can’t buy stuff; we can. But I don’t have the luxury of seventeen flavors of organic, Greek yogurt staring me in the face at the store. Which brings me to this post. In fact, I’m so excited to share it with you that my fingers may or may not be shlowken…I mean, shaking.

In the last three months, I’ve made this DIY yogurt nearly weekly.

I wanted to really have the method perfected before sharing it with you, and I can honestly say I am as sold on making this yogurt as a regular part of our lifestyle as I am making all of our bread, which was a huge leap for me when I first started over three years ago but now seems like second nature.

Once you get the hang of it, this yogurt is practically mindless. I have it down to a science.

Besides taking the yogurt’s temperature (think of it as a beloved child you are nurturing) and moving it from point A to point B, this couldn’t be simpler.

When I initially tried it, I figured it would be kind of neat-o and novel to make my own yogurt. But I didn’t count on the absolute delicious, creaminess of this yogurt. I

n my opinion, it beats out any storebought yogurt I’ve ever had – Greek or regular. And if you live in the boonies like I do where grocery prices are a little bit inflated, it’s very cost efficient to make it yourself.

I’ve included a step-by-step tutorial along with the recipe. And I’ve added lots and lots of notes to the recipe in order to help you along (basically my finds after dozens of times making this) so please settle in and read through it all.

It’s riveting and educational and it will make you smarter while changing your life.

Ok, not really to any of those things, but seriously…get on the yogurt making bandwagon! You’ll definitely be the cool kid in town, no doubt about it, and I’ll be here to hold your hand through the journey. Promise. 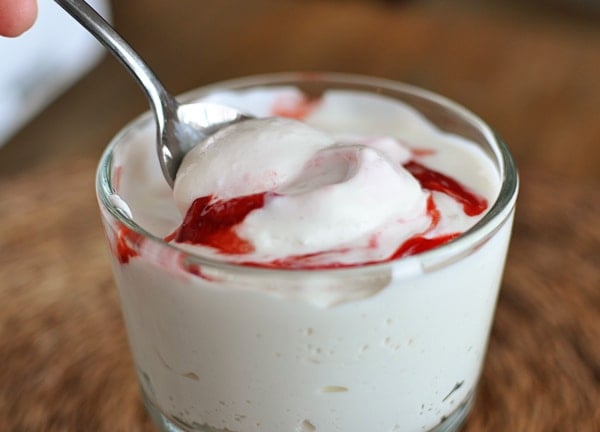 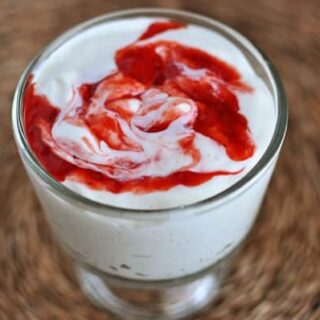 Milk: I have not tried this recipe with skim milk so I don't know how/if it would work. I have made it consistently with 1% and it works great, so I'm sure 2% and above will work great, too (and probably be even creamier).

Milk Powder: the milk powder adds extra protein and I always use it and don't notice a strong taste to the yogurt but you could leave it out if you'd like.

Slow Cooker: I use a 5-quart slow cooker. If you have a smaller (say, 4-quart), you may need to adjust the amount of milk. If you are only decreasing the amount of milk by a few cups, you can leave the other ingredient amounts the same. On the other hand, if you are using a large, 6-8 quart slow cooker, feel free to increase the milk and other ingredients accordingly. You can use 1/2 cup of the yogurt you make for a future starter, just be sure to reserve it out of the batch before mixing in fruit or add-ins. If you don't have a slow cooker, you can follow the basic instructions (temperature, etc.) using a saucepan on the stove. Just make sure to keep an eye on the temperature because it will heat much faster than a slow cooker (although it needs the same incubation period in the oven). I have this process down to a science now: if I start it at 4:00 p.m., I can put it in the oven to incubate overnight at around 10 or 10:30 p.m. and pull it out anywhere from 6-8 a.m.

Sweetener: I have included a very simple, delicious fruit syrup recipe below the instructions that we use to stir into the yogurt. You could also stir in honey to lightly sweeten it. Remember this is plain yogurt unless you add something else to it, although the plain yogurt makes a great substitution for sour cream.

Fruit Syrup: if you are interested in adding fruit syrup, I use the following simple method. Simmer these ingredients for 5-7 minutes until thick: 2 cups fresh or frozen fruit, 1/4 cup sugar, 1 tablespoon cornstarch, 2 teaspoons lemon juice. You may need to increase or decrease the sugar accordingly. I find this makes the perfect amount for one batch of yogurt.

{Update on 2/21/2013}: After I posted this, many of you had great recommendations so the last few times I've made this, I've followed the general method except that I've heated the milk on the stovetop (I still prefer the slow cooker way for a no-brainer, no-scorching method but the stovetop is a bit quicker if you have time to babysit the milk) then after following the other steps of cooling, stirring in the yogurt culture, I portion the milk mixture into quart-size canning jars and add a lid and a ring. I've used the light-on-in-the-oven method to culture (still works great!) but I've also put the jars in a large cooler bag (one of those thermal cooler bags) and placed 3-4 quart-sized jars filled with really, really hot water that have lids and rings on them. I zip up the bag and let the warm yogurt mixture sit in there with the hot water and after 8-12 hours, the yogurt has cultured perfectly. Also, I've been making this with whole milk for my baby and I still strain it for a couple of hours otherwise it's too thin and runny. Phew! I think that's all the updates for now.

Yogurt Inspiration: Taken from Annie’s Eats and Jillee, among many other sources and sites around the internet 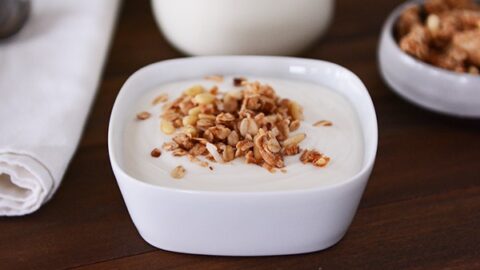 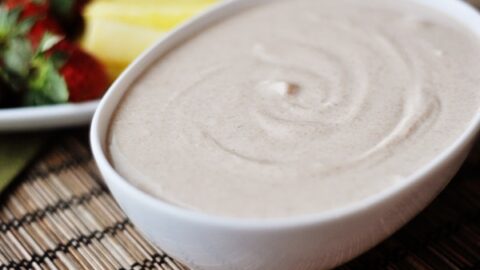