1) Food Thought: I mentioned this on Instagram a few weeks ago, but I recently got Invisalign (i.e. removable braces). It’s been a little painful (they’re ripping up my mouth more than I thought) and kind of weird, but not all bad – it should be fairly short term since the changes needed are relatively minor. Mostly it’s been enlightening to see how much random eating I did before getting these bad boys (and a too-late reminder that if only I had worn my retainers as a teenager…). The Invisalign trays are removable and they have to be removed every time I eat. Then the trays are brushed and cleaned with warm, soapy water, and my little teethy teeth have to be flossed and brushed before the trays go back in. 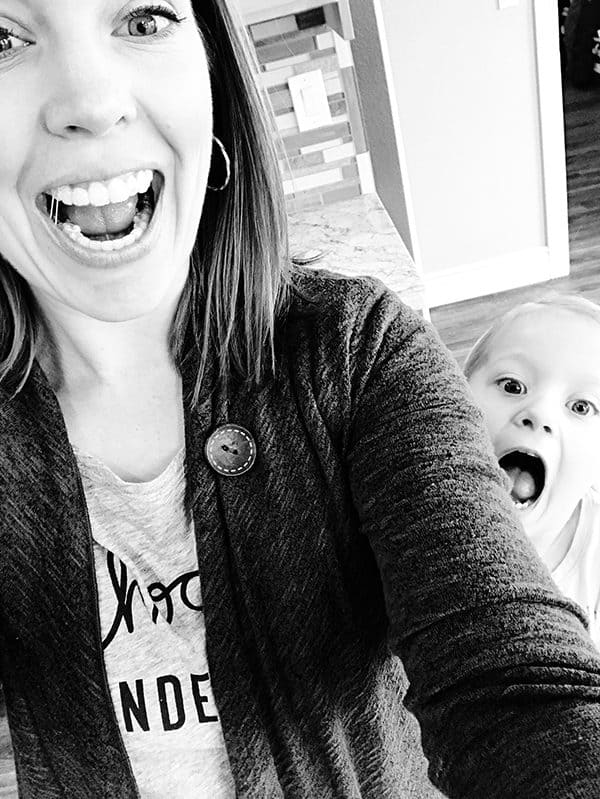 Maybe I’m lazy (this is a very high possibility), but I’m realizing that as much as I love food, it just isn’t worth taking out the trays unless I am really, really tempted (or really, really hungry) during the day. So basically, my life is now measured in terms of “is this food worth taking out Invisalign for?” Surprisingly, even brownies don’t make the cut some days (the thought of all that brushing and flossing, both internally and externally is just.too.much). But don’t worry, when they DO come out, I’m all about making up for lost time. (FYI: for locals, this is my orthodontist; Dr. Short is awesome)

2) Exercise Thought: I gave a quick peek into my current exercise routine last month, but things have changed a bit. Here’s an update for those that are also every day moms working/struggling/irritated about finding a good exercise-life balance. I ended my Crossfit membership (lots of reasons but partly due saving money AND because Brian needed shoulder surgery which means he’s out of Crossfit commission for a while, and since we’ve committed to exercising together for motivation – or in other words, so we are accountable to each other and we don’t sleep through our alarms – we ended our membership together). Since breaking up with Crossfit, I’ve been exclusively doing the BBG Stronger program (I purchased the Sweat app and access the workouts there; so far it’s been worth every penny). Brian’s been doing it, too (modifying for his hurt shoulder), albeit slightly begrudgingly, because he hates working out in our low-ceilinged bonus room, but he loves me, so he powers through it. 🙂 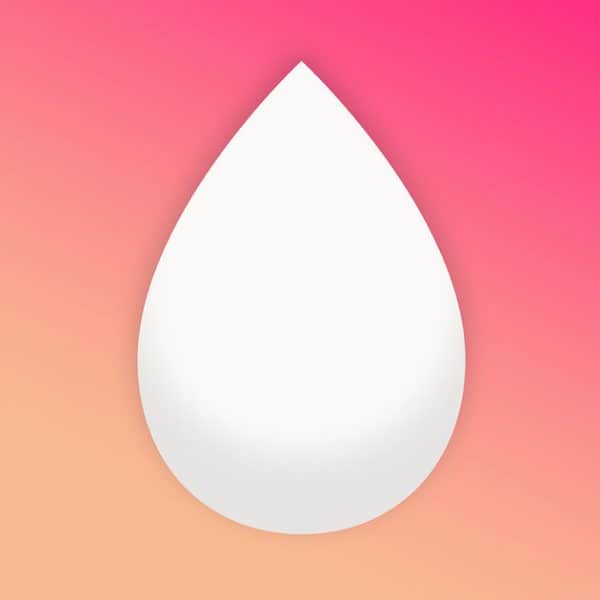 I love this program more than I thought – it’s been soooo overhyped and promoted on social media that I wasn’t sure it would live up to all the paid and unpaid testimonials, but I have to say, it’s pretty awesome. Meaning, I’m reallllly sore and I sweat like crazy. I haven’t done the first BBG program because I  read a lot of criticism about the lack of weights, but BBG Stronger has been super hard and super fulfilling for me so far (although I definitely don’t have a bikini body yet…or ever…haha). I wake up a whole hour later than my Crossfit stint (hallelujah!) – 5:30 a.m. – and try and do the resistance workouts on Mon/Wed/Fri and then run/jog/walk on Tuesday and Thursday mornings. Because some of the exercises are written to use gym equipment that I don’t have, I have to modify here and there, but it’s been pretty easy to do a home version so far. I use Brian’s adjustable dumbbells (these are pricey; any dumbbells would work), this wood jump/step up box, a medicine ball, a moderately heavy kettlebell (for me! I’m no bodybuilder), and this exercise mat (affiliate links for all of the above). This program definitely requires more equipment than some at-home programs, but I had most of that stuff already in my little exercise corner of the playroom, so it’s worked out well. Our ceilings are too low for any jump roping so if that’s part of the daily exercise, I just hop around in place in a very graceful manner (ha!).

I’m already stressing about what I’ll do when the 24-week program is over (yes, I’m one of those people that stress about future events like this). Repeat it? Move on to something else? I don’t necessarily want to fall back into just doing exercise videos, because for me, personally, I don’t stay as motivated, so if you have any other good recommendations for programs/apps similar to BBG, I’d love to hear them!

3) Kid Thought: Randomly, I picked up a few latch hook kits that were on sale at Hobby Lobs the other day (the WonderArt brand), and a few of my kids are hooked (haha, pun intended!). It’s kind of hard to find crafts like this for boys that don’t involve purple unicorns and butterflies, so I was excited to see one with a soccer ball, another with a dog, and one with a tie-dye pattern. I used to do these things all the time when I was a kid (anyone else??) and had no idea they still made them. They do! And they are still fun, apparently! It’s been a great project for them to store away and work on when they are bored. I see a few more latch hooks (and lots of potential shaggy pillows??) in our future this summer.

4) Deep Thought: I’ve been thinking so much about life and motherhood lately. The questions of whether I’m doing enough, being present enough, nurturing enough. I know that motherhood can suck you dry (and break your heart) if you let it. And I’m realizing lately that this is not always a terrible thing. When I have been brought to my lowest points as a mom and felt completely broken and spent, I’ve been able to (later) see the miracle of how powerful the rebuilding process can be, and I almost always emerge stronger and more sure of who I am and who I want to become (as a woman and as a mom). 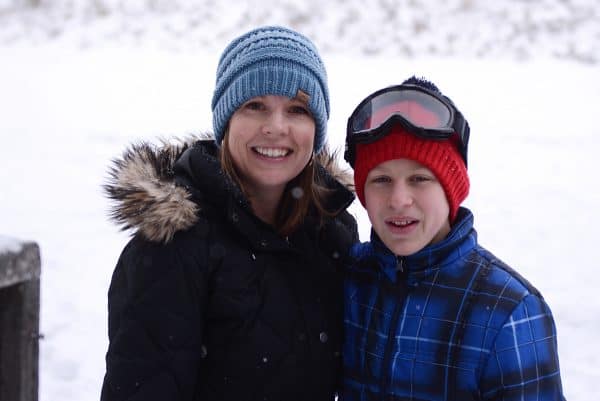 Lately, I’ve been focusing on how to disconnect from some of the emotion involved in parenting without disconnecting from my kids. This might sound kind of strange – I’m not saying that emotion is a negative asset in parenting, just that I need to learn to control it and not let it consume me.  I find that often, I get so emotionally enmeshed in a particular situation with my kids, be it with the 5-year old or the 14-year old, that I lose sight of the end goal for that child (and for me). I’d like to think my intentions are good (I just want to help them grow up to be functional humans, dang it!!), but I also know that my inclination to become emotional, tendency to want to control, and desire to teach (which often is perceived as nagging) aren’t always the best tactics. And so I’m making a huge effort to stay calm and positive during power struggles and difficult parenting situations.

I’m working on it (and praying a lot about it), and Brian and I are figuring out ways to set clear, concise expectations and following up with equally clear, concise (positive or negative) consequences without letting the emotions take over and control the situation(s). I’ve mentioned it before but this short and simple book is one of my favorite parenting go-to’s (affiliate link), and I’ve dug it out time and time again over the last year or so (the examples are a little outdated, but it’s easy to extrapolate to today’s parenting). It’s hard to let kids and teenagers (!!) have independence and free agency/choice even within a framework of structured family boundaries…and sometimes even harder to let them deal with the good or bad fallout from those choices. I probably repeat the following line to myself at least 287 times a day: you cannot control this, you cannot control this. And then I hide in the pantry, rip out my Invisalign trays, and palm chocolate chips into my mouth.

Honestly, though, even with the ups and downs, motherhood is one of the most rewarding aspects of my life, and it’s my measuring stick for what else is worth my time (the question: “how will this impact my role as a mom?” is my first line of questioning anytime something comes up that demands my time or attention), because I truly feel that nothing else I do right now matters as much as my divine assignment as a mom to my kids.

And…if you are wondering why I’m spewing thoughts that aren’t related to recipes, don’t worry, you are still in the right place (maybe??). This will always be a food blog, but I often feel so much more than a recipe-giver. Like, my brain is going to explode with all the other things I want to share. So…Friday thoughts. I think it might become a semi-regular thing. Read at your own risk. 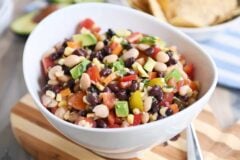 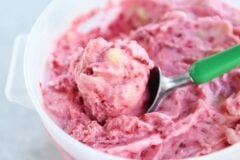