These extra fudgy brownies are the brownies dreams are made of! So easy (only one bowl!), you’re only minutes away from brownie perfection (obviously this could be dangerous; act responsibly). 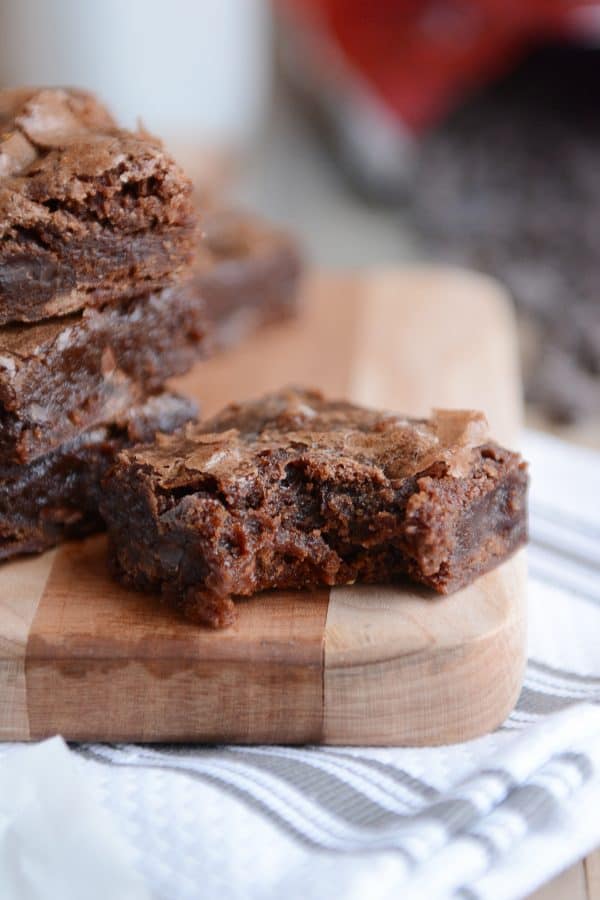 While you sit and contemplate whether the world honestly needs another brownie recipe, I’m going to get on with the things that really matter.

And that is: telling you how amazing these extra fudgy brownies are AND why you need to make them part of your life (daily routine??).

The criteria for a new brownie recipe has to fit the following, though:

-easy, so good they’ll make you cry, ultra-chocolatey, slightly different than other recipes I already have 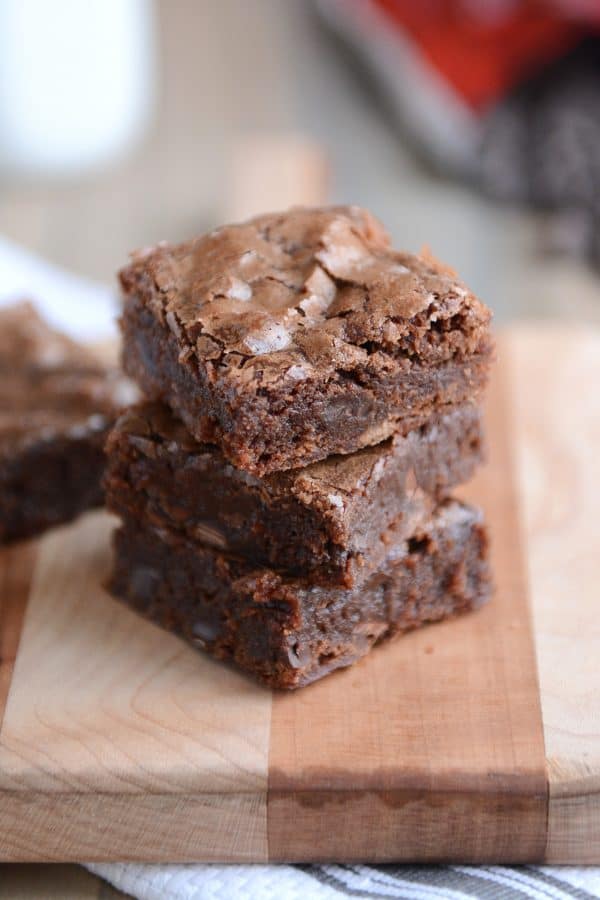 Lucky for you (and me!), these super rich and fudgy brownies fit all of those criteria! Happy day!

Easy, easy, easy, they are made start-to-finish in one bowl. That’s awesome! But since several of my other brownie recipes utilize the same one-bowl method (like this recipe and this recipe), it isn’t exactly a monumental change.

So what makes these brownies so amazingly delicious and worth posting?

Well, they definitely are tasty enough to bring a tear to your (my) eye, AND they are not shy about being boldly decadent with delicious chocolate flavor.

But the thing that really sets them apart is the extra fudgy brownie factor. I mean, it is unreal (in a good way).

They are definitely one of the fudgiest brownies I have in my brownie repertoire, and the feedback from Brian, who is obsessed with fudge and ultra-fudgy brownies, these brownies now rank as his all-time favorites. 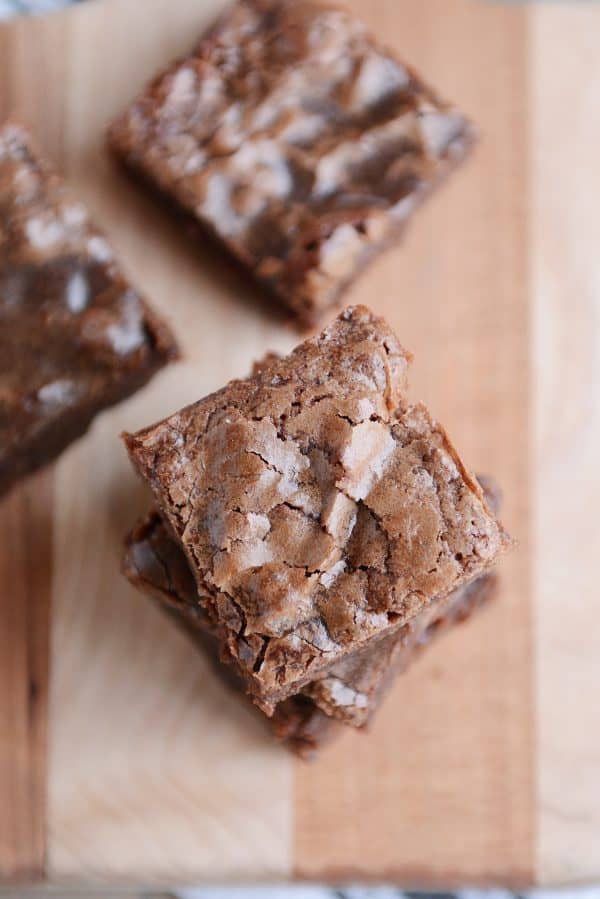 And get a load of that beautiful, crackly top, would you?

That’s the sign of a good brownie. And actually, it’s also a sign of a homemade brownie that is trying to pretend to be a boxed brownie.

Brian, who also loves boxed brownies (no judging), has mourned the loss of the crackly top and fudgy interior ever since he married me (I have nothing against boxed brownies, but I rarely make them now that I know how easy it is to whip up a homemade batch).

Mourning period = over! These extra fudgy brownies have that delicious crackly top with a delicious taste that far surpasses boxed brownies (sorrynotsorry).

This ancient recipe from my archives is also a great approximation for a homemade boxed brownie recipe, and it’s filled a hole in Brian’s heart many times over the years.

But I’m boldly declaring that today’s recipe is even better. The combination of melted chocolate AND cocoa powder in the base of the brownie ensure maximum chocolate flavor and texture (the fudgy texture is also helped along greatly by using both melted butter, a little oil, and egg yolks). 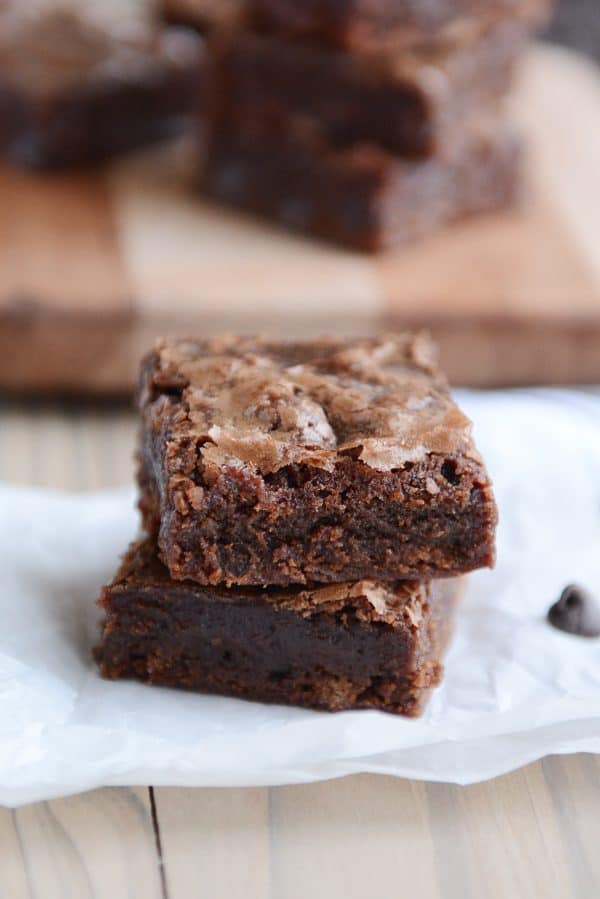 So basically what I’m saying is: these brownies deserve a place on the earth, posted on this blog, and in your heart.

We can’t stop making them (seriously, it’s a problem). If you crave a seriously fudgy brownie with a crackly top that only takes minutes to throw together, today’s your day.

Also, read the notes of the recipe for some insight into what brand of chocolate I use and why I adhere to the egg yolk additions in the recipe!

And one final note, if you are wanting to prevent your self-control from totally crumbling, whatever you do, DO NOT refrigerate or freeze these brownies (they are completely dangerous chilled). 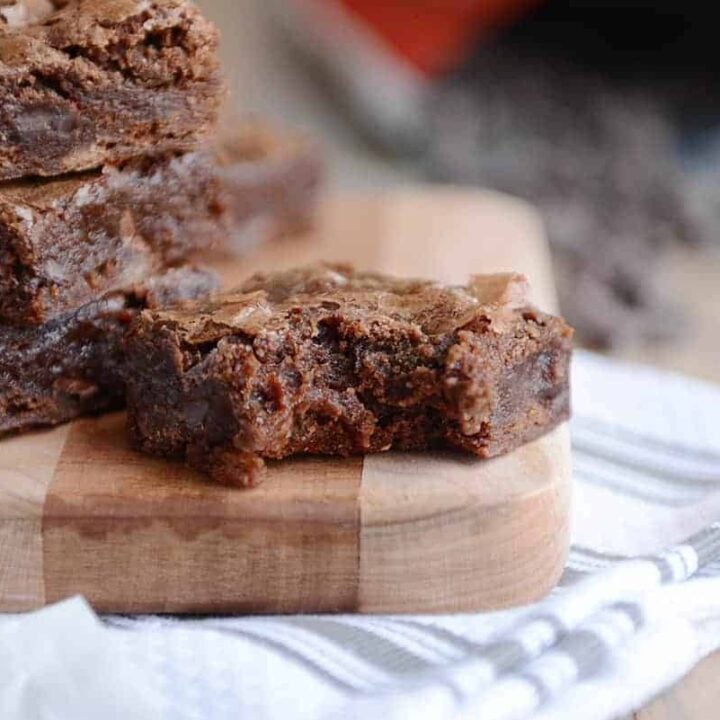 I know some of you are going to be tempted to throw in three large eggs instead of using the 2 large eggs + 2 egg yolks. Just to let you know, I DID try the three egg variation, and the texture of the brownies wasn't the same, so I highly recommend following the recipe for the full fudgy effect. If it helps, egg yolks contribute to moisture in baking while egg whites help with structure (but can sometimes dry out baked goods).

﻿I have made these brownies with both Dutch-process and natural, unsweetened cocoa powder. Both work great. The Dutch-process lends a richer, milder, darker, and slightly sweeter flavor. Most often I use natural, unsweetened because I always have it on hand and it's usually cheaper (which is important when you make these brownies as much as we do!). 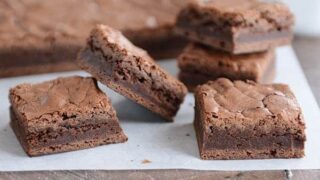 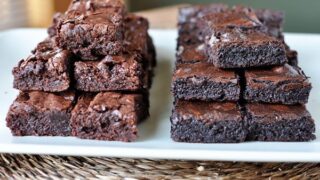 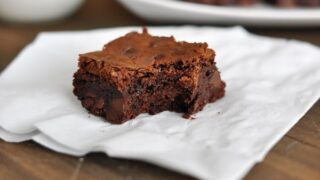 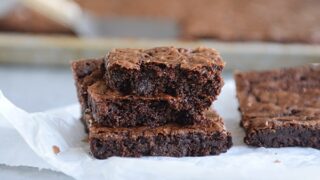