I think of all the dozens of running stories I’ve received, Mel (today’s runner), is the only one I know personally. And she’s amazing. She and Brian knew each other in college and we met when Brian and I were dating. Mel and I ended up marrying our spouses within weeks of each other and she’s one of those people I’d die to live next to (she has four boys herself, like me, so she wouldn’t judge me for the insane rowdiness at my house). I’ve never known anyone to weather the storms in life quite like Mel does. And she has always, always inspired me through her dedication to running (the girl gets up at 5 a.m. every morning no matter what). Thanks, Mel, for sharing your story with us! Check out all the other running stories and training updates here. 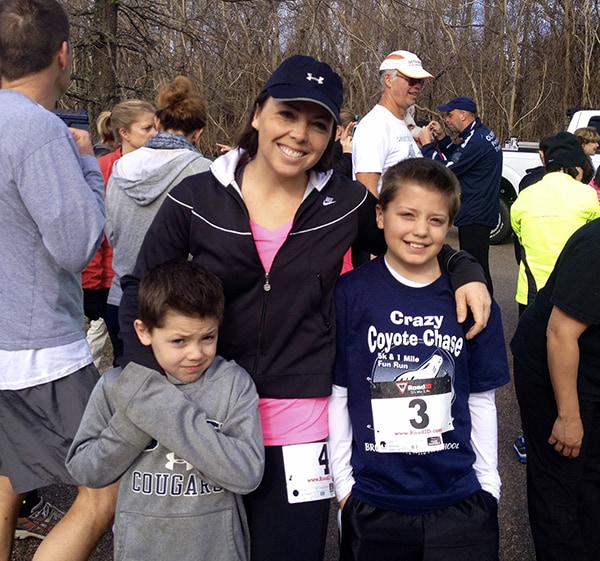 I ran my first 5K when I was in 4th grade and have pretty much been running ever since. I am a busy mother of four boys and with my husband’s work schedule I am now one of those crazy people who gets up at the crack of dawn {5:15am to be exact} to get a run in before the day gets away from me. I may not be as fast as I used to be but I’m dedicated, and if I don’t get those positive endorphins from a good run then watch out! 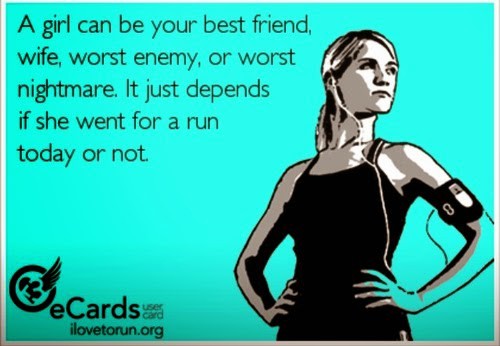 My main motivation in running has always been to be healthy. I love food, especially cheesecake, and although no amount of exercise can compensate for poor eating habits, running definitely helps me maintain a good balance.

Running has also been my way of coping with life, especially through the hard times. When I was in college I experienced a “ten-pound breakup.” You know, the kind where the guy breaks your heart so bad you have no will to live {or eat} and you lose ten pounds? Yep, it was one of those breakups. The only thing that kept me going was running. Sometimes I’d cry my eyes out while I ran, other times all I had to do was think of the guy and I’d get so angry I could sprint up any hill. I started running farther and farther and decided all the therapeutic mileage should be put to good use so I decided to run a marathon, which I did, and it turned out that guy who broke my heart has been my husband for twelve years now. 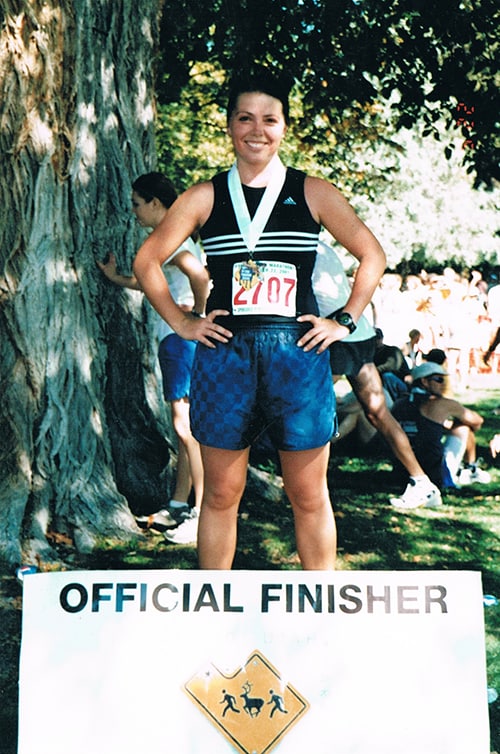 Running has also been a family thing. I have sisters that run, and running with them has always been one of my most treasured memories. My youngest sister died unexpectedly when she was 23-years old while she was serving a mission for our church. I remember going running a few days after her death. I was sobbing so hard I couldn’t see where I was going but by the time I finished my run I felt like she was running right along with me and my tears stopped flowing for the first time in days. 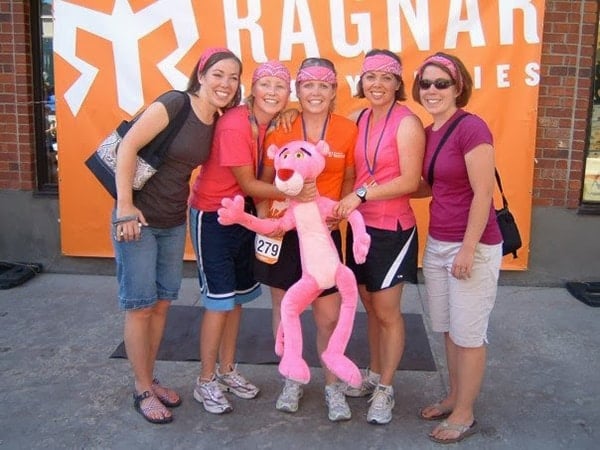 Six months after my sister passed away we received more bad news that changed my world forever. My mom was diagnosed with terminal cancer and after a brief and intense year of battling cancer I got the dreaded phone call that there was nothing left to do, that the end of her life was drawing near. As soon as I heard the news I laced up my running shoes and took off running. I ran until my legs burned and my lungs felt like they were on fire, but it wasn’t enough to match the pain of my aching heart.

It’s been five years since my mom died and I still think of my mom and sister every time I run. My mom was the one who ran with me in my first 5K all those years ago so you can imagine my excitement when I ran with my sons in their first 5K last spring. Who knows? Maybe they’ll take to running like I did. So run on, my friends! You never know where the road may take you but running will get you through it!