This pressure cooker chicken corn chowder is creamy (but still dairy-free!) and absolutely delicious. So quick and easy, it’s a healthy, family-friendly soup! 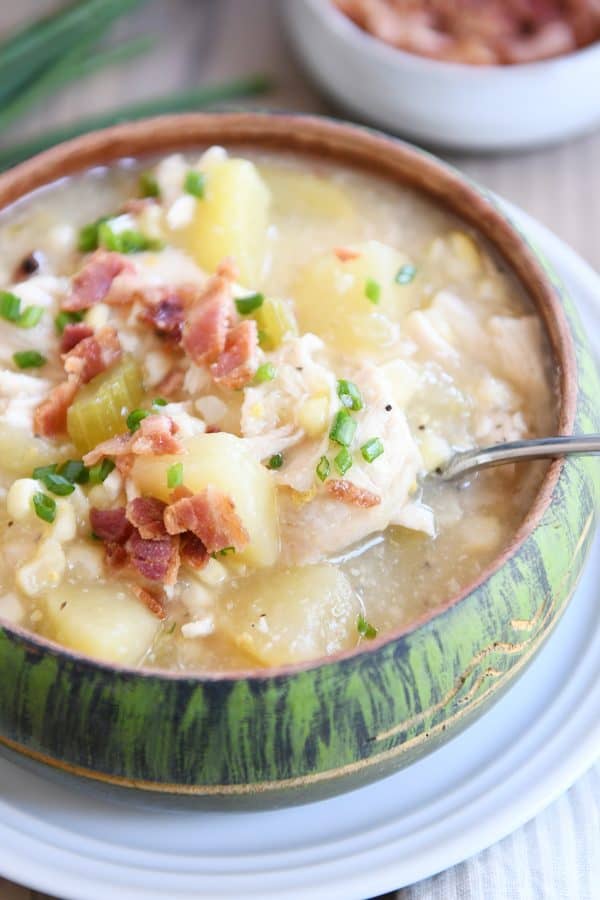 There’s a lot to love about this homey, comforting chowder: it’s easy (10 minutes in the pressure cooker + slow cooker directions included), it’s healthy and creamy without having any heavy cream (or any dairy at all), and it’s very, very delicious.

It’s definitely one of those soups where the sum is greater than the whole of its parts. I mean, you take any of these ingredients on its own, and I wouldn’t blame you for getting a little yawny and snoozy over it. Potatoes? Not exactly earth shattering. Corn? Been there, done that. Chicken? Please tell me it’ll be tender.

But combine them all together and you have one amazingly comforting, simple, delicious soup. We can’t get enough of this one (and not just because we throw a healthy amount of bacon on top). 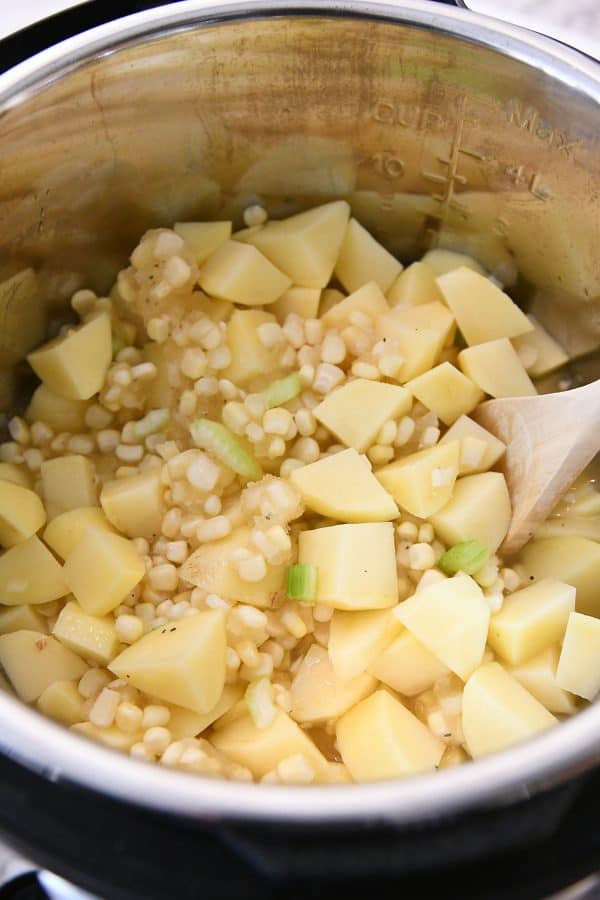 Pressure Cooker for the win

The pressure cooker makes quick work of this soup. All the ingredients are mixed together except for the chicken which gets placed lovingly on top of the corn, potatoes, celery, broth and seasonings.

This is important because you want a) the chicken to cook quickly and evenly which happens better if it is at the top of the pressure cooker and b) you want to be able to fish out the cooked chicken pieces after they’re cooked. I’ll explain why in a sec. 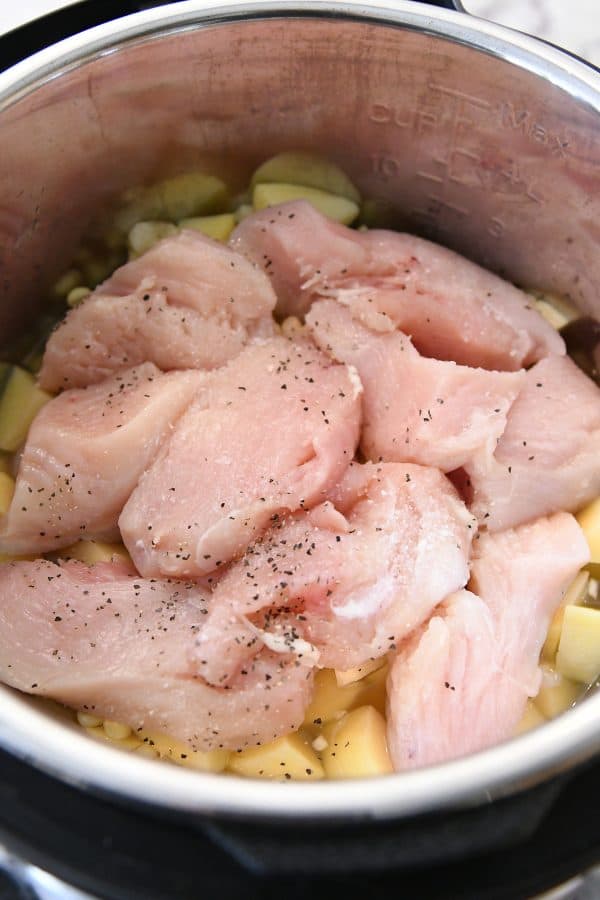 I use either my Instant Pot or my Mealthy pot about equally {aff. links}. Both are great. Both work equally well in my opinion. 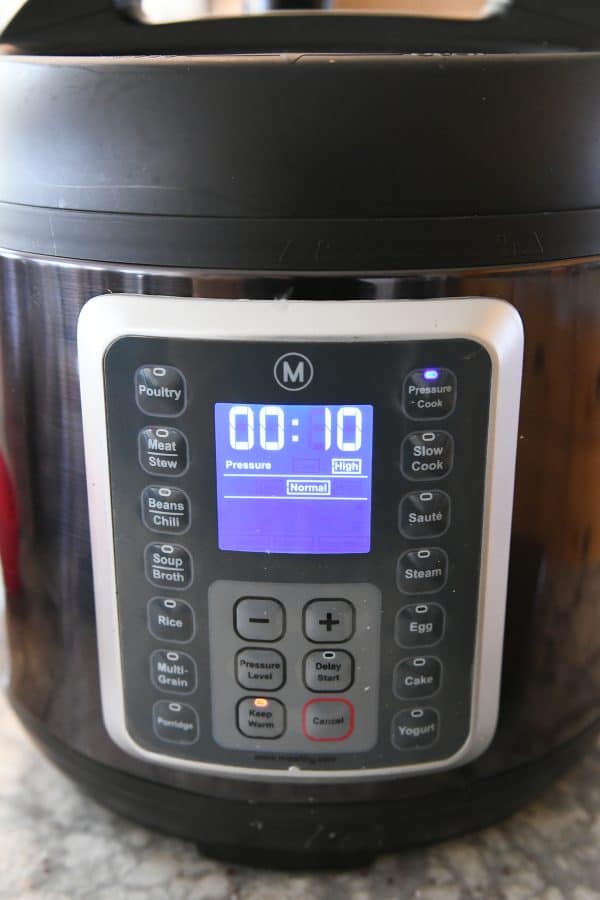 The secret to this creamy chowder

When the soup is done cooking, let the pressure naturally release before quick releasing the rest of the pressure. Take out the chicken and shred into bite-size pieces.

Before adding it back in to the pot, scoop out 3 cups of the soup and blend it up (carefully!) until smooth. Stir that creamy mixture back into the soup with the chicken. Not only will the blended potatoes and corn thicken the soup a bit, but you’ll get an instant creamy boost…without any cream or milk!

You can blend even more of the soup if you want depending on how thick and creamy you want the finished soup to be. 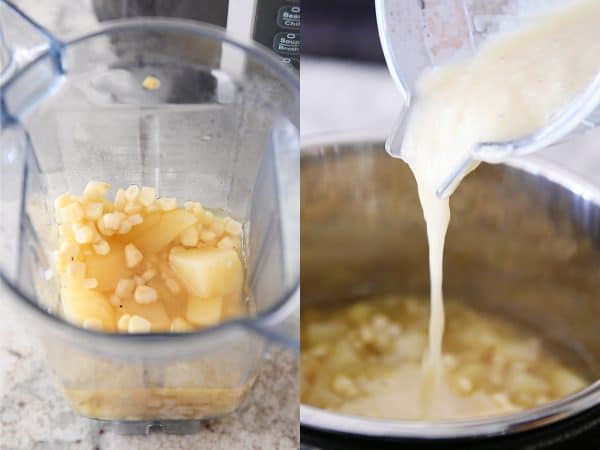 It may not be the prettiest soup on the planet. To be honest, it’s a little bland looking until you throw on some bacon and chives…but the flavor is anything but boring! It has a subtle but not overpowering sweetness from the corn, and the potatoes and other ingredients give it a hearty boost of flavor and texture.

This pressure cooker chicken corn chowder is a fantastic soup to keep on hand any time of the year, but I’m particularly excited about it for the upcoming cool weather months. I almost always have these ingredients on hand which means this soup is going to be a great go-to weeknight dinner saver (and trust me, I need those a lot).

Plus, I’m just a genuinely huge fan of chowder in general AND I love healthy meals I can throw in the pressure cooker and have ready in an hour or less. So this soup is naturally a win-win for me. Hope you love it, too! 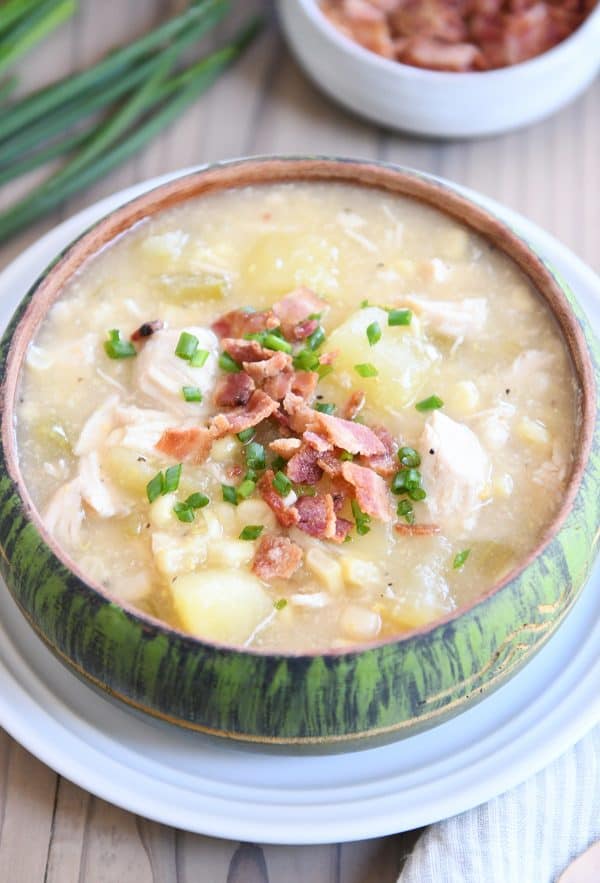 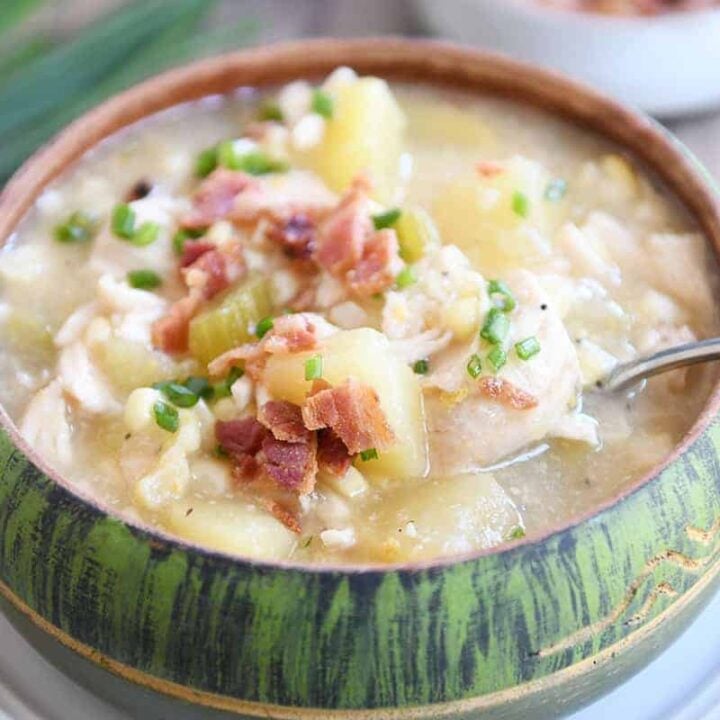 Slow Cooker: I haven't tried this in the slow cooker yet myself but the original recipe was written for a slow cooker and should work great. For the slow cooker, don't cut the chicken into smaller pieces as noted in the ingredient list - keep the chicken breasts whole so they don't dry out. Add the following to the slow cooker and toss to combine: potatoes, celery, garlic, bay leaf, salt and pepper. Spread the mixture into an even layer. Top with the chicken breasts (seasoned lightly with salt and pepper). Add corn in an even layer on top and pour broth over everything. Don't stir. Cover and cook on high for 4-5 hours or on low for 7-8 hours.

Recipe Source: inspired (and wildly adapted) from a recipe in Cook’s Country 2019 (converted it to a pressure cooker recipe, omitted dairy completely, used chicken breasts instead of thighs, changed up most every ingredient and the cooking method) 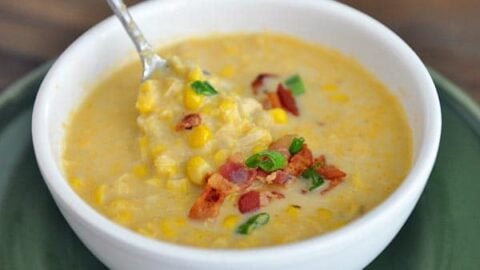 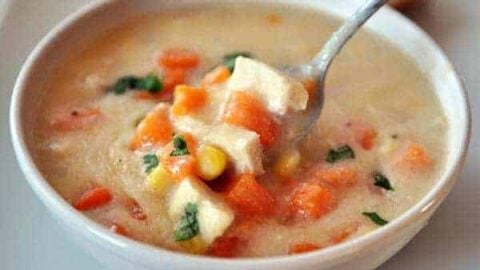 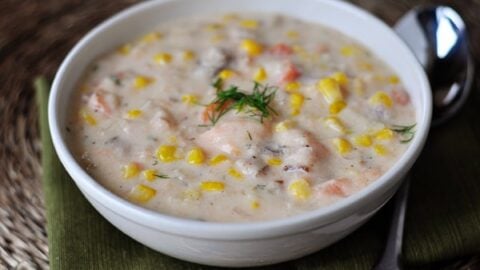 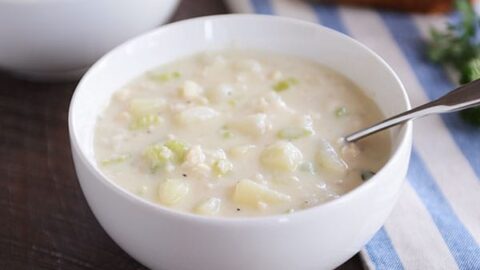