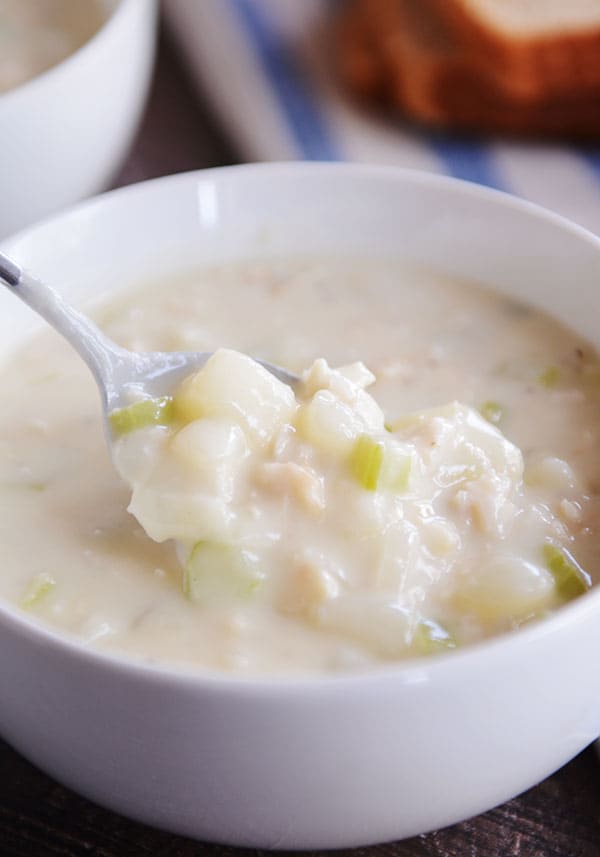 This clam chowder is so incredibly delicious, it’s totally converted me from being slightly lukewarm about clam chowder (I like it but haven’t ever really loved it) to being completely passionate about the stuff.

It’s long been Brian’s favorite soup (this is our old go-to recipe, which is good, but today’s version is incredible). This year, I knew I wanted a favorite version. A stellar version. A so-good-you’ll-cry version.

And this is it.

The crying part may have actually happened, too, because it took me several variations to get this New England clam chowder just right.

Even though it was getting more delicious and more delicious with each variation, I needed Clam Chowder Bonanza 2016 to be over sooner than later. One can only eat clam chowder so many nights in a row without getting slightly emotional. 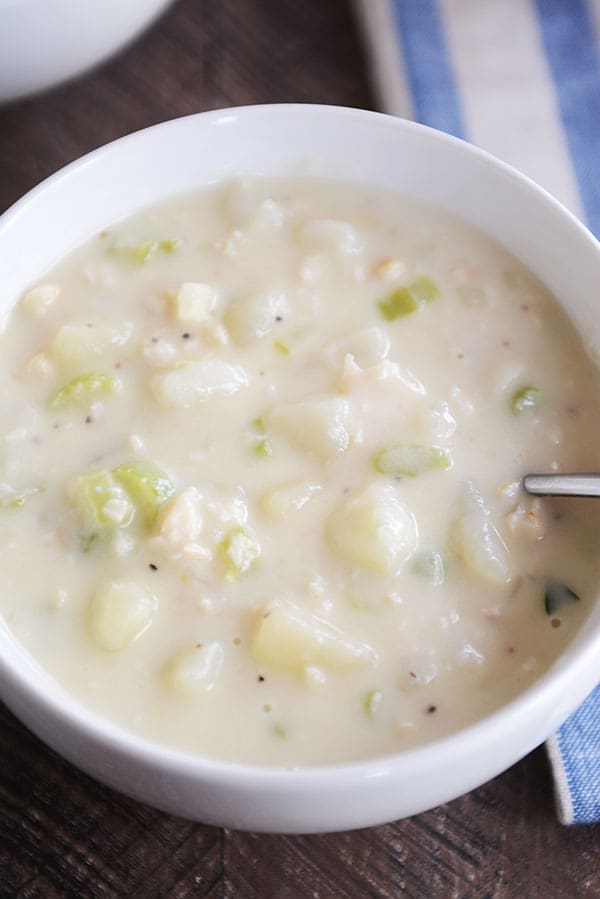 The simple flavors of this New England clam chowder come together to form something magical. Creamy and hearty, this clam chowder is perfection.

I experimented with all different varieties of potatoes and found that I far preferred russet potatoes over red potatoes, which isn’t usually the case (sorry, humble little russets).

Yukon Gold’s make an acceptable substitute, but russets are my fave here. Their soft, creamy texture is just what the chowder needs.

I totally understand clam chowder can be a very personal (and often polarizing) subject.

For us, creamy New England- or Boston-style clam chowder reigns supreme, and this version is going to be a long-standing favorite, I just know it.

This soup reheats beautifully, although it will definitely thicken as it stands (especially if refrigerated overnight).

The flavors are even more delicious the next day. And don’t ask me how I know, but even straight from the fridge, the clam chowder is tasty, tasty, tasty.

Sorry if the thought of cold leftovers is revolting (Brian is giving you a high five). I’m a cold leftover lover and proud of it, and I’m happy to report most of my kids agree with me.

Some of that may be the inheritance of my impatient nature – who wants to waste a good minute warming something up in the microwave?

If you’ve been on the lookout for a great New England clam chowder recipe, give this one a whirl! I have a feeling I’m not the only one who will become fully converted to clam chowder after tasting the deliciousness of this New England-style version. 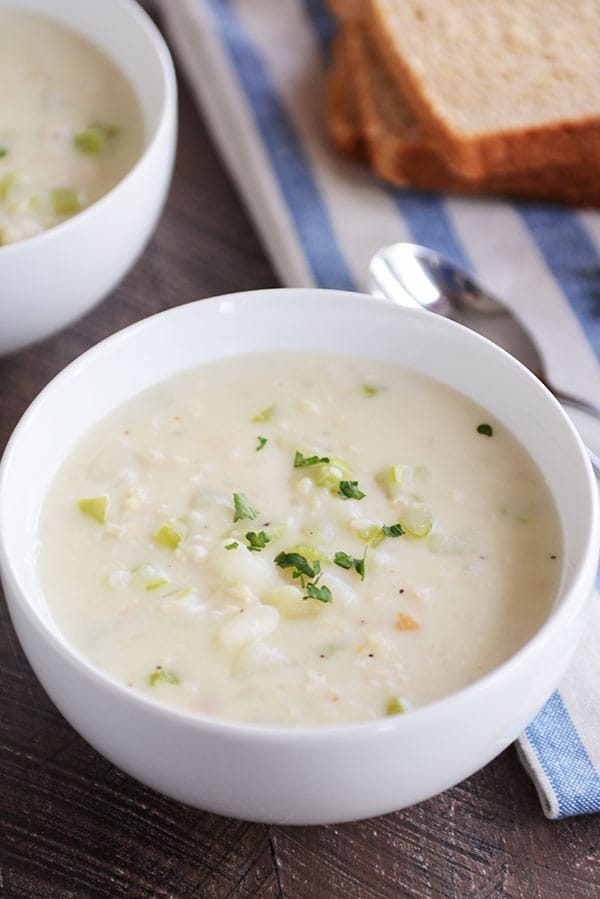 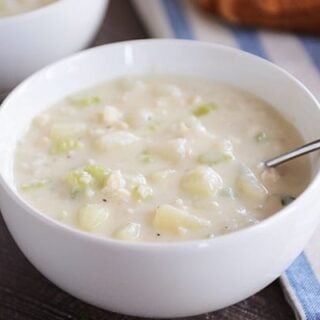 Recipe Source: from Mel’s Kitchen Cafe (after playing around with a lot of different versions including this old version on my site for Boston clam chowder and this recipe at Epicurious, among others) 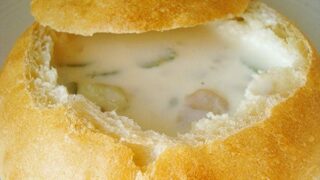 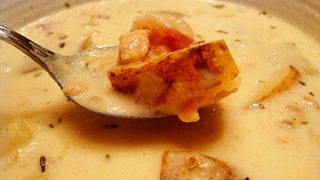