What makes this 7-layer dip different than most other throw-together variations is that each component has a little slice of homemade love! 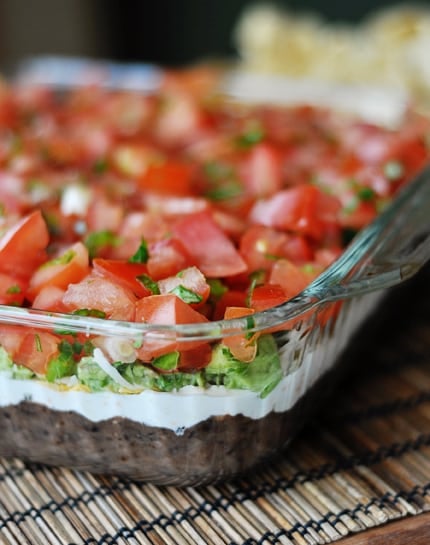 This recipe is one you probably already have in your arsenal. I mean, 7-layer dip is basically the most common dip known to man, according to my scientific polls. But I’m telling you, promising you, guaranteeing you, that this isn’t just your ordinary 7-layer dip, this is the ultimate 7-layer dip. And I mean, ultimate.

What makes this 7-layer different than most other throw-together variations is that each component has a little slice of homemade love to it. As in, instead of refried beans, you get a simple mixture of slightly pureed black beans with a smoky spice and fresh lime juice thrown in.

The sour cream layer is blended up with handfuls of cheese – which sounds strange, but it lends a delightful thick, cheesiness to the layer. Guacamole layer? Homemade – taking minutes to throw together but adding worlds of freshness and goodness. The salsa layer is replaced with a homemade pico de gallo variation that, again, is simple, simple, simple. 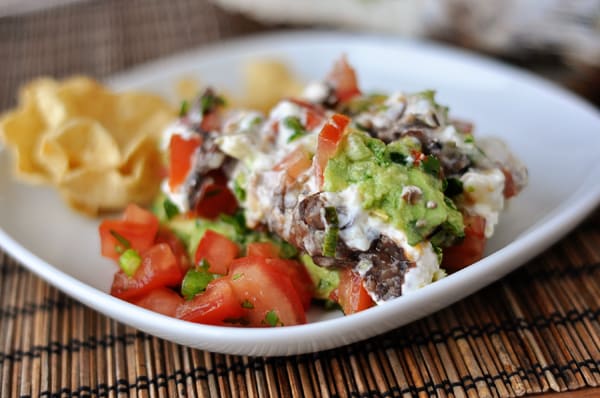 Remember how I told you that my husband was consuming this cranberry-jalapeno dip by the pound, unable to bring himself to stop? Well, sadly for his weakening metabolism, this 7-layer dip has had an equally addictive response.

He and I both have been fighting over the last remnants. It is so fresh and tasty, it’s easy to keep thinking “just one more chip, just one more chip.” And for the record, the layers of this dip just don’t add up to 7, so don’t ask. I think the original recipe (before I adapted it) counted the tortilla chips as a layer (strange) and also some sliced green onions on the top, which I omitted.

Any way you look at it, it’s still 7-layer dip in my mind…and tummy. 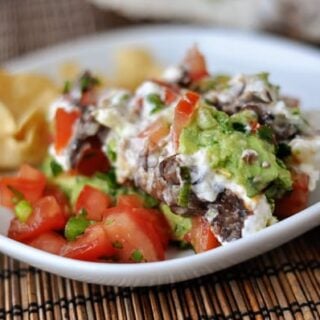 End Result: don't get scared away by all the components and ingredients listed below. I promise it's not as complicated as it looks - and I promise the result is worth it.

Clear Dish: this recipe is usually served in a clear dish so you can see the layers.

For a Crowd: double the recipe and serve in a 13 by 9-inch glass baking dish.

Prep: keep in mind that the parts of the prep for the tomato and guacamole layers need to sit at room temperature for 30 minutes before proceeding with the recipe. 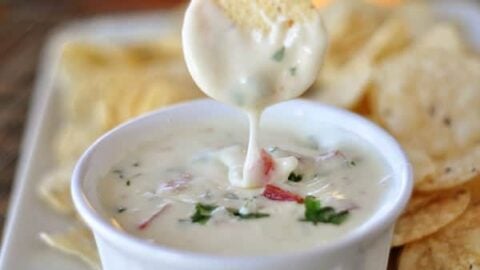 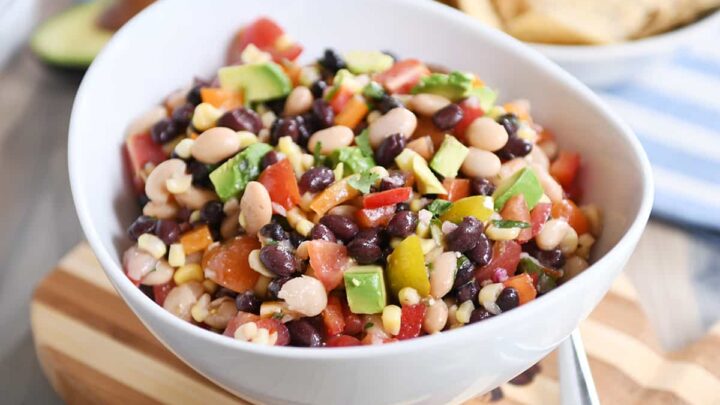 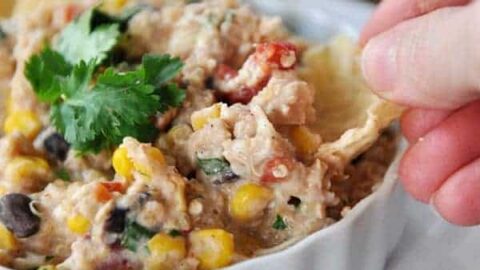 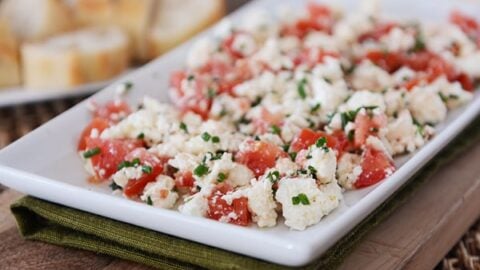 43 comments on “The Ultimate 7-Layer Dip”