An amazing one ingredient recipe that tastes like heaven- this slow cooker DIY dulce de leche will make all of your dessert dreams come true! 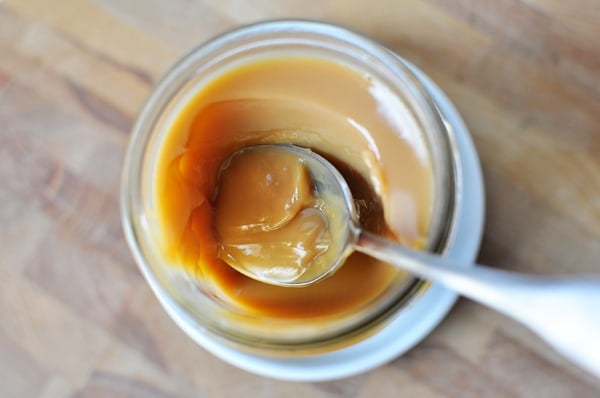 Did you just shiver in excited anticipation? Because you should. I have been living in a dulce de leche dream world since stumbling upon this foolproof and non-explosive method of making dulce de leche.

I’m not kidding when I say that I’ve made a batch of this about every other day for the last week because I can’t stop myself from a) eating it by the spoonful and b) giving it away so I can win the friend-of-the-year award.

Listen, I’m not above bribing people to be my friends. Glad we got that out of the way. 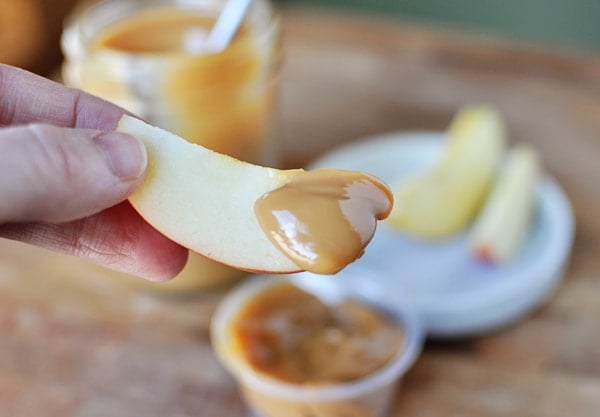 Let me back up a bit. A week or so ago, a friend I’ve made through blogging, Amy M. (who has fantastic, impeccable food taste), emailed me to tell me she had boiled a can of sweetened condensed milk in water, stirred in a bit of vanilla, and made the best dulce de leche ever. I emailed her back and said I’d heard of this method, but like pressure cookers in general, it scared the bejeebers out of me to try it. I mean, I don’t know about you but the risk of exploding cans of hot sugar make me nervous. Amy assured me it wasn’t that big of a deal (probably rolling her eyes all the while) especially if you keep an eye on the water level and add water as necessary.

But I was still scared. So I did a little research and in doing so found I wasn’t so crazy about boiling the can for another reason – the possible (or real, whose to say for sure) risk of BPA toxins from lined cans leaching into the milk while boiling. Enter the canning jar theory. I have a ton of canning jars sitting in my basement so I decided to try it out in the slow cooker. 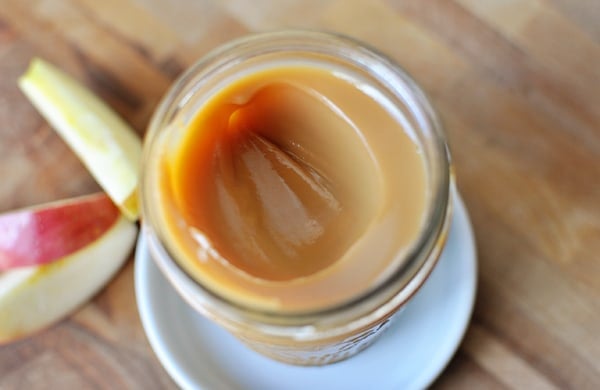 Now I just had to decide if it really was the stuff dreams are made of. So I opened up two cans of sweetened condensed milk, poured them equally into 3 (1/2-pint) canning jars. Capped them with lids and rings and set them in my slow cooker, covered with water by an inch and cooked the magical jars for 8 1/2 hours (another overnight solution, baby). And oh yes, my friends, the golden, glorious dulce de leche that was pulled from my slow cooker (with a bit of vanilla stirred in) truly is life-changing.

For a week or so now, we’ve been dipping apples like crazy into the silky, smooth dulce de leche, not to mention drizzling it slightly warmed over ice cream and…as I sheepishly admitted earlier…simply eating it by the spoonful (my husband insists I mention right here and right now how divine this is on bananas, also).

So what are you waiting for? Make some! It’s easy-peasy-lemon-squeezy and I’m left wondering how I’ve managed to live without a constant supply of dulce de leche in my kitchen before now.

Thanks, Amy, for getting the wheels spinning for some fantastic, homemade dulce de leche!

How can you resist a one (possibly two if you add the vanilla) ingredient recipe that tastes like heaven? Plus, you’ll want to have some of this on hand thanks to the dessert recipe I’ll be posting next week that utilizes the dreamy stuff. 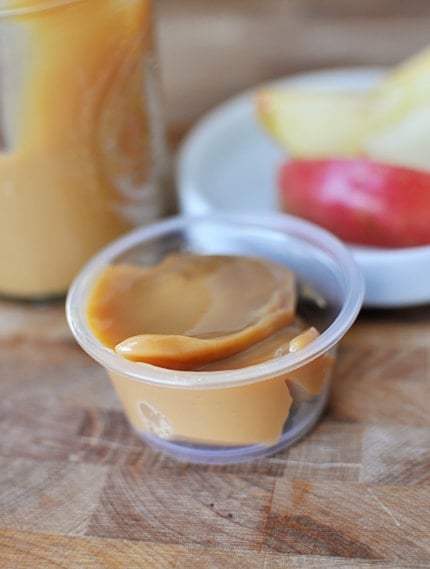 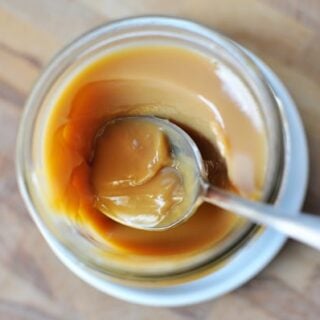 Slow Cooker Temp: don't shorten the slow cooker time by setting the temperature to HIGH. I read several reviews over different blogs that said doing that resulted in a very burnt, disgusting mess.

Cooking Time: also, slow cookers vary in temperature so you'll have to experiment a little with the actual time you cook your dulce de leche. Mine was perfect after exactly 8 1/2 hours but it might take up to 10 or as short as 8 to achieve the perfect dulce de leche.

Recipe Source: inspired by this post after Amy M. sent me an email regarding dulce de leche 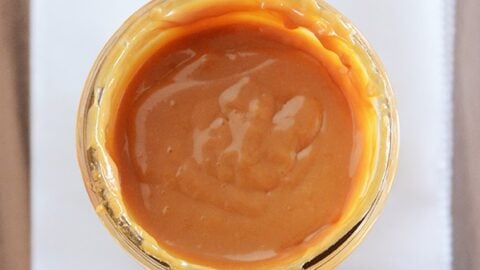 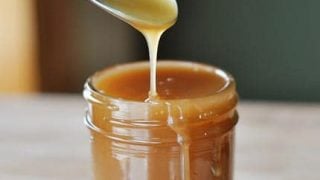