Random as always, I decided to type up a quick Friday Thoughts brain download while we are on a little 6-hour road trip this afternoon. Don’t forget to comment below with any and all of YOUR thoughts (my favorite part!). 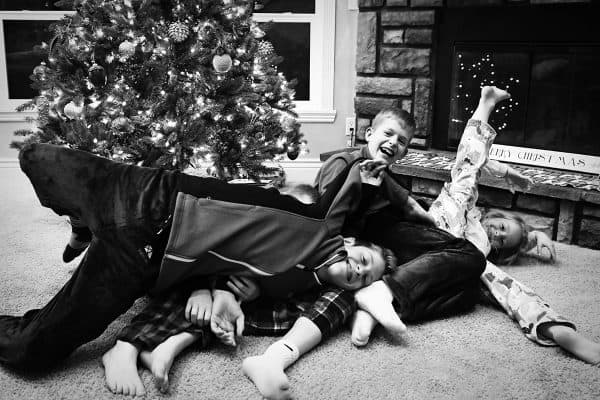 Remodel Thoughts: We thought it would be fun (??) to start remodeling significant parts of our house the week before Christmas. And by “we,” I mean, Brian and I are giving lots of advice but leaving the important work to the  highly-recommended Eric from Remedy Residential (locals – he’s amazing, but you can’t have him until he’s done with my bathrooms, k, thanks). It started with the kitchen pantry because my cute, little corner pantry was starting to spill out into every corner of the house. Literally. I was stashing food and cooking supplies in the kids’ closets, above the washer, and underneath beds. 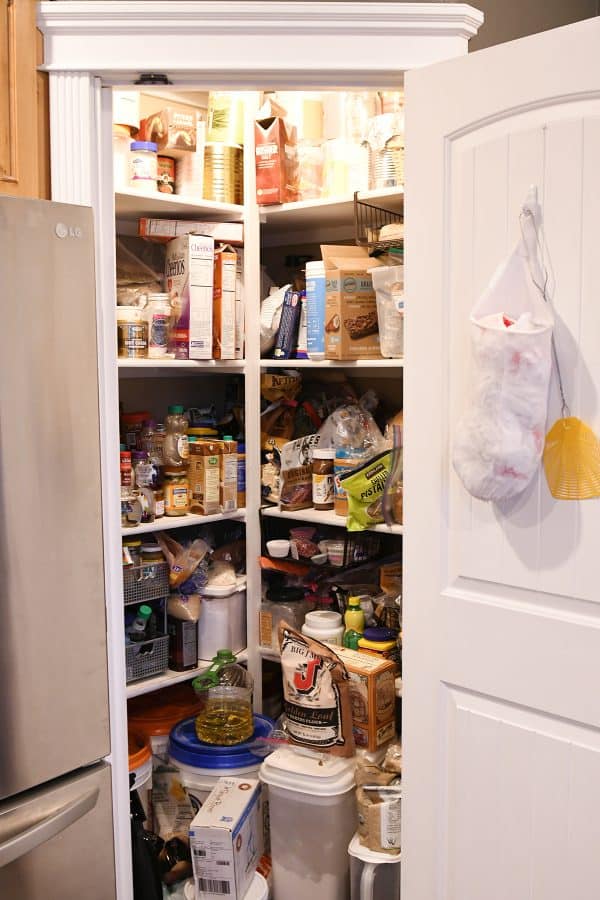 We figured out a way to punch through the back wall of the existing pantry and utilize some of our deeper garage space to create a walk-in pantry. And seriously, I don’t think I’ve ever been so excited about something in my life. 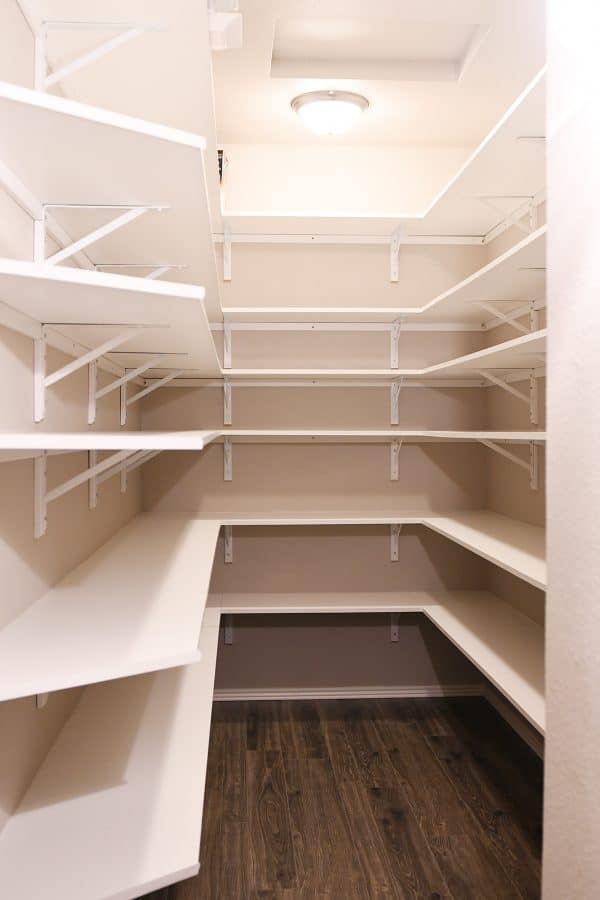 I legit think I heard angels singing when I walked into the renovated space for the first time. Also, I think, maybe, possibly, most definitely Eric was a little caught off guard when I hugged him because of my excitement over pantry shelving. What I really know is that this miraculous, new walk-in pantry brings a whole new meaning to my oft-used coping skill of hiding in the pantry eating chocolate chips. 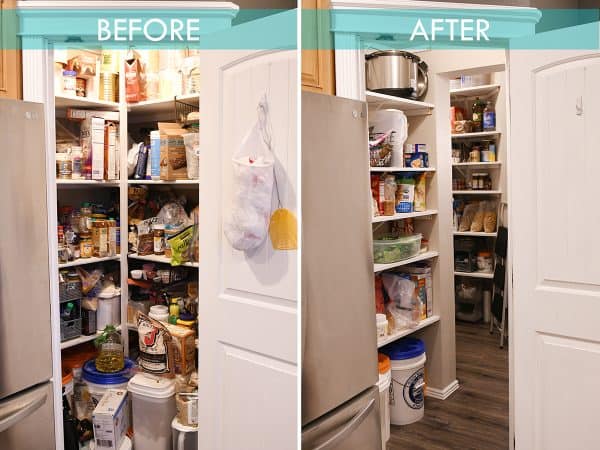 Brian Recovery Thoughts: Thank you to EVERYONE who has emailed, commented and followed up to ask me how Brian is recovering after this post where I vented a little about it. Brian is doing much, much better. He’s back to 100% capacity in terms of work, home life, and church service. Although he’s dealing with pretty constant congestion from the surgery and his snoring is…well…still very special, we are grateful he’s doing so much better than he was in October and November. Thank you so much for caring!

Go Positive Thoughts: Are you an ambitious new year’s resolution setter? I’m kind of a moderate. I always choose a few things to work on (both personally, spiritually and creatively) but I don’t go crazy. The feeling of failure is hard for my perfectionist personality, and I do better when I set the bar low, or rather, realistically. This year personally, after having some emotional breakdowns in regards to parenting and some issues we are dealing with at home and with the kids, my biggest goal is that I’m not saying anything this year that isn’t positive. While I’m trying this in all aspects of my life, mostly it is in relation to how I mother my kids. 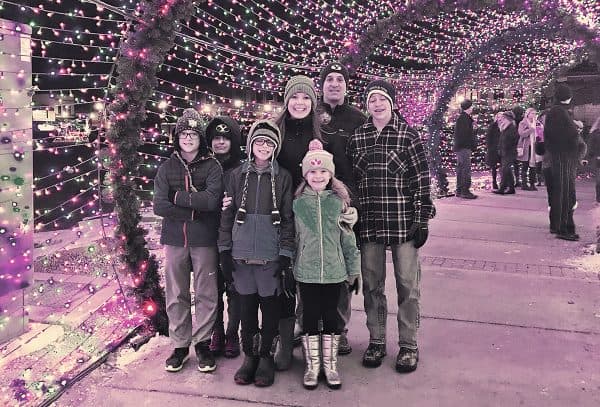 I feel so strongly that if I can stick with this, it will change the trajectory of my kids’ lives. Don’t get me wrong, I’m still correcting behavior and issuing consequence, if need be, but I’m framing all of those conversations positively (i.e. “it would really help if everyone could jump up and help in the kitchen so we can get things cleaned up!” vs. “seriously, you guys, can’t anyone get off the couch and help a little bit around here??”). Not going to lie, I’ve already nearly bitten the side of my tongue off keeping myself from saying something naggy/negative and have ended most nights since the new year with a migraine from the effort of ignoring a lot of “behavioral noise” and focusing on positive, positive, positive, but thankfully I am seeing nearly miraculous improvements in the feeling of our home, and I’m determined to continue, even if the effort earns me some gray hair. I’m also doling out more 8-second hugs to anyone related to me who will take them (and also those who don’t want them!).

Creatively, I’m committing myself to finally finish the Fancy Forest quilt I started a couple years ago. Last year, I finished my first-ever, real, live pieced quilt (this Book Nerd quilt pictured below) and gave it to the kids as their traditional homemade Christmas present (although I didn’t confess to them how many bad words I said while making it – quilting is hard!!). Their reactions were so fun on Christmas morning…here’s to hoping I survive and actually finish a much harder quilt this year. 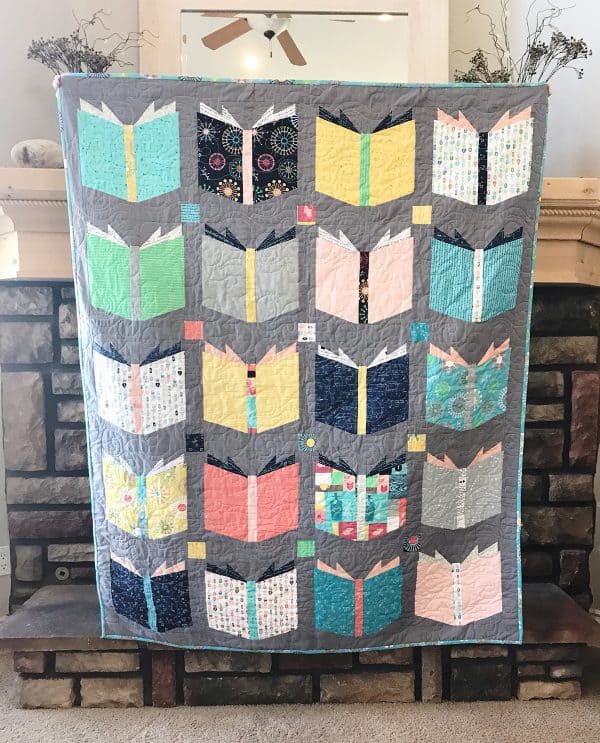 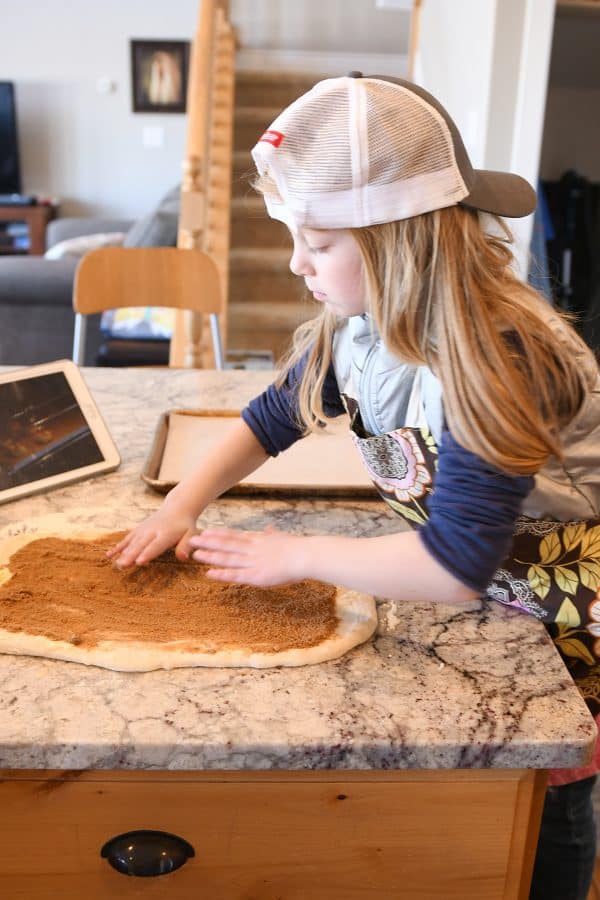 Holiday Wrap Up Thoughts: Overall, we had a great Christmas and New Year’s despite having some lingering sickie germs. And, you know, general holiday and sugar overload (can only be blamed on poor parenting choices such as committing to a Harry Potter movie marathon among other things). We’ve also completed no less than four pretty substantial puzzles thanks to the fact that we are a family of puzzling nerds. The kids go back to school on Monday, and we are currently on a last-minute family drive to Utah to celebrate the life of Brian’s grandpa who passed away on New Year’s Eve at the age of 91. A bittersweet, but also wonderful, way to end the holiday. 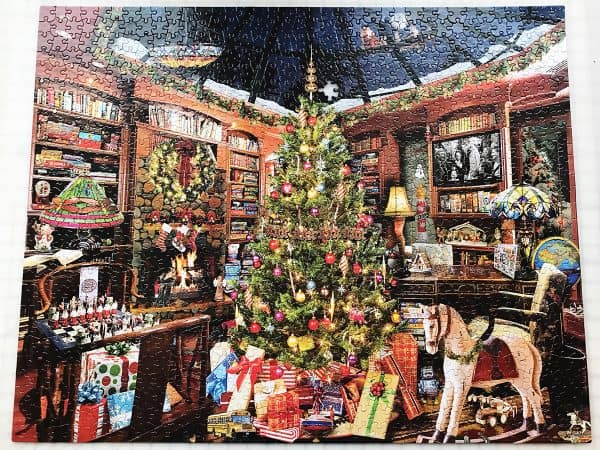 Ok, now gimme all YOUR thoughts! Holiday thoughts, cinnamon roll thoughts, pantry thoughts, goal setting thoughts or any old thought you want to share. I love reading them all!

Disclaimer: I am a participant in the Amazon Services LLC Associates Program, an affiliate advertising program designed to provide a means for me to earn fees by linking to Amazon.com and affiliated sites. As an Amazon Associate I earn from qualifying purchases.
2019 January Friday Thoughts

419 Comments on “Friday Thoughts: Holiday Detox and Other “Stuff””