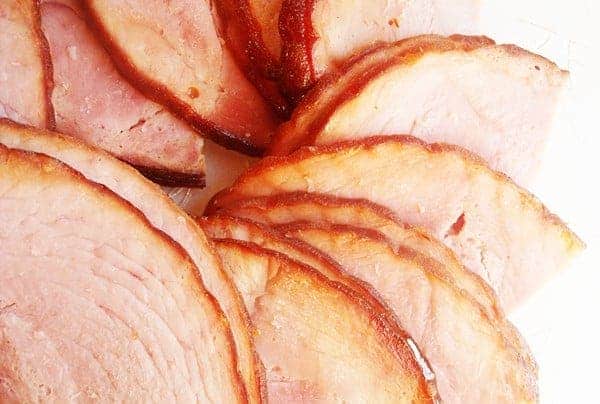 I tend to be sort of a nontraditional Easter menu planner – throwing things onto the table like chicken instead of ham, pasta instead of potatoes.

But my husband…well, he is traditional in every sense of the word when it comes to the Easter meal. Which means, since I decide 99.9% of the time what we eat for dinner, that I heave a big sigh and then give in to him every year and we have ham.

There is nothing wrong with ham at all. I just like to buck the system and eat it for the 4th of July instead of for Easter.

If you are looking for a great ham recipe this year, I have two up my sleeve that are fantastic. This Slow Cooker Maple Brown Sugar Ham is easier than easy and very delicious (take care not to cook it too long!).

The other is a classic ham recipe that I wanted to share if you are more into the oven-roasting method.

This ham utilizes your talents in whipping together your own glaze – and it is worth it. Be gone, sugary, grainy pre-packaged glaze mixes!

This glaze is maple-syrup-and-dark-brown-sugar-sweet but balanced perfectly with whole-grain mustard, cinnamon and apple jelly. It sounds bizarre but it comes together perfectly.

Ham is a pretty low maintenance meat, and this recipe is no exception. The ham roasts in an oven bag for a couple of hours, is smothered in glaze and then hotly baked to caramelize the delicious flavor. Succulent, tender and delicious. 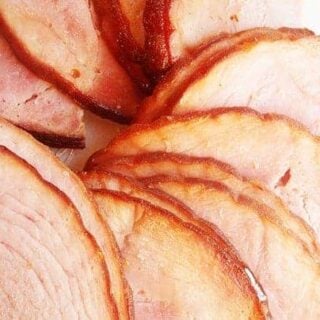 This recipe calls for a large oven bag.