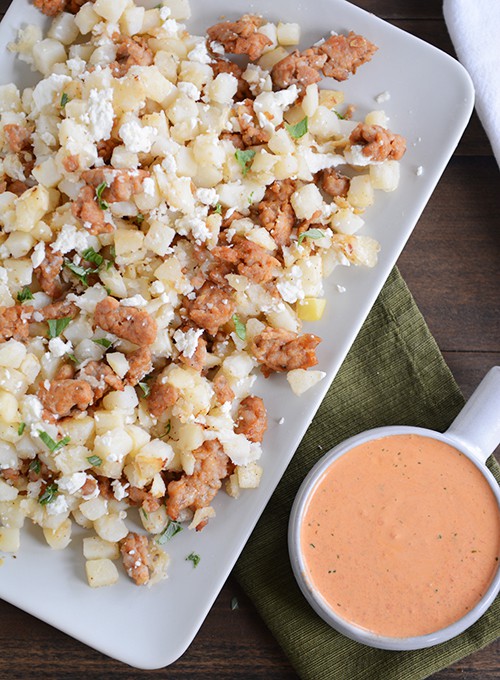 Talk about taking your every day hash brown dish up a notch. Roasted hash browns + chicken sausage + feta + fresh basil. Alone, that would be enough to make me do bad cartwheels across my kitchen floor.

But drizzle on the simple homemade pesto red pepper dipping sauce and it doesn’t take more than a bite to realize these hash browns are special.

I’ve made this recipe four or five times since my brother-in-law, Brad, gave it to me, claiming the hash browns were lifechanging.

That bold statement didn’t even alert my skepticism because

a) he and his wife Cass have great, and very trustworthy, taste in food, 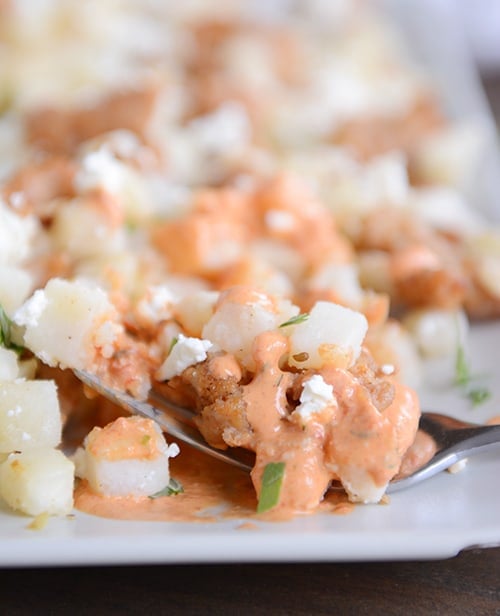 One time last month I needed to make dinner for a family who was moving without a lot of notice.

I had these on the menu plan already for my little brood and before ever having tried them myself, I doubled the recipe, slapped them alongside some grilled chicken (with the dipping sauce in small disposable containers), tossed in a salad and grabbed cookies from the freezer on my way out the door.

It was a risky move considering they aren’t your every day hash browns + I hadn’t tested the recipe beforehand. But the meal, according to all parties who devoured them, was an absolute hit.

These yummy hash browns have quickly made it onto our short list of side dishes we’ll eat with anything and everything and often just by themselves.

I’m so happy I have in-laws who realize the way to my heart is through food (and most importantly recipes that make me look like a rock star). 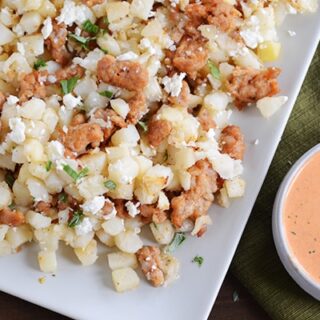 Hash Browns: depending on where you live, look for a brand of southern-style hash browns that has minimal ingredients in the list (in my neck of the woods, Western Family is the main brand I can find where the only ingredient is potatoes - imagine that!).

Red Bell Peppers: also, instead of using jarred roasted red bell peppers, you can certainly roast your own (especially if you have a gas stovetop) - if doing so, use one large roasted red pepper.

Sausage: ﻿any style of Italian sausage can be used; I'm partial to the chicken sausage from Trader Joe's that comes in uncooked links (simply slice through the casing and press the sausage into the skillet).

Recipe Source: adapted from Julie and Mark Magleby, passed on to me by my brother-in-law, Brad 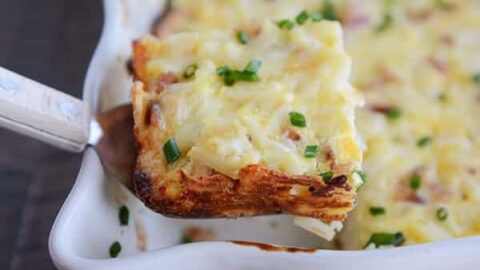 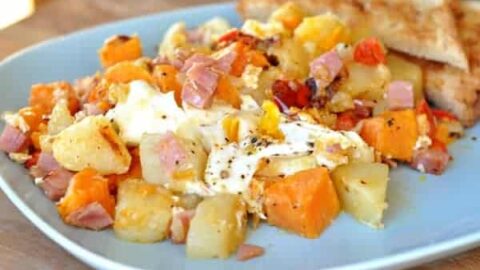