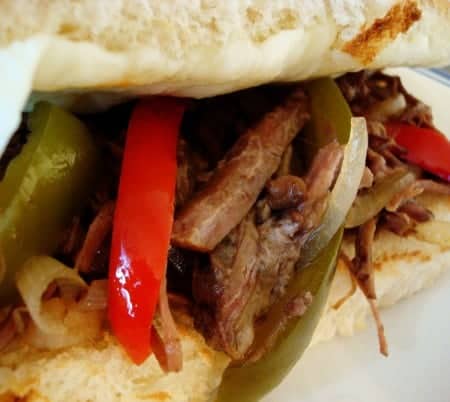 We scarfed down these sandwiches Friday night, had leftover sandwiches Saturday for lunch, and I am STILL craving them today.

They were extremely delectable and shockingly easy.

This is a fabulous recipe from Dinner’s Ready – a blog I stumbled upon that has many contributors – which makes for GREAT variety.

I have bookmarked several of their delicious recipes (no pictures, but the recipes still caught my attention!).

I served the sandwiches on buns I made from my French Bread roll recipe and the combination of homemade bread, lots of melted cheese and tender, juicy meat was to die for.

Once again, another recipe going into my vault of tried-and-true. 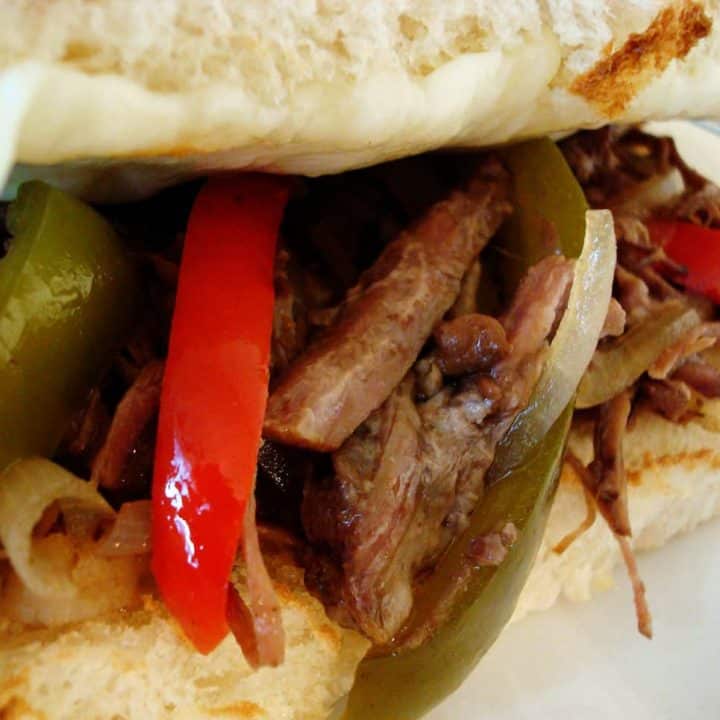