Instead of regular baked potatoes, we have the twice-baked potato- full of cheese, sour cream, and other flavors, they’re easy and amazing! 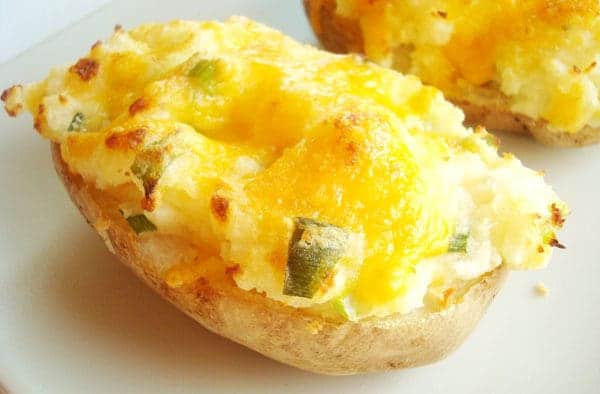 I like baked potatoes but the classic version can seem awfully boring at times. Enter the twice-baked potato, chock full of cheese, sour cream, potatoes (of course) and other delicious flavors.

A snap to prepare, the only real work is trying not to burn your fingers while scooping out the hot potato innards. Once that step is over, I let my kids loose and they have a grand ol’ time smashing the guts out of the potatoes in the bowl.

I think they are trying to release the anti-potato aggression they feel when I announce we are having potatoes with dinner.

I’m simply trying to provide them with the therapy they need to survive life where potatoes make an appearance at mealtime.

I served these babies with the grilled pork chops and it was a meal made in heaven. 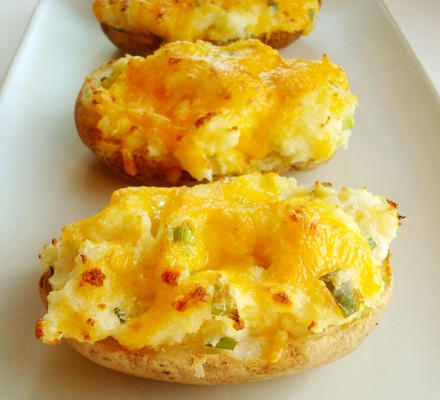 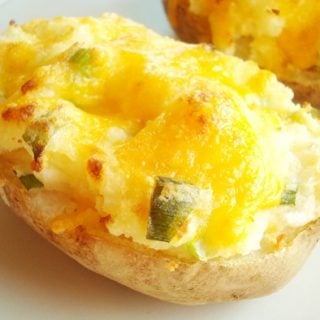 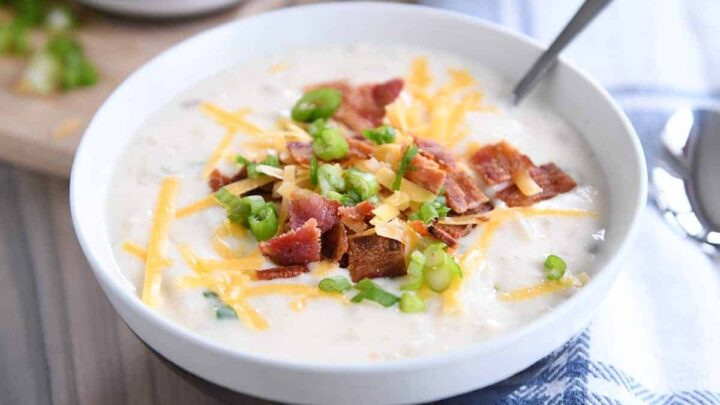 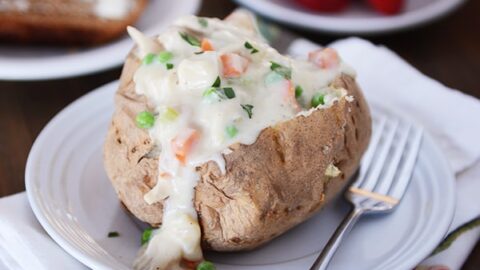 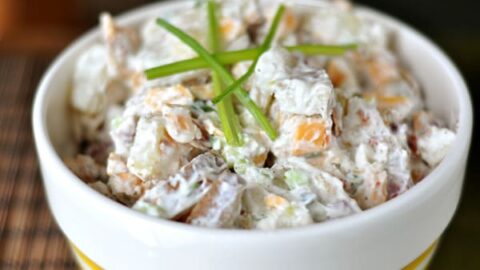 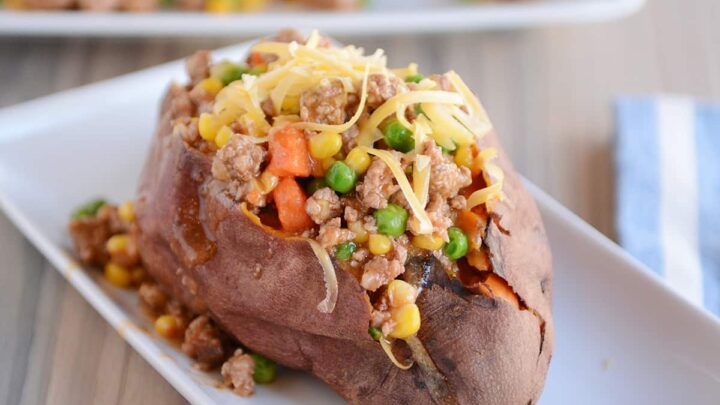