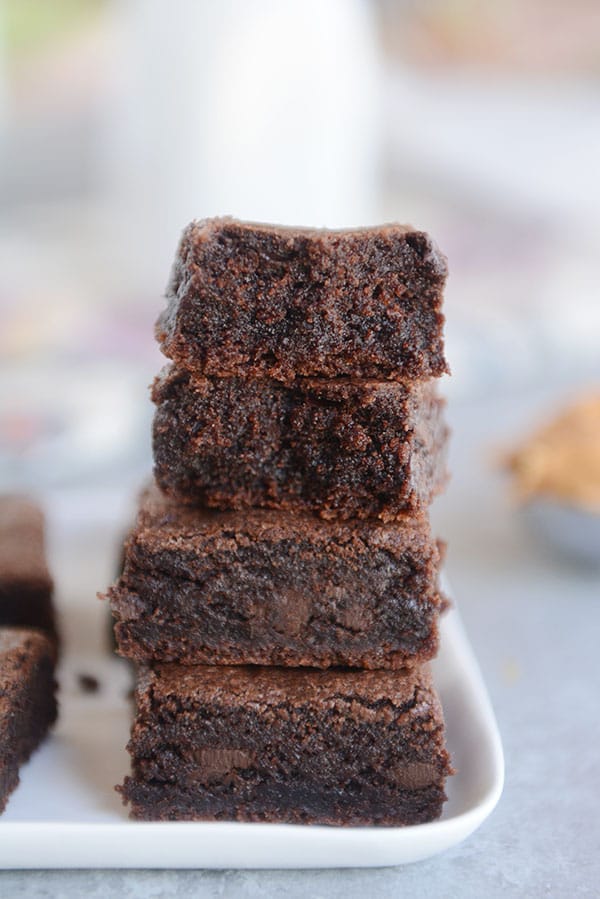 I know that chocolate peanut butter brownies are far from a new thing (as in, I’m no pioneer with today’s recipe). Personally, I’ve never had a brownie where the peanut butter is all wrapped up in the batter, like this version, instead of being swirled and dolloped and layered all over the brownie batter.

And I’m pretty sure this is what I’ve always wanted a peanut butter chocolate brownie to be. Deeply chocolate with a delightfully strong yet subtle presence of peanut butter.

It kind of sneaks up on you, that peanut butter factor, especially considering you aren’t looking at any pretty swirls of peanut butter before shoving a brownie in your face. But man, these brownies are amazing. 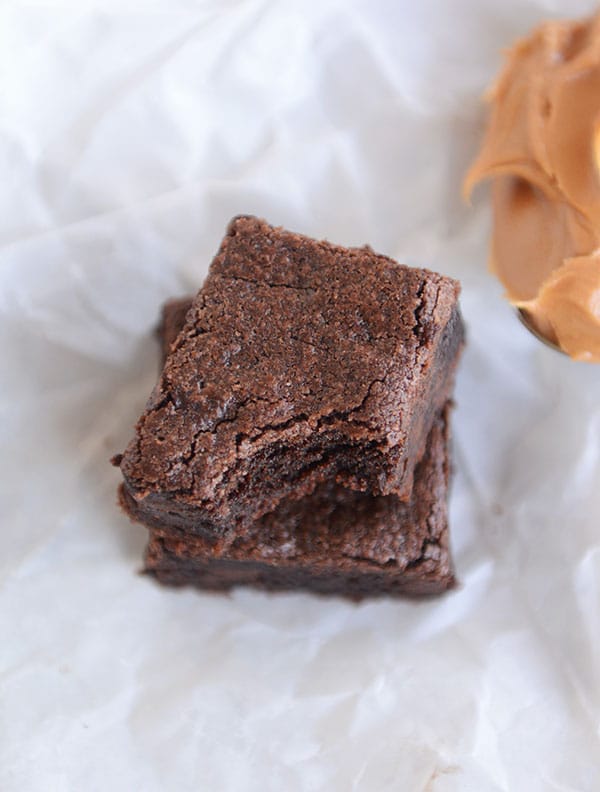 A MKC reader-slash-friend, Linda, sent me this recipe letting me know she won a bake-off with these divine double chocolate peanut butter brownies. I can attest that winning a contest with these babies is not out of the realm of possibility.

They are ridiculously yummy.

I’ve made them several times over the last few weeks and even froze a double batch for our family reunion at the beginning of July.

All I can say is more than one extended family member ended up in tears when the brownies ran out. (Ok, so both those family members were under five years old, but still, I think a few of the 35-year olds were fighting back tears, too.)

And I feel like a broken record since I’ve said this many times over the last few weeks, but these brownies are dangerously delicious straight out of the freezer.

Just had to get that little tidbit of knowledge out of the way. 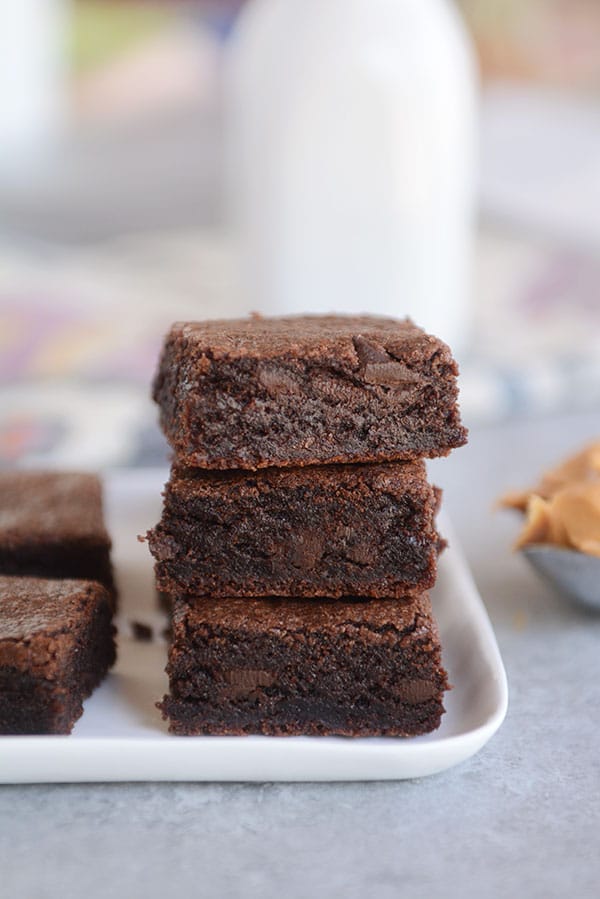 UPDATE: You can just skip over all the mumbo jumbo below about cocoa powder because Linda, who gave me the recipe, let me know that she’s always just used regular, unsweetened cocoa powder in these brownies and it works great! So there you go!

Can we talk for just a sec about the cocoa powder in the recipe? You’ll notice that it calls for Dutch-process cocoa power.

For recipes where no leavener is used (like this favorite brownie recipe or for puddings or chocolate sauces), Dutch-process OR natural, unsweetened cocoa can be used, depending on what flavor profile you are going for.

What does that mean for this recipe? I know some of you are wondering if you can you swap in natural cocoa powder for the Dutch-process?

I usually try to test that kind of thing out with recipes where I know it will be a big question, but even though I’ve made these several times, I didn’t try it because they are so fantastic just the way they are.

The deep, dark Dutch-process cocoa powder makes the flavor of the brownies mellow and rich and absolutely delicious. 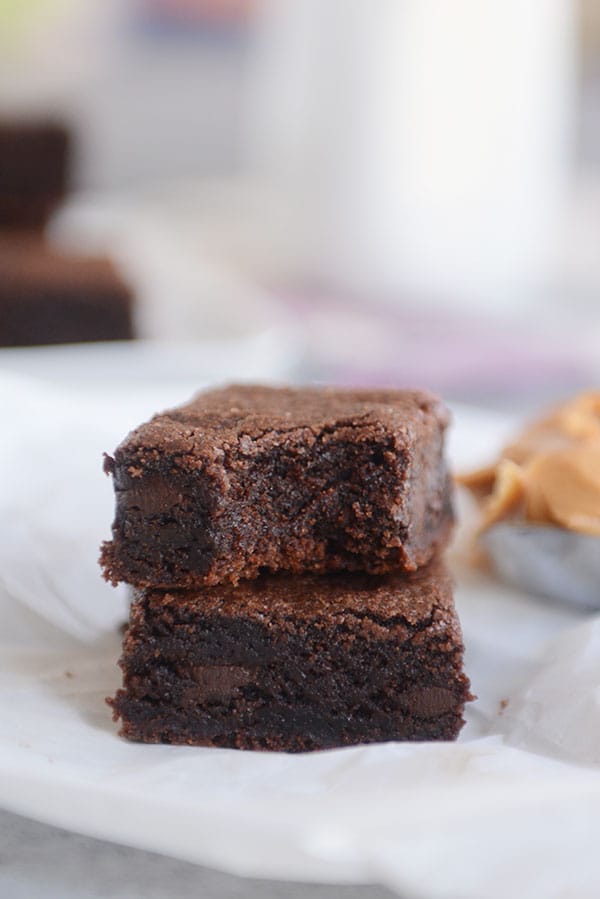 (UPDATE: Linda, who gave me the recipe says she’s only ever used natural, unsweetened cocoa powder. So never fear, it should work great!)

And if there’s ever been one recipe to give you that push to get some Dutch-process cocoa powder, it might be this one.

I’ve bought Dutch-process cocoa from many places over the years: Penzey’s, Amazon (the Droste brand), Winco (my local grocery store) bulk bins, Orson Gygi (in a 5 pound bag), and the Ghirardelli Majestic brand (also from Orson Gygi). I’ve been super happy with every one of those options. (The bulk bins and Orson Gygi’s large bags are by far the most inexpensive option.) 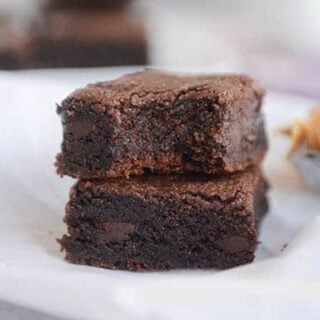 Cocoa: I've only ever used Dutch-processed cocoa powder in this recipe (the Ghirardelli Majestic brand - I've given suggestions for other brands up in the post), but Linda, who gave me the recipe says she uses natural, unsweetened cocoa all the time with great results (and she did win a bake-off after all!). Dutch-process cocoa will give the brownies a deeper, more mellow flavor - but it sounds like either will work!

Recipe Source: adapted slightly from a recipe sent to me by a sweet MKC reader, Linda T., who won first place in a bake-off with these babies! 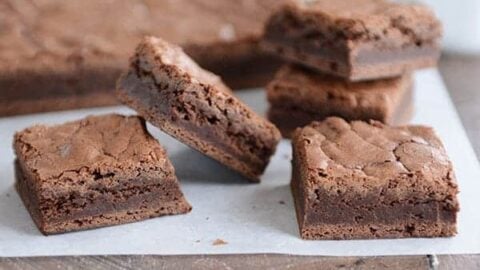 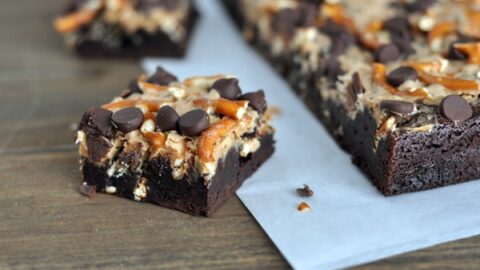 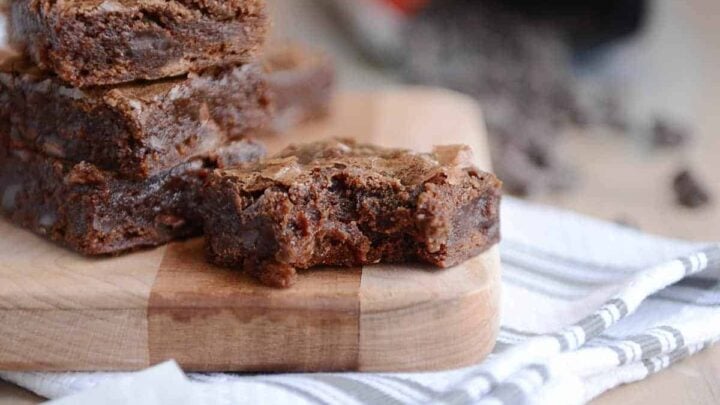 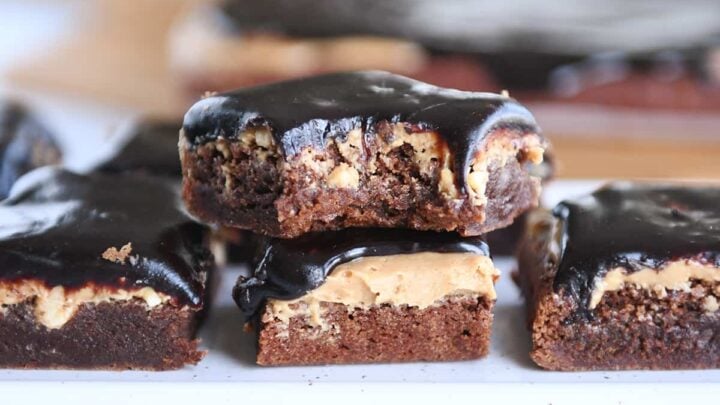