I haven’t always been a fan of french bread pizza. I know, it’s like the easiest meal in the world and I should be embracing it forever, but it’s the soggy bread factor.

I just can’t get over how the fluffy bread has a tendency to soak up all that pizza sauce and instead of that being a good thing, it ends in disaster: wet, soupy bread. Ick.

So I set out to find a way to make french bread pizza work for me and my soggybreadphobia. It’s a serious thing.

And after a few tries and experiments, I think I’ve got it. Hallelujah! Here are the keys to success since I’m sure you are dying to know:

1) lightly pressing down on the halved french bread (smooshing it, if you will) and

2) creating a barrier between the bread and the pizza sauce (hello, Parmesan!).

I am not the only one who clearly is averse to the soggy french bread pizza of my youth (sorry, mom); each of the tips above come from great sources (Serious Eats and Cook’s Country). I took their brilliant knowledge and kind of did my own thing with it.

I will say that if you are using homemade french bread (I almost always make this recipe with at least half whole wheat flour if not more), it doesn’t like to be smooshied quite as flat as the super pillowy and fluffy storebought kind.

Chalk it up to the powerful buoyancy of homemade bread…or something like that.

However, the compression still helps the crust to become a bit more dense to minimize the soaking factor, so persevere even in the face of bouncy bread, ok?

The good news is that even with these revolutionary new tricks, french bread pizza still manages to be one of the easiest meals in the world (storebought bread is a no-brainer and homemade can be made weeks ahead of time and frozen).

I’m really quite happy that I’ve made up with french bread pizza; I think we’ll be seeing each other quite often from now on.

Yes, the baked and cooled leftovers freeze great and reheat well in the microwave.

Can I use another cheese besides mozzarella?

You can definitely experiment with cheeses, but mozzarella works the best in my opinion. 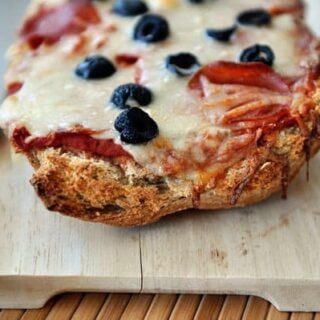 Sauce: if you use this fabulous pizza sauce recipe, you'll have some leftover which is perfect for dipping pizza slices if you or someone you know likes things a bit more saucy. Otherwise, a full batch of the sauce is perfect for a doubled recipe (2 loaves of french bread yielding 4 loaves of pizza).

Cheese: also, I use freshly grated Parmesan cheese - shredded on the small holes of my box grater and not the stuff in a can.

Toppings: ﻿I was quite vague on the pizza toppings - that's up to you! This recipe is more about the method and besides, the options for toppings are endless. 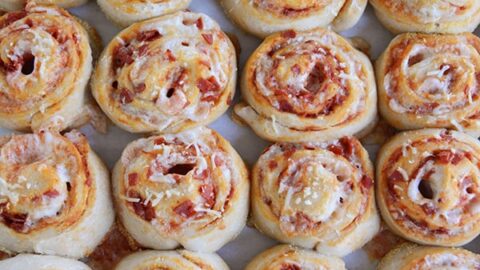 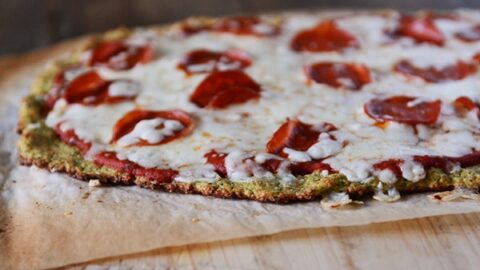 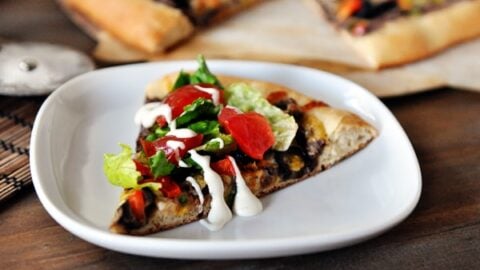 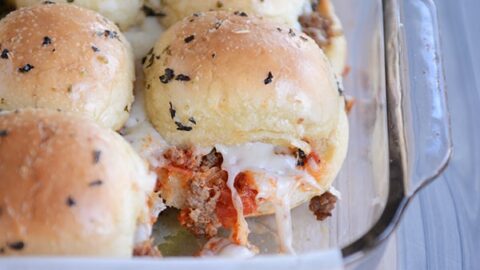