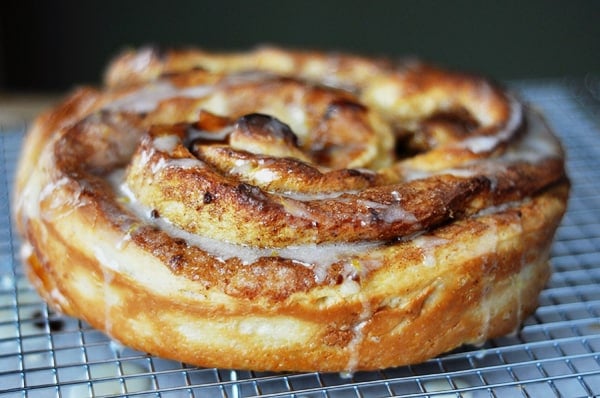 Giant cinnamon rolls. The process is a bit more unique than simply doubling the size of the cinnamon roll and I’ve fallen in love with the method because it is quirky, fun and results in a fabulously delicious cinnamon roll (think: lots of buttery, gooey, cinnamon goodness).

I’ve made these mammoth cinnamon rolls five or six times in the last couple of weeks and they are going to be the star of our upcoming Christmas morning. They fair beautifully well shaped in the pan and refrigerated overnight to be baked the next morning (with a little rising time in there) and the orange-infused cinnamon version? Oh my. Heavenly. Beyond.

I’m just hoping this newfound giant cinnamon roll creativity will still allow me to be satisfied with the average cinnamon roll. For now, these humongous cinnamon rolls are making a definite appearance in my past, present and future (hopefully not taking up permanent residence in my already growing thighs, but that is yet to be scientifically verified since I currently have a baby excuse to ride on).

Oh, and P.S….Merry Christmas! I hope you have a wonderful. merry weekend and I’ll see you back here next week with a few laid back recipes to be happy about (and for those of you caring enough to show interest, I’ll also have some really fun baby gender news to share which we’ll be opening Christmas morning). 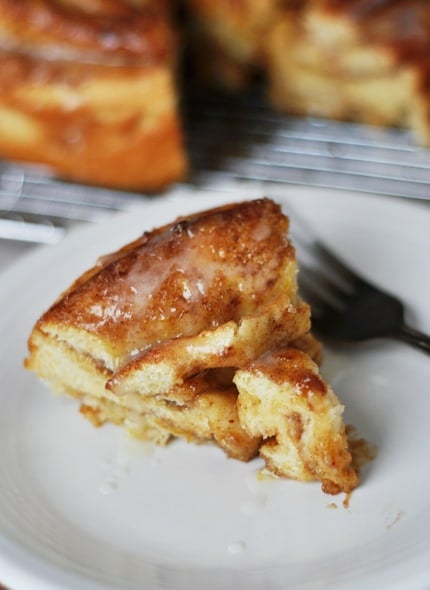 How to make this giant cinnamon roll ahead of time

This post on making cinnamon rolls ahead of time applies perfectly to any sweet roll…like this giant roll! 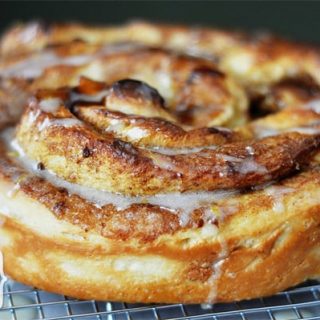 Orange-Infused: the rolls are for an orange-infused cinnamon roll. Beyond delicious. If you prefer traditional cinnamon without the orange flavor, simply leave out the orange zest in the filling and omit the orange zest and juice from the glaze, adding more milk for perfect consistency. You can also use the buttermilk cream cheese glaze from this recipe.

Make-Ahead: this post details how to make sweet rolls ahead of time. 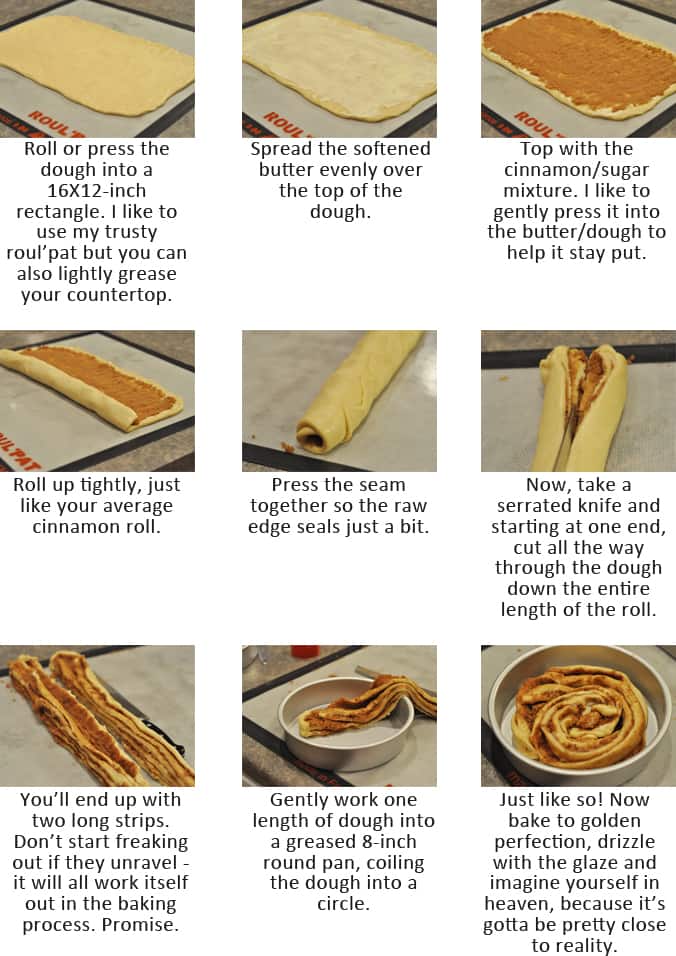