Looking for the perfect cinnamon roll recipe? This is it. These vanilla pudding cinnamon rolls are so soft and the frosting is delicious. 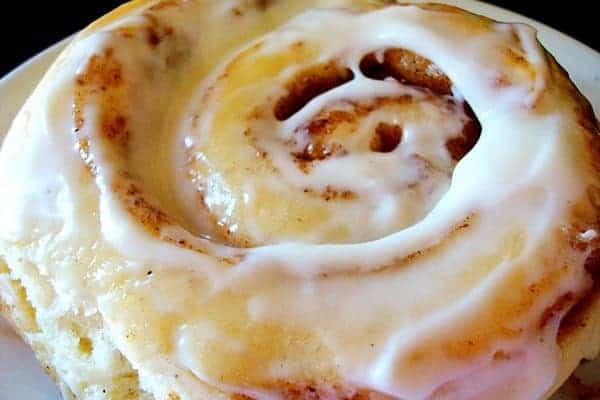 Per the requests I got after my last cinnamon roll post, here is the recipe for my tried-and-true vanilla pudding cinnamon rolls with cream cheese frosting.

The vanilla pudding is simply added to the dough to make it extremely soft and pliable – and oh, does it ever.

(No surprise, this recipe comes direct from my Aunt Marilyn whose recipes have made a great showing on this blog already.)

I made these last week and it confirmed my feelings: I am in love with these cinnamon rolls.

The dough is so extremely tender and soft, it will blow your mind, and the cream cheese goodness of the frosting is beyond delicious.

The filling is made up of brown sugar and cinnamon and it gives a great richness to the sometimes standard cinnamon and white sugar combo.

Oh my, these really are so good. I’m glad several of you requested the recipe because it gave me a chance to make them and reaffirm my vow to continue making them – it also gave me a great excuse to eat about 13 of them.

Just FYI: after many, many years on my site, these are still a favorite (and judging by the comments, I’m not alone!). In fact, some of you have even made these delectable vanilla pudding cinnamon rolls with homemade pudding as the base, and I can attest, after doing the same, that it is a wise choice.

This homemade vanilla pudding is a great place to start if you want to do that. 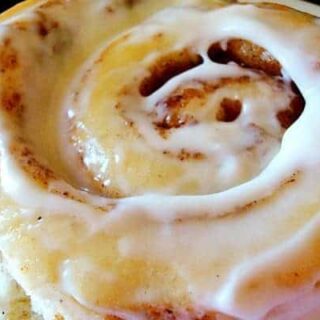 Homemade Pudding: over the years, many of you (including myself!) have had great success using homemade pudding in place of the boxed variety. If using homemade pudding, you'll want around 2 1/4 cups for the recipe. It can be slightly warm but make sure it isn't hot (if it's been cooked recently). Using warm homemade pudding will speed up the rising process which is notoriously slow in this recipe thanks to the cold pudding (if made from a box).

Rising: you can speed up the rising by preheating your oven to 170, immediately turning it off, letting it cool a few minutes and then placing the bowl of dough in there to rise more quickly (just make sure your oven isn't too hot!).

Flour Amount: as with all yeast doughs, I never use the flour amount called for in the recipe as a hard fast rule (unless a weight measure is given and then I pull out my kitchen scale). Because humidity, temperature, altitude and a multitude of other factors can impact how much flour you need in your yeast doughs, I always judge when to quit adding flour by the texture and look and feel of the dough rather than how much flour I’ve added compared to the recipe. This tutorial on yeast may help identify how a perfectly floured dough should be.

Freezable Recipe: after shaping the rolls and placing them on the baking sheet, cover with lightly greased saran wrap and a layer of tin foil. Store in the freezer. The night before you want to serve them take out the rolls and put them in the refrigerator. Let them thaw in the refrigerator. Take them out about 8-9 hours after being in the refrigerator and let them rise until doubled. Bake according to the recipe. (If you have less time, you can take the rolls out of the freezer and let them come to room temperature on the counter – about 4 hours, then let rise until doubled).

Make-Ahead: this post details how to make sweet rolls ahead of time.

Disclaimer: I am a participant in the Amazon Services LLC Associates Program, an affiliate advertising program designed to provide a means for me to earn fees by linking to Amazon.com and affiliated sites. As an Amazon Associate I earn from qualifying purchases.
Aunt Marilyn's No-Fail Recipes Breads Cinnamon Rolls Desserts Rolls Yeast Breads 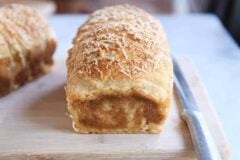