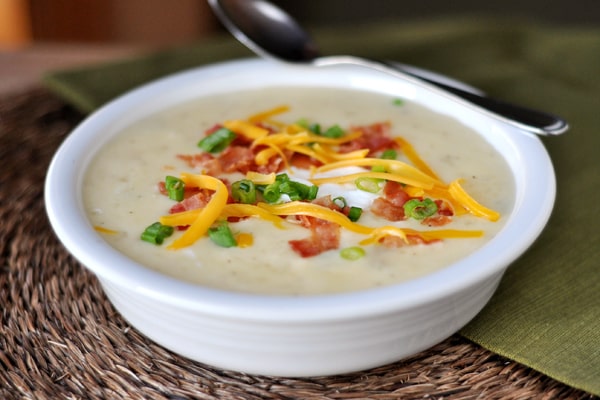 I have to admit that I’m not the hugest fan of straight-up, classic potato soup. At least the versions with chunks of potatoes, some type of thin, slightly creamy broth and maybe a few other vegetables thrown in. But baked potato soup is another matter.

This soup has some serious substance. I love the thick creaminess of the soup and the slight mashed, chunkiness of the baked potatoes. A hint of sour cream and cheese mixed in doesn’t hurt…nor does the bacon adorning the top.

This version is slightly lighter than some other recipes I’ve seen out there – making use of lowfat milk and light sour cream. Shockingly, despite my boys’ known aversion to potatoes, they ate this with nary a complaint! Of course, I let them put as many scoops of bacon and cheese on top as they wanted, but still, I expected a few groans and moans.

Simple in preparation and ingredients, this baked potato soup is an absolutely classic. A classic which will be utilized often this winter around our home, I am sure.

**Looking for Thanksgiving Dinner inspiration? Take a look at my menu-in-progress and plan away!** 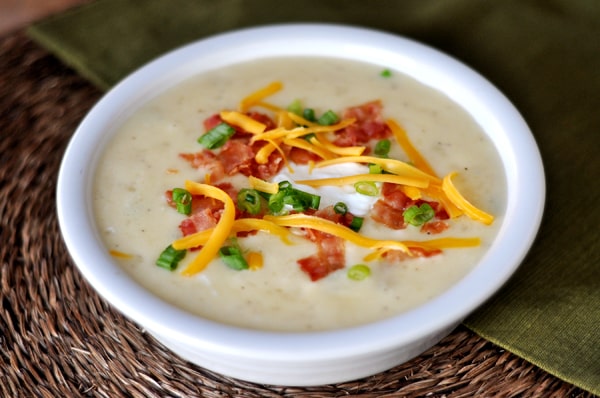 Rustic Crusty Bread (sliced with butter, or sliced and left plain for dipping)Steamed vegetable like corn or green beansSimple green salad (or something more fancy like this Massaged Kale Salad)

One Year Ago: Creamy Spinach Gratin
Two Years Ago: Thanksgiving 101: The Rest of the Recipes
Three Years Ago: Coconut Chicken Curry 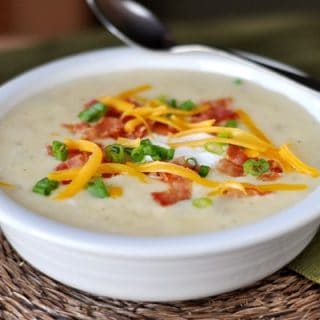 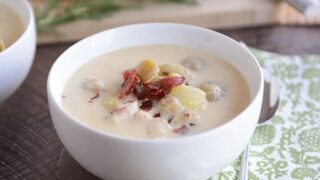 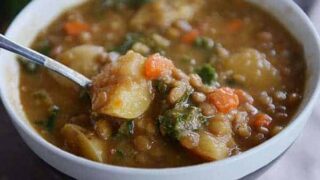 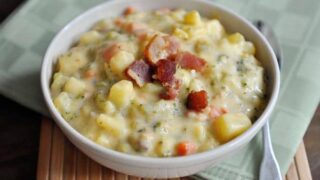 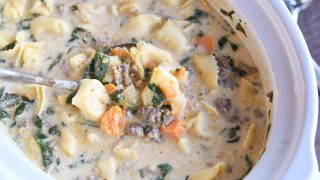