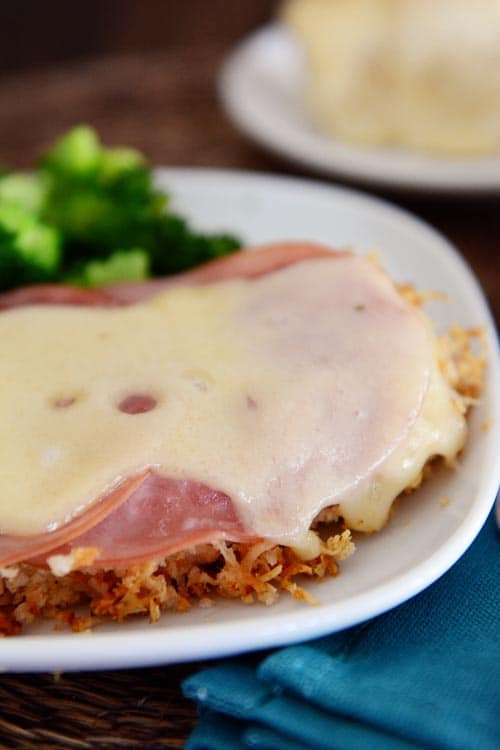 Clearly we picked the wrong day to move forward with a few kitchen updates.

Good thing I once upon a time lived in a hotel for weeks on end with our family of seven (was that really two years ago?) and became a superhero expert at making anything (and I mean anything) in the slow cooker.

But not this absolutely delicious, crunchy baked chicken topped with ham and Swiss – make it as written (sans crockpot). It’s flavorful, super easy and kind of reminds me of a laid back surfer’s version of the more gourmet chicken cordon bleu. 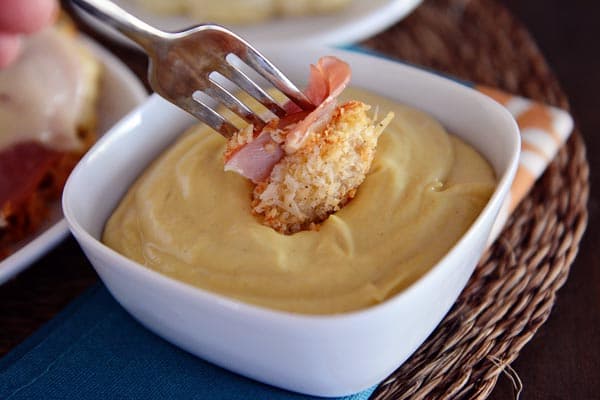 One Year Ago: Simple Homemade Haunted Halloween Houses {Plus a Revolutionary New Way to Stick Them Together!}
Two Years Ago: Spaghetti Pie {My Family’s Favorite Dinner}
Three Years Ago: English Muffin Bread 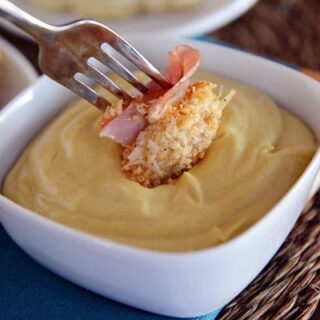 Chicken: if the chicken breasts you are using aren't thick enough to cut in half (to form two thinner pieces), pound them slightly and consider using a few more chicken breasts to equal the six pieces you would have if following the recipe instructions.

Ham: my favorite brand of ham deli meat is Hormel Naturals. The honey ham is delicious and works great in this recipe. 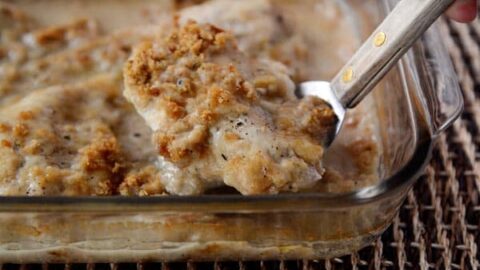 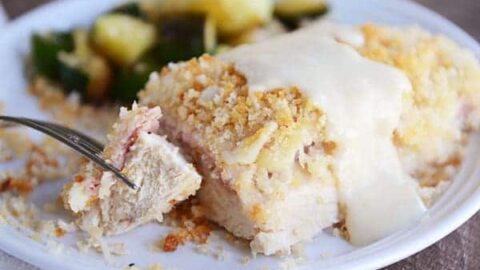 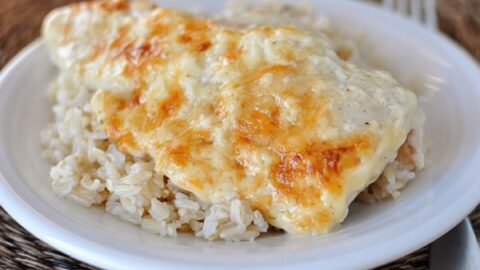 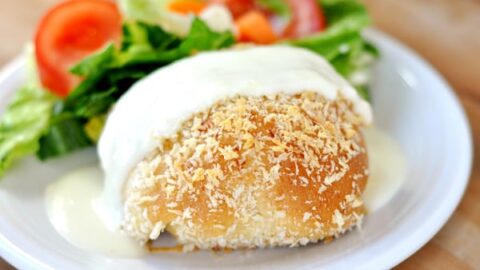