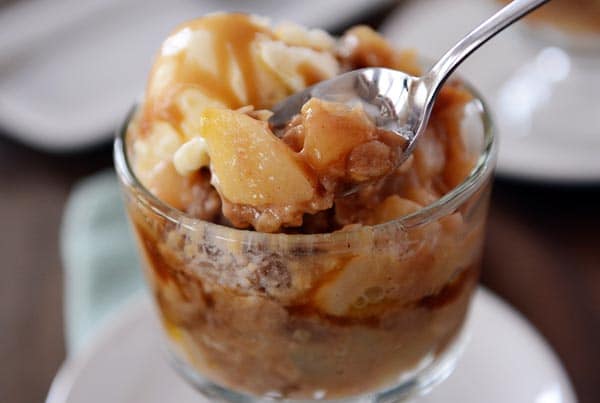 If you would have told me three days ago that a pear crisp, a divine caramel pear crisp, would render me speechless and make me question the most important parts of my life (like, why do I hide in the pantry eating dark chocolate chips when I could be eating spoonfuls of juicy, sweet pears encased in caramel and buttery, crisp topping?), I would have simply laughed (loudly because generally I kind of cackle instead of primly laughing) and said you clearly must be thinking of someone else with very different taste buds.

But that has actually happened, and while I’m not sure I know who I am anymore, I’m totally ok with that as long as pear crisp stays in my life forever and ever.

This easily (easily!) fills a slot in my top 5 favorite desserts of all time.

And if you think I’m being dramatic, my only response to you is: go ahead, make it and you’ll see what I mean.

I didn’t expect to love, adore and worship it to quite this extent, trust me. 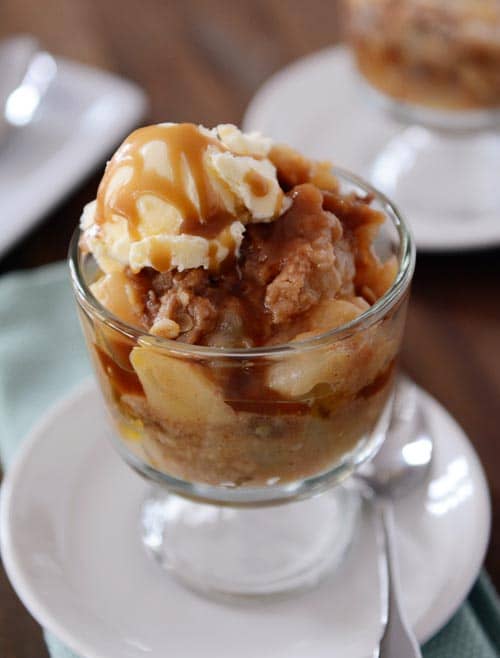 Perhaps it’s because while I enjoy an apple crisp here and there, I’ve never completely died over one, if you know what I mean. And I died. Over this pear crisp.

I really should just stop talking especially since I declared in the opening paragraph that I was rendered speechless (I was, but in true Mel form it only lasted for about 4 seconds).

Your life will not be the same until you make this. It has the perfect ratio of sweet, caramel-covered fruit to crumbly, buttery streusel. Plus, I created an easy, dreamy caramel sauce (that I’ll be posting about separately soon) that doesn’t require finicky methods but is right up there with my favorite caramel sauce of all time.

So basically, there are no excuses.

If I could request any kind of superpower it would be the one where I could make and deliver a warm dish of this to each of your kitchen countertops in the blink of an eye. Kind of like a pear crisp Santa.

Except that’s weird and kind of creepy (assuming I could just appear in your kitchen like that). So just make it, ok? I’m giddy with anticipation to hear what you think. 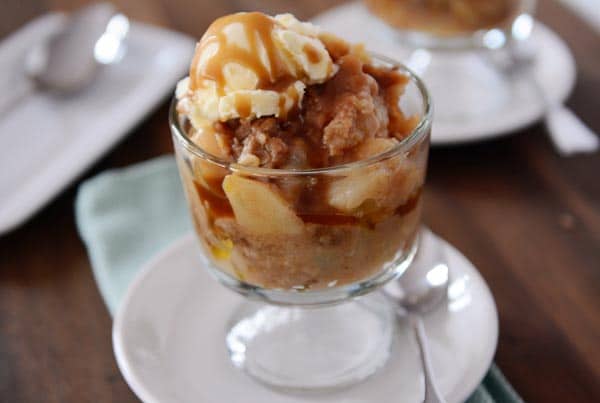 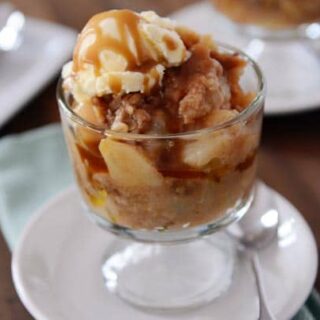 Pear: don't dice the pears too small or they'll turn to mush in the oven. I loved the larger chunks of pears - they'll soften just right while baking.

Make Ahead: ﻿also, the crisp can be made and baked up to a day in advance and warmed in the oven on low heat (about 200 degrees F) for 15-20 minutes before serving.

Recipe Source: caramel sauce from me, pear filling and topping adapted from Cuisine at Home “Celebrate the Seasons” 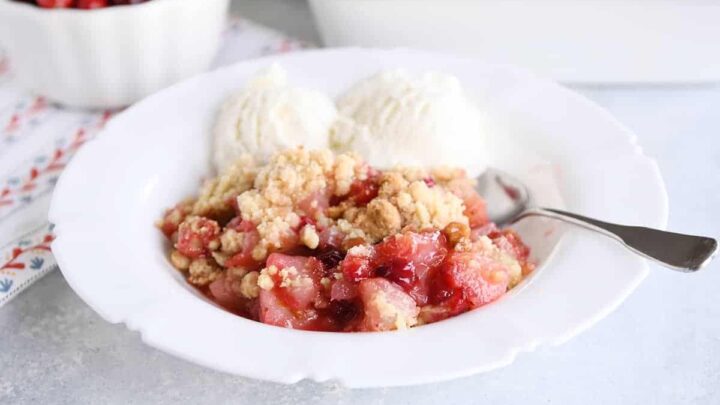 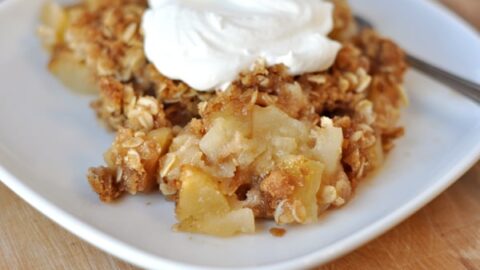 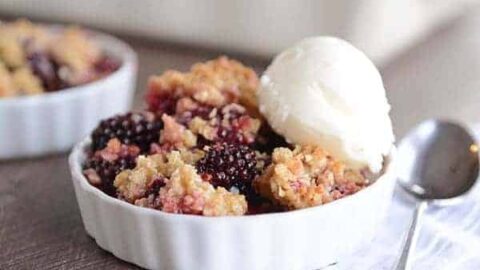 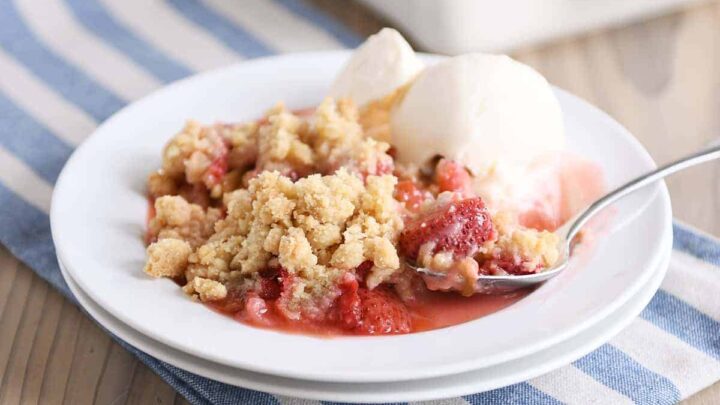