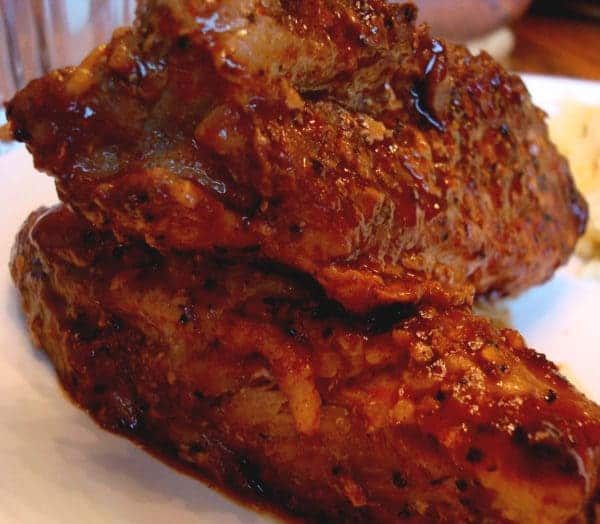 A few weeks ago I raved about some ribs I had made that were delicious.

I still adhere to my conviction that they were great, but the ribs I made a few days ago win the ultimate prize in tenderness and flavor.

I am still craving them, days later. And, my kids, who normally spend about 30 minutes gumming up a piece of meat before it is swallowable were chowing down these ribs because they were so tasty and tender.

The ribs cook in a crockpot the day before grilling and basting, which screams they will be tender as all get out, and I now know I will be using this technique forevermore with boneless ribs (I think ribs on the bone would fall apart in the slow cooker and wouldn’t work well on the grill the next day).

The homemade BBQ sauce is not only excitingly easy, it is so tasty! The chili sauce gives a tiny kick and the hoisin sauce adds a great depth to the flavor. 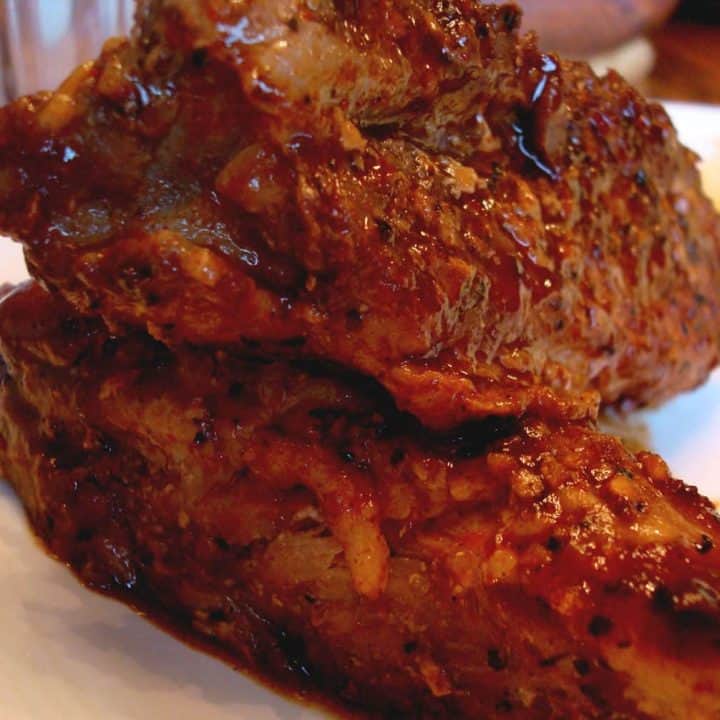 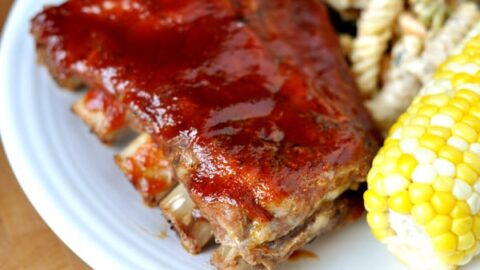 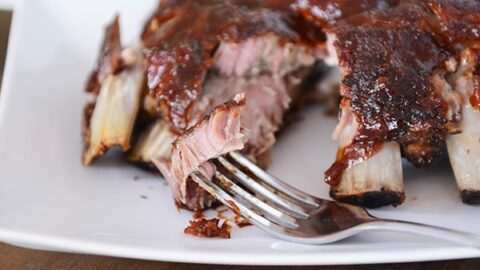