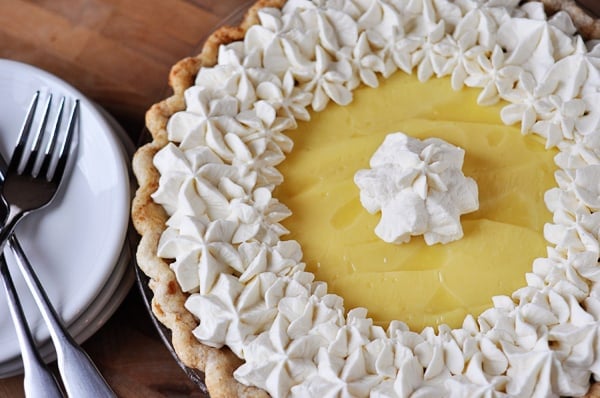 Before waxing poetic about the deliciousness of this pie, I’m going to give you a few “outs” in case you are looking at this recipe saying “there’s no way I would make a pie crust from scratch” or “this is way too complicated and I’d rather stick with boxed banana pudding in a crust” or “the frilly piped whipped cream on top is unnecessary and fills me with loathing.”

Here are your outs:
1) While this graham cracker coated pie crust is one of the most delectable I’ve tasted, I also quite enjoy cream pies (like this one) in every day graham cracker crusts so if the thought of pie crust from scratch terrifies you, simplify your life and stick with a graham cracker crust (or follow this little tutorial on pie dough). I won’t judge you since I often do the same thing.

2) The homemade custard is integral to the classic, old-fashioned taste of this banana cream pie and although it may seem intimidating to make the pudding from scratch, let me assure you that if you can a) use a whisk and b) use a whisk quickly, you can conquer this. It’s really that easy and doesn’t take a whole lot of extra time.

3) For all you haters, no need to pipe the whipped cream on top. Just slather it on with a spatula and call it good. It will still taste fan-diddly-tastic.

That’s all the caveats for now. But rest assured that this is not a complicated process. However, the end result of homemade banana cream pie is swoon-worthy.

My Aunt Marilyn and I have a long-standing joke/laugh wondering what it is with men and banana cream pie. Has anyone else noticed this? It’s like Man’s Favorite Pie. I swear. I wonder if there have ever been any scientific studies about male feelings regarding banana cream pie. I want in on the research. And just so I don’t sound biased and gender prejudiced, women love this pie, too. And kids. And puppies, for all I know. But men, especially.

I tend to change loyalties to pie crust with the wind. I’m not a pie making expert by any means and so sometimes making pie crust terrifies me and fills me with angst but I’ve realized the only way I’ll conquer this fear is to keep making pies.

Generally I eschew the use of vegetable shortening in just about everything (and usually use this all-butter pie dough) but I followed Cook’s Illustrated recommendation this time and made their favorite pie crust for cream pies, which uses butter and shortening and then rolls the pie crust in graham cracker crumbs (brilliant!) to give a wonderful hint of crunchy sweetness to the crust.

Since the shortening didn’t cause us to all immediately grow an extra nose  and the crust tasted phenomenal, I hereby declare loyalty to this method for all cream pies in the future. Unless I get lazy and just want a straight-up graham cracker crust. But until then…I’m loyal, baby. The crust would have been my favorite part except that I began really tasting the luxurious vanilla custard smothering the tender slices of banana and was lost forever.

This is a good pie, my friends. 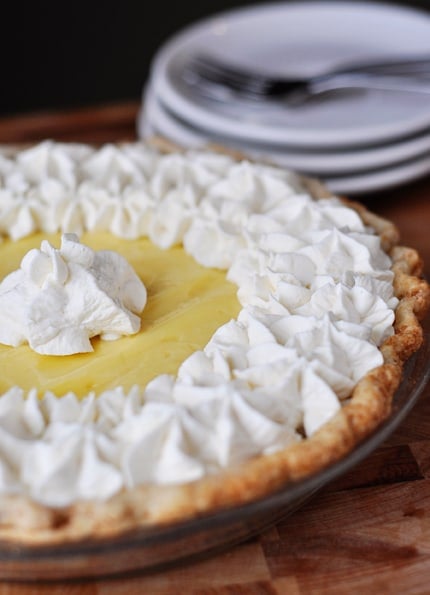 Also, if you are wanting an extra boost in pie making confidence, check out my Pie Boot Camp Series HERE! The series includes:

All About Pie Making Equipment Essentials

All About Blind Baking + How to Do It and Why (Bonus: Chocolate Ganache Cream Pie Recipe)

Double Crust Pies and How to Make an Easy Lattice Crust (Bonus: Printable for Easy Reference to Sum Up Pie Boot Camp) 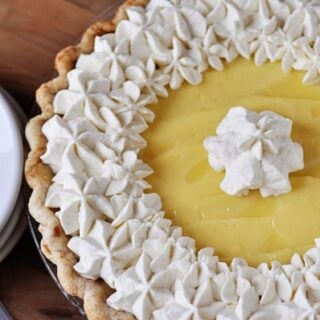 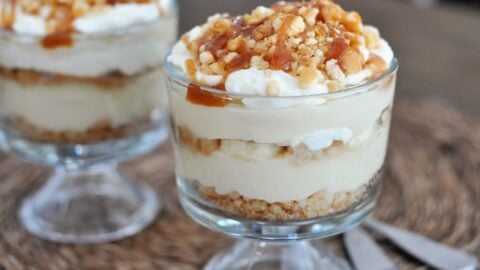 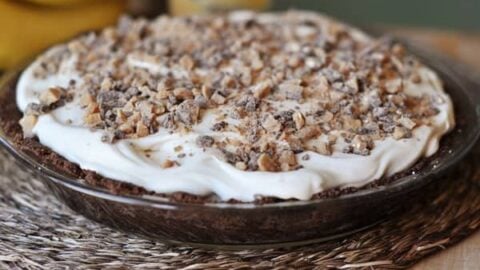 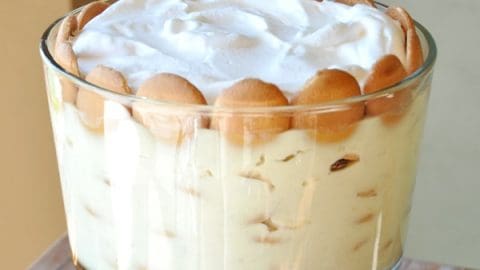 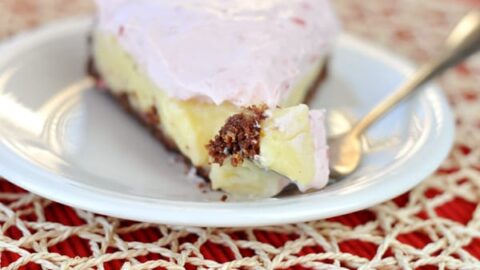